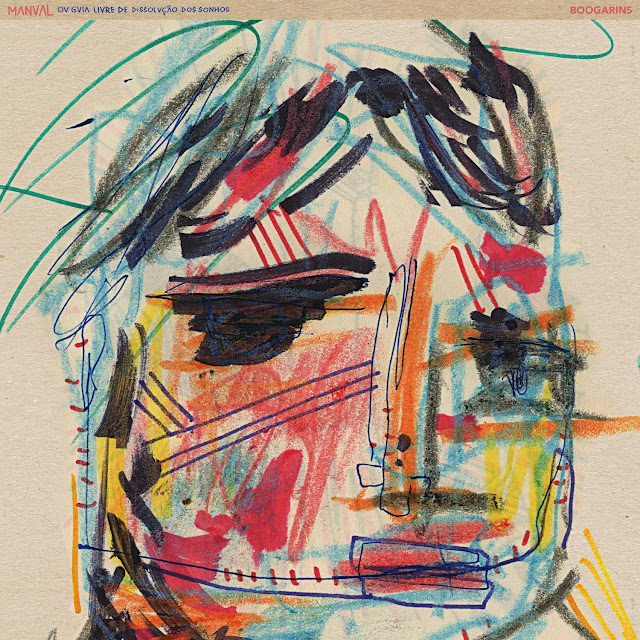 I really liked Boogarins’ 2013 debut, "As Plantas Que Curam". Of course, it all started with the excellent songs, but there was more, too. I loved the home recording that made it all sound authentically psychedelic, like a relic from 1969. I liked the fact that it was the work of just two musicians—Dino Almeida and Benke Ferraz—and that they had to solve problems with their limited personnel and limited resources. It all added up to a very engaging, charming slab of psych that sounded like a personal gift to the listener.

But the album garnered some attention, and the band hit the road with a proper rhythm section. So, when Boogarins travelled to Spain to record "Manual" in a proper studio, they brought with them their two new, permanent members: bassist Raohael Vaz, and drummer Ynaiã Benthroldo. And while they all came home to rural Brazil to record overdubs and mix the album, the sound is anything but the homemade concoction of the debut.

"Manual" opens with a short, noodly intro, after which “Avalanche” explodes out of the speakers, soaked in reverb and dripping with the epic, expansive, modern psych influence of My Morning Jacket. In fact, there is far more MMJ on this album than there is Os Mutantes or early Caetano Veloso. The fidelity is crystalline and the sound is huge, even in the quieter moments. “Tempo” follows, with dreamy, proggy arrangements, guitars that both sparkle and snarl, and a dizzying groove. The improved recording quality shines a light on the interesting chord voicings that were slightly obscured by the fidelity on their debut, and also on the excellent, new rhythm section, who spin a variety of dizzying grooves, all while remaining watertight.

It is a far cry from the humble, homemade, pure Tropicalia of the debut.

That’s not to say that the new turn is a bad thing, nor has the band forgotten their pedigree. They still sing exclusively in Portuguese, and even the most-modern sounding tracks on here carry the scent of Tropicalia. “Mario de Andrade – Selvagem” has a bit of Os Mutantes in the melody line, in the cadence of the singing, and in the break and the rhythmic shifts. And “Falsa Folha de Rosto” could almost be an outtake from a late 60s Tropicalia classic.

But young bands are supposed to grow, and Boogarins has grown in every single way. The larger budget has allowed Almeidz and Ferraz to explore their songwriting, expand the arrangements, and create more-densely layered songs. And the addition of Castro and Vaz has given them even more freedom to build upon their increasingly complex compositions.

There is a lot here for the listener to explore, and the clarity of the recording lets us hear every bit of it. I cannot wait to find out what I am going to hear from them next. But in the meantime, I am going to enjoy the hell out of what I have right now!