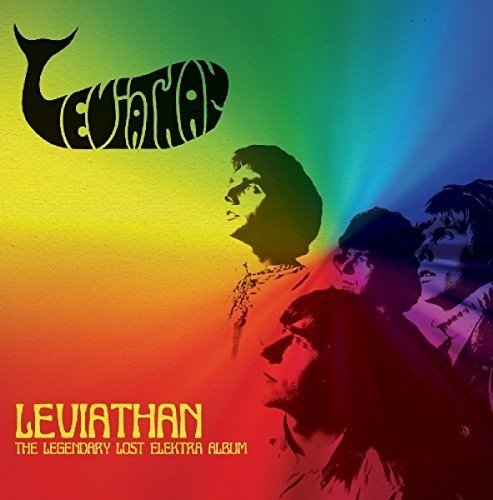 The Mike Stuart Span may have a pretty formidable reputation in hindsight, but during their heyday they were somewhat down on their luck (as evidenced by the "A Year in The Life" documentary which is sporadically available on youtube). No surprise then that the boys leaped at the chance to record for the legendary Elektra label, something only one previous UK band (Eclection) had done at this point. Elektra head honcho Jac Holzman had a couple of conditions though; first and foremost a name change to a more monolithic moniker -Leviathan in this case - and while you're at it lads, how about a few heavy blues numbers ala Led Zeppelin?

With that in mind they set to work on a rather splendid album that was pulled at the last minute by Holzman and not released officially until 1990, and then only on vinyl. This release from Grapefruit Records represents its first release on CD and is very welcome indeed - particularly as it includes several previously unreleased recordings as extras.

Ironically the weakest cuts on offer here are the heavy blues numbers which come off as leaden and cumbersome, but they're a very small minority here with the bulk being made up of material from the Mike Stuart Span days, as well as newer material that aligns more closely to the Span's more convincing psychedelic tendencies.

The Span were unusual for the time in that they didn't have a psych-pop period in the wake of "Sgt Pepper's..." like the majority of their peers. Instead, there's was a gradual evolution from freakbeat to heavy psych, and as a result here, the guitars are pretty wild at times with barely restrained feedback and plenty of tasty tremolo bar abuse. The incendiary lead guitar riff that kickstarts Flames could even be mistaken for a vintage Iron Maiden song - perhaps a subliminal influence on "Aces High"?

Elsewhere, numbers like the moody epic "Time" show admirable restraint and depth that hints there could have been a lot more of interest in store had things panned out well for the band.

Holzman unceremoniously pulled the plug on the album at the last minute though and the rest, as they say, is history. History lessons are rarely this captivating though and Grapefruit Records are to be thanked for blowing the dust off of this tome. Recommended.