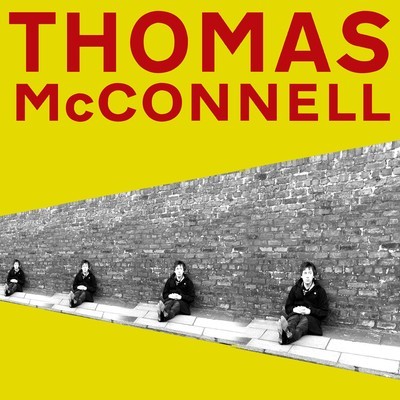 Thomas McConnell is a name you may not be familiar with so far, but if there's any justice in the world it's one you'll hear spoken more and more often in the future.
His clips on Soundcloud have more comments than any I've ever seen, and one listen reveals why, and emphatically so. The seven songs he's grouped together as "Songs to Make Your Boots Sizzle", sound like something someone has brought back from a parallel universe where Abbey Road was a three sided record with side three being all Macca.
Remember the cassette tape that was brought back from an alternate dimension where the Beatles never broke up a couple of years ago ( read the story here )? While that ended up being a cobblers mash up mix of post Beatles solo tunes, had said lunatic furnished us with "Songs to Make Your Boots Sizzle" instead, his story may have been given far more creedence.
I'd go as far to say that McConnell has given us a better McCartney release here than Macca himself has delivered since Band On The Run ( and don't get me wrong, I'm a biiiiig fan of Sir Paul ). Not bad for someone who is just uploading his material on Soundcloud himself.
So yes, a love for the Beatles is certainly a prerequisite to enjoying this, but that doesn't seem too much to ask as they're arguably the most influential musicians of the twentieth century.
The songs on here aren't blatant rewrites either. Where songs by Beatle fans tend to often be directly traceable back to their source material, these songs are different. There's no denying that they're hugely Beatlesque, but they don't bring to mind particular songs as templates. Thomas instead seems to have tapped into some communal creative mind that McCartney was attuned to in the late sixties and early seventies, the result of which is songs that sound like previously unwritten Macca tunes rather than the rewrites we so often hear from others.
Don't believe me? Check out "Penelope Definitely" and "Lonely Mr Bigshot" now and marvel. Stunner.