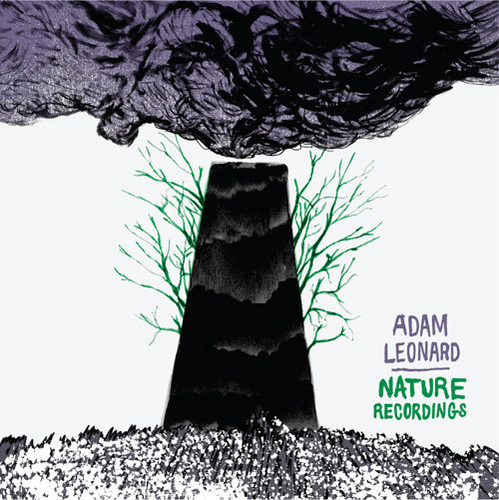 Initially only available as a limited edition ( and long out of print, damn! ) vinyl, the good people at Folk Police Recordings have done their bit in making sure that this excellent album gets another chance to be discovered by a few more adventurous listeners by releasing a CD version as the flagship release of their Northwestern Series subsidiary label. It's a limited edition of 300 hand numbered copies, all of which would be long gone if there was any justice in the world, but a little bird tells me that there are still copies available so get in quick!
Oh, you want to know what it sounds like? The closest comparison I can come up with is Syd Barrett backed by the Third Ear Band, although this isn't immediately apparent with the opening two tracks being more ramshackle pop psych than experimental folk, with an inventive reading of Robyn Hitchcock's "The Man Who Invented Himself" as well as Leonard's own "Lillian, The Lovely" - certainly the prettiest thing to be found here.
He then heads for the backroads with a more idiosyncratic and some ( e.g myself ) would say more rewarding approach.
"Dawn Rain / Grissom Aloft" showcases Leonard's superior acoustic guitar skills before it's consumed by sinister ritualistic Morris percussion, while "The Archaeologist" is a fine harmonium and vocal piece that wouldn't sound out of place on a Nic Jones record.
Side Two is were the real treasure is buried though - the four part "The Eighth Tower" is an ambitious and adventurous multipart epic which recalls the spirit if not the sound of earlier masterworks by like minded non-conformists like Roy Harper's "Stormcock".
It works it's way through many moods and styles in it's twenty five odd minutes, all seamlessly entwined until it unwinds itself into an almost mantric wordless vocal chant, like some pagan "Hey Jude" which is as lovely as it is hypnotic.

You can buy it here from Amazon.co.uk
or here direct from the label.