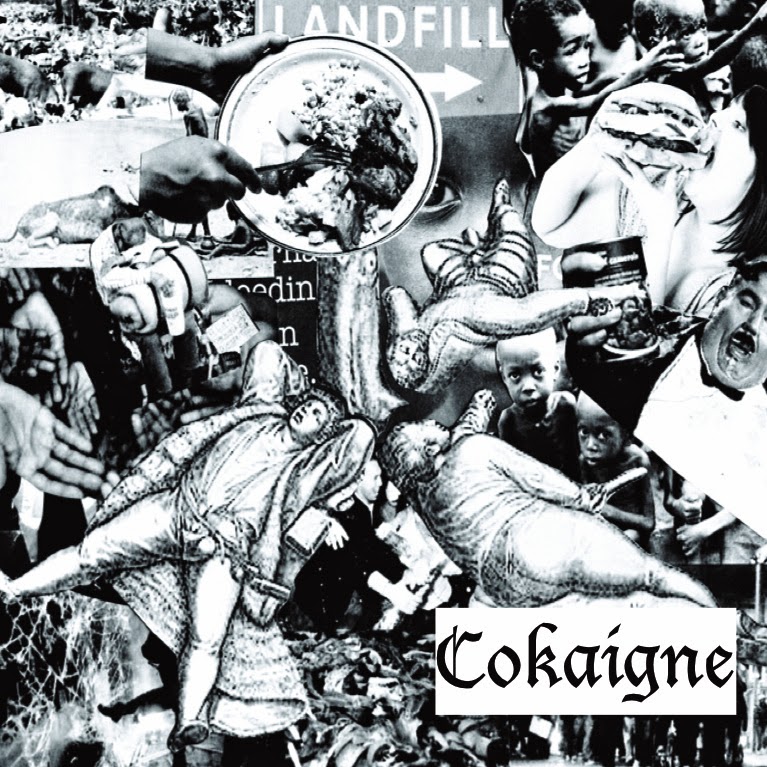 Heed the Thunder may be a name that is familiar to fans of wyrd folk kings and queens Sproatly Smith, consisting as they do of three fifths of the band. And for those who have not stumbled upon either act; you are in for a serious psych folk treat. Previous long player "All Those Black Years" (released by Reverb Worship) had certainly attracted its fair share of critical acclaim but it is with their new release that Heed the Thunder will surely garner more widespread and much deserved attention.

Hugely accomplished and deeply melodic, yet with fascinating and curious weird angles and shadows, this is an album that will happily nestle between more mainstream acts such as Alasdair Roberts or James Yorkston yet will also delight fans of The Rowan Amber Mill, The Familiars and the wyrder stream of UK folk that is currently lurking in the shadows and forests around this septic isle (such as Sproatly themselves).

"Blackest Night" is an especially effective opener, delicate harmonies leading into a gentle but haunting, glistening landscape of accordion, banjo and guitar. "Interested In People" fizzes and hums with Mark Water’s Pentangle style double bass, shimmering picked guitar and slabs of echo that add a dark midnight sheen to back Alex Gordon and Kate Gathercole's intertwining vocals. Mysterious, brooding yet also intensely memorable, there is a rustic Floydian wash to the band's sound that creates a timeless, classic feel; this is further emphasised by the sparkling and crystal clear production. "Basilisk" is a melancholy traveller’s paean, descending guitar arpeggios leading to an epic and most unexpected Mariachi trumpet freeform blowout, giving the song an extra twist before a more urgent "Forever Changes" style acoustic guitar propels the song along. As a listen, it is both exhilarating and unique. Special mention must be also given to the interplay between Alex Gordon and Kate Gathercole's vocals, sounding not unlike a Jansch and McShee for the modern age.

"Street Life" is a strummed, styled "Bryter Layter" late night brooder, with blasts of fuzz guitar adding those curious and ingenious odd angles again. Gordon's piano work and Water’s evocative bass provides a smoky, "Northern Sky" vibe and conjures up an autumnal and sepia tinged atmosphere. "Drink up and Go", prominently featuring Kate Gathercoles' banjo, is a plaintive country tinged epic; the combined vocals of each of the group lifting the song to dramatic and widescreen heights. Fans of Candidate (especially their Wicker Man influenced album "Nuada"), Fleet Foxes and REM’s more wistful and profound moments will find much to love here. "Will To Succeed" is also built upon the sound of the banjo and smothered in almost hymnal hushed harmonies to create a hazy, late summer mood before defying convention and speeding up into something a little bit terser and more barbed. The band themselves describe their sound as ‘Folk Brut’ and there is something here of the delightful, rough edges and unexpected and wilful twists and turns that this description conjures up. There are thorns in amongst the roses and shadows amongst the late afternoon sunlight.

"Horrible Condition" also begins in such a spiky manner, tense plucked bass and sharp piano notes lead into a shanty of truly dipsomaniac tenancies. Somewhat Kinks-ian in its English jangle and "Harry Rag" rhyming verse the song propels along enticingly before dropping into a terse and scraping trumpet solo. It is truly a shiver inducing moment when the piano and guitar kick back in for the final few bars. Closer "Lucky Man" staggers amidst a trumpet and bass jazz inflected cabaret stomp, accordion decadently counting out time – folk vaudeville perhaps? It is a stunning finish to a hugely impressive album. You are left feeling that you have listened to something that will have wide, perhaps even mainstream appeal yet are also conscious of all the ‘what on earth was that?’ moments. It is undoubtedly a difficult balancing act to achieve yet Heed the Thunder make it seem effortless.

This fine album is available now at the band’s Bandcamp page as a download or as a limited CD in beautiful, gatefold, recycled card packaging with lyric insert and additional artwork by the band’s Kate Gathercole. Take heed!