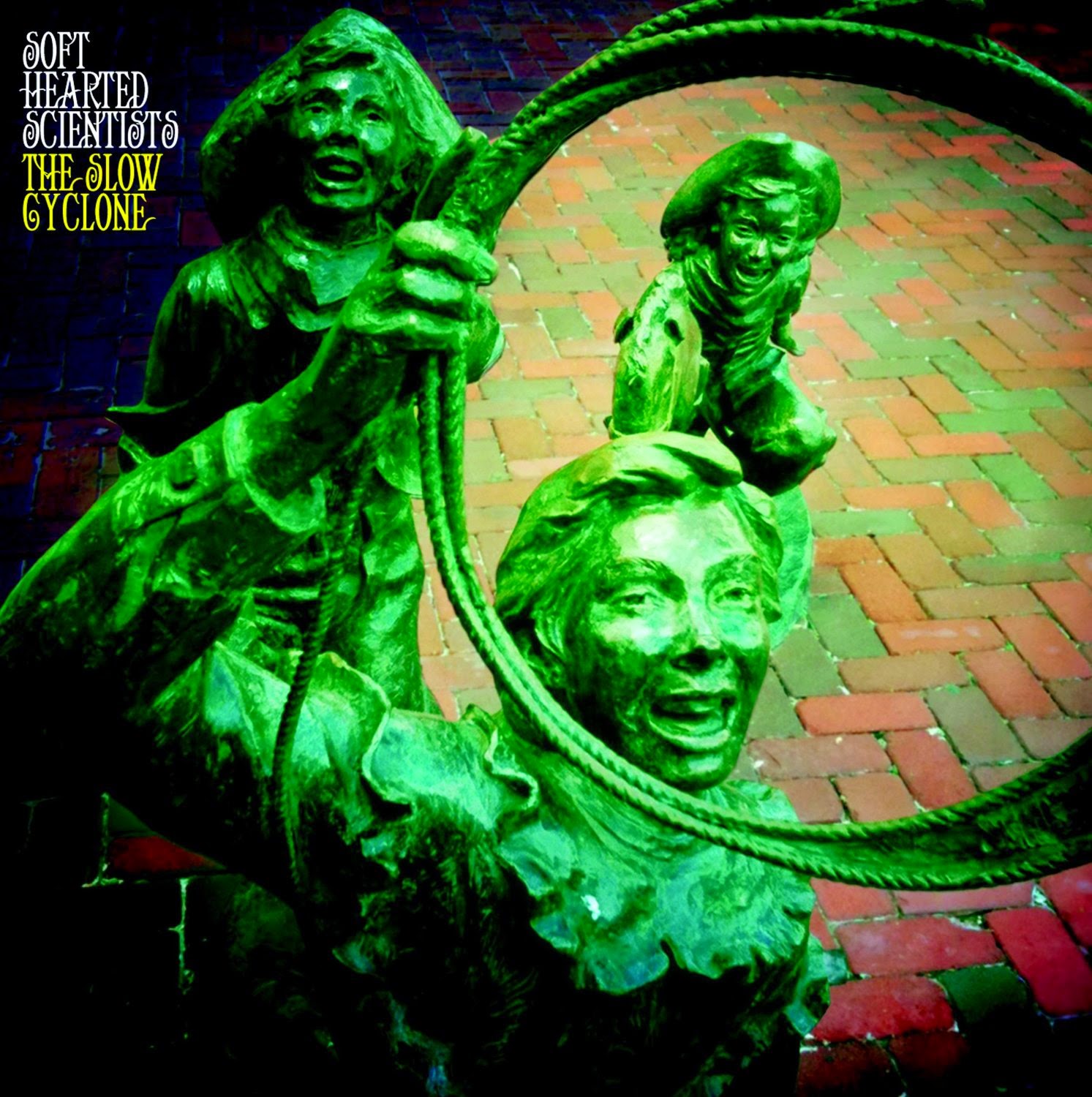 The Softie's previous effort "False Lights" was my top album of 2013, so it won't surprise you to learn that its follow up, "The Slow Cyclone" has been much anticipated in these quarters. Their blend of the childlike and the subversively sinister, is certainly not one that is destined for mainstream success, but there's a reason that fans of the band tend towards the obsessive, and "The Slow Cyclone" is as good a place as any to begin obsessing.

Where "False Lights" was (at least comparatively) concise, "The Slow Cyclone" is a sprawling opus of an album, stylistically diverse enough to at least imply a "White Album" sort of status.

Recorded piecemeal in three home studios, the album is split into four, side length collections of songs, interspersed with effective fragmentary interludes which range from BBC Radiophonic Workshop style synth burblings, to lovely baroque harpsichord pieces that those visited less often by their muse would feel impelled to get more mileage from.

More often than not though, the tunes on "The Slow Cyclone"are fully developed and quite, quite lovely. Chief scientist Nathan Hall dominates as usual, with his layered production style combining perfectly with hypnotic, circular melodies that sound immediately familiar, and reveal deeper pleasures on repeat listens. You're unlikely to hear a catchier song this year than "The Ups & The Downs" or "Hermit Crab". The increased playing time also allows other scientists the opportunity to shine, with the lovely "Sonar Rays" making the waiting time between Fleet Foxes projects a little easier to tolerate, while "For You" would make a suitable sparring partner for Candidate's better moments.

And there's plenty more to discover too, with each play revealing hitherto unsuspected melodic twists amidst its rambling narrative, suggesting that it's an album which is likely to continue offering surprises well into the future.

This is one to get cosy with and spend some time soaking up.

"The Slow Cyclone" is available on CD, and as a digital download.