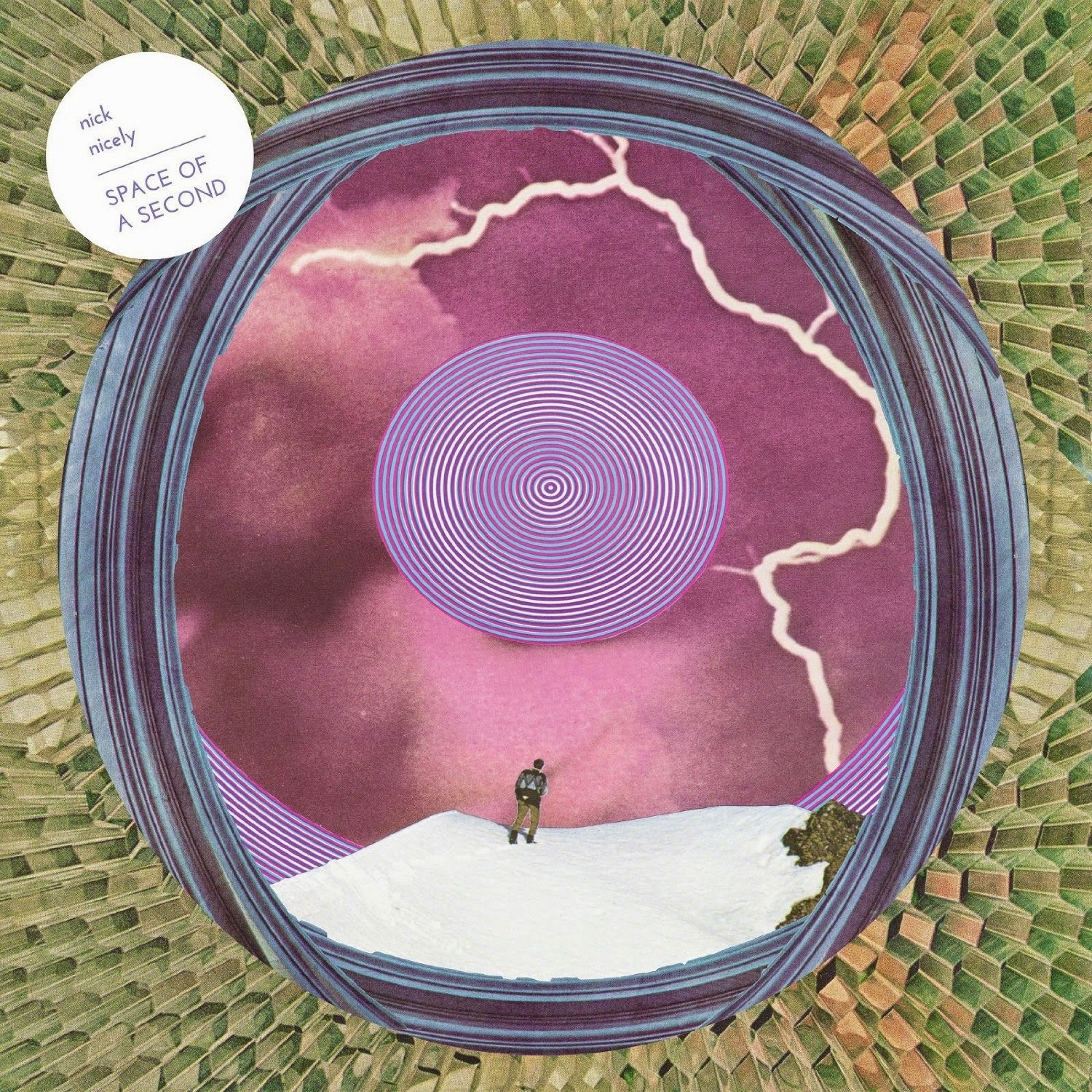 When Nick Nicely released his second single, "Hilly Fields" in 1982, NME were quick to proclaim it "the best psychedelic record made since the '60s". "Hilly Fields" innovative fusion of whimsical Beatles / Barrett psychedelia with Neu / Numan synthesizers and electronica was an extremely important link in the chain that led to the current psychedelic renaissance, but despite this, Nicely soon disappeared down the rabbit hole himself. It wasn't until reissue culture caught up with him in 2004, that his debut full length "Psychotropia" was finally released, with momentum steadily rolling ever since.

And that about brings us up to "Space of a Second", Nicely's brand new album, out on the 29th of this month. It's had a long gestation, and I've seen reference to it being ready to release dating back to at least 2011, but no explanation as to what has kept it from us until now.

Be warned. "Space of a Second" is by no means an easy record, and this may have a lot to do with why we're only just getting to hear it now. There are achingly lovely tunes to be found here, but as Nicely fans will have come to expect by now, they're cloaked in a dense, and often disorientating kaleidoscopic fog, with layers of electronics fading in and out of the mix. Snatches of tune emerge briefly, before being snatched away and smothered by waves of dubby psychedelic weirdness.

This being the case, "Space of a Second" does take its time to progress from being an intriguing listen to a truly satisfying one, but the patient listener will be rewarded tenfold. "Space of a Second" is truly in a field of its own, and is unlike any other album that you're likely to hear this year. If we ever get the chance to hear the Beatles "Carnival of Light", I have a sneaking suspicion that it'll sound a little like this.

And the largely acoustic (but still very lysergic) version of "Hilly Fields" on here is a quite lovely touch. Recommended if you're willing to invest some time.

"Space Of A Second" is available here on vinyl, and CD.