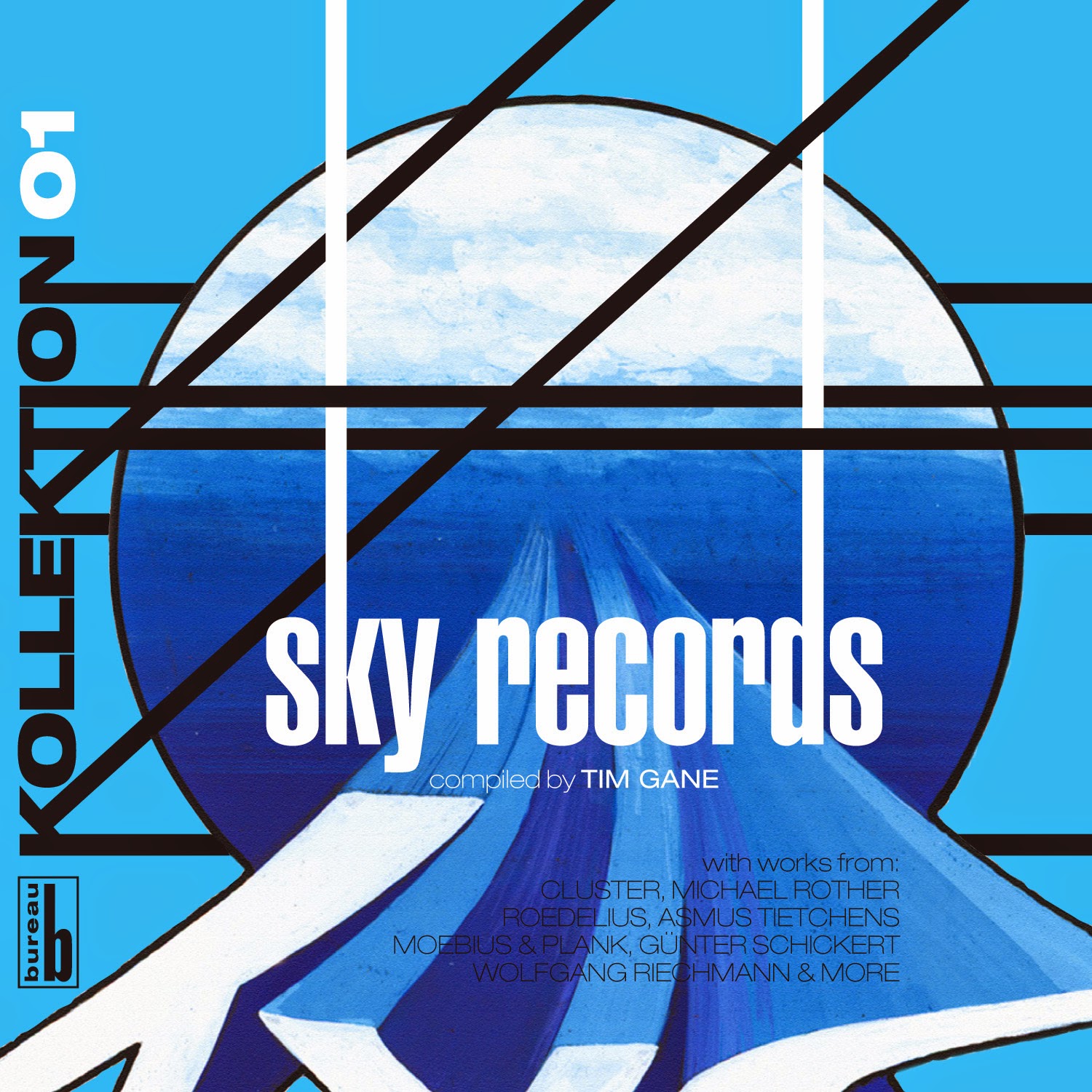 Excellent German experimental / Krautrock label Bureau B are continuing to branch out with this new series of compilations in the "Kollektion" series.

The first release in the series sees former Stereolab geezer Tim Gane (who is currently doing awesome, experimental things with his new outfit Cavern of Anti-Matter) raiding the archives of seventies / eighties krautrock / kosmische label Sky Records for a definitive portrait of a label beloved by collectors, but largely unknown outside of these circles.

Sky Records was founded in 1975 when Günter Körber quit his job at Metronome where he and Bruno Wendel had spent four years developing and managing the legendary BRAIN label. The material Körber featured on the Sky label largely orbited around the music of Cluster & Roedelius, and this collection showcases this with a synth-heavy selection of tunes that emphasises the label's kosmische direction and largely bypasses the motorik rhythms currently in vogue with German underground music of this era.

There's plenty of variety too. It's occasionally challenging; Moebius & Beerbohm's proto jungle / industrial "Doppelschnitt" is lengthy and repetitive, even in an edited form here which is less than half its normal length, but there's no argument over how groundbreaking it must have been at the time. Elsewhere Roedelius contributes the gorgeous, crystalline "Glaubersalz", which has seventies nature documentary written all over it, and seems frankly unbeatable. But beaten it is, by Günter Schickert's lovely, pastoral "In der Zeit", an odd, acoustic field recording which quietly takes charge and acts as a focal point on an excellent, varied set here.

I'll definitely be investigating Sky Record's output further after hearing this, so mission accomplished I guess!