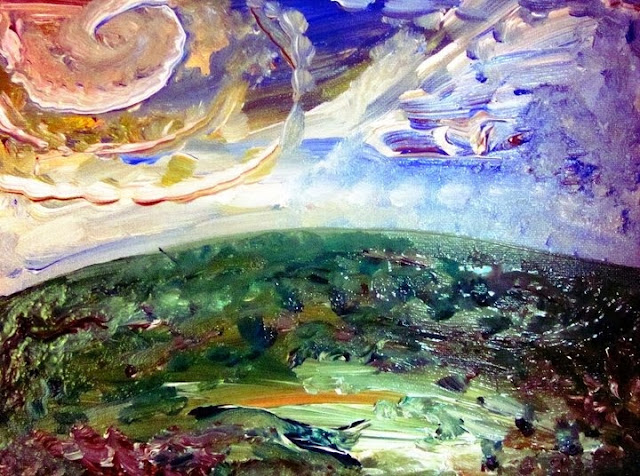 Hailing from Philadelphia, the launching pad for many great neo-psych groups, we now get The Orange Drop. This band is the soul-child of Marc-Andre Basile, whom you’ll remember from his stint as the bass guitarist in the wonderful House of Fire. The new record is called "Catharsis", a wonderful and introspective ten song effort that blends dreamy psychedelia with some darker, acid-laced sounds of the sixties.
The well-named "Catharsis" suggests a very personal record, and there’s a softness and introspective quality that often comes through. Washed out effects predominate the vocals, but there’s just enough there to give you a sense of earnest longing and heartfelt passion. Acoustic guitars lay a foundation for this dream-induced approach to vocal takes, and when the organs and electric guitars come in, the end result is a very evocative experience – like wandering the streets of Paris with a head full of mushrooms.
Brian Jonestown fans (particularly the early records like "Methodrone" and "Take it From the Man") should appreciate The Orange Drop’s approach that is at once lo-fi and polished. If this is garage rock, it was made in a garage that conceals an amateur LSD lab. There’s a definite feeling of late sixties California here as well, and even during the moments of darkness ("Mind Honey", "Soul Cleanser") there is always a sense of distorted sunshine getting through.
Stand out tracks include the brilliant "Ginger Girl" (with its wah guitar solo / outro that I want to go on for the rest of my life), "Qui es-tu?", "Marshmallow Fluff" and "Soul Damage". There is also a rocking little number called "Shotgun Alley", featuring the vocals of Lara Allen that breaks the mood a bit, but stills feels very much of a piece. Perhaps my favorite song on the record is "More Fire", with it’s distorted guitar and driving rhythm.
The Orange Drop have created a beautiful dream piece with "Catharsis", and it’s a dream from which you may not wish to wake.