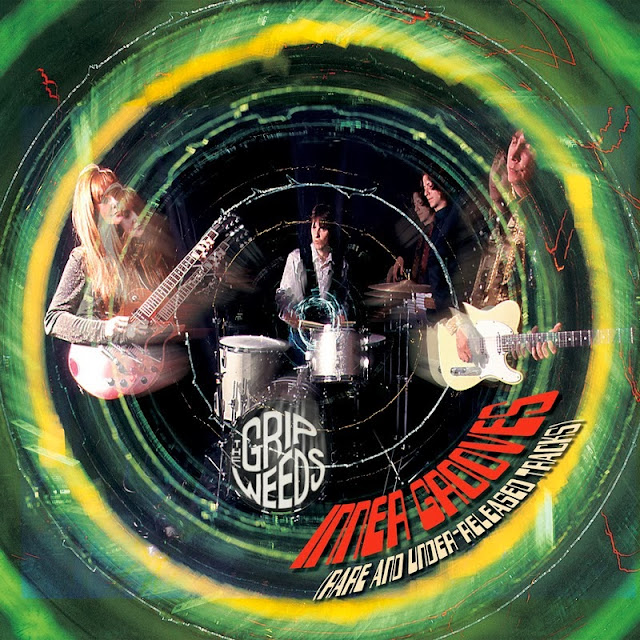 Named after John Lennon's character in the 1966 movie "How I Won The War" and with a sizeable back catalogue, mostly on highly respected (and now missed) neo-psych label Rainbow Quartz, you know exactly what the Grip Weeds are going to sound like before you hear them - except they're even better than you expect them to be.
Fans of Beatley powerpop with a Byrdsian twist will find much to love in their back catalogue, so where does this archive dredging catch-all fall?
With the qualifier "Rare and Under-released Tracks" added to the title, you could be forgiven for thinking that this is one of those releases where die-hard fans only need apply. You'd be unwise to think so though, as the Weeds have such an unfailing grasp of melody that even their offcuts and giveaways have a way of making themselves at home in the listener's psyche with only the barest semblance of an invite.
Its a surprisingly cohesive listen as well - much more so than you'd expect from a hodge podge of demos, outtakes and alternate takes, with uniformly great production quality and as you'd perhaps expect, a more diverse range than their studio albums.
There's a bit of everything here from heavy powerpop ("Rainy Day #1&2", not the Dylan tribute you're probably hoping for), to acoustic takes that highlight the tight multi part harmonies even better than the originals ("Sight Unseen"), alternate versions that sound definitive ("Love's Lost On You"), a reverent but fabulous Gene Clark cover ("She Don't Care About Time"), and for those that aren't yet fully convinced of their psychedelic credentials (rather than their obvious powerpop ones), a sprawling, instrumental raga rock masterpiece in "Sun Ra Ga" that manages to invoke "Eight Miles High", Coltrane, "Silverfuck" and of course Sun Ra - often simultaneously.
And if this is the sort of stuff they've got lurking near the bottom of their barrel (scraping sounds notable only by their absence), then you'd better bet that their upcoming album (due next year) is going to be something very special indeed.

You can also stream it on Spotify.