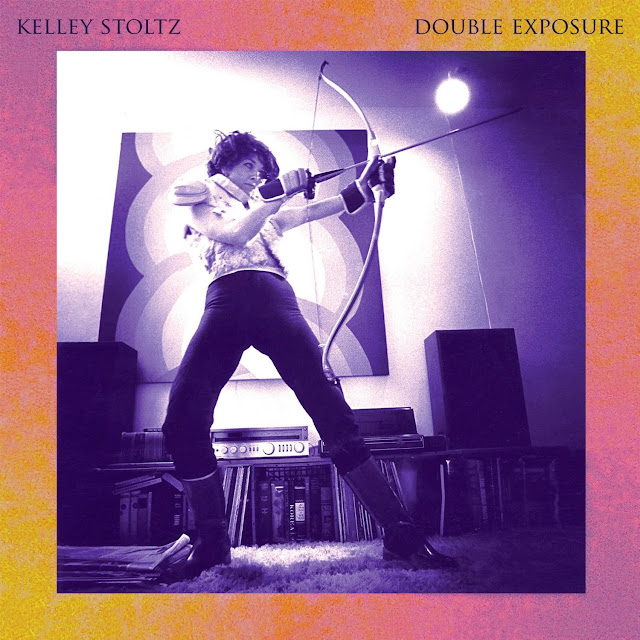 I fell for Kelley Stoltz's vintage one man psych pop as soon as I heard "Below The Branches" back in 2006, and he's done little to disappoint since.
Sub Pop don't seem to agree unfortunately, having dropped him from their roster after a steady stream of consistently impressive albums that defines the formula of consistency + critical acclaim = average sales. We've still got a copy of "Below the Branches" in the sale bin of the record store I manage seven years later. Go figure.
Despite this baffling lack of mainstream success, Jack White's Third Man Records have picked him up for new album "Double Exposure", an album which plays to Stoltz's strengths while making a seemingly conscious effort to combine his love of the vintage with a more accessible contemprary Indie sound (a much easier task now that the line between the two is blurring).
So the outward veneer of Stoltz's Ray Davies meets Brian Wilson baroque pop leanings has been partially stripped back but whatever new surface is applied, the same bittersweet pop gems lurk just below.
Immediate standout "Are You My Love" ploughs the same krauty furrow as "A Ghost is Born" era Wilco with similarly engaging results, while "Still Feel"s bouncy kraut-pop bassline swims through waves of tremeloed guitars and carnivalized sequencers, to prove that updating need not mean dropping the psychedelic angle of his music. In fact even though this sounds less like a sixties record than his previous work, it has more psychedelic trimmings, with some particularly prominent backwards guitar parts clawing their way out of the mix as well as some lovely treatments applied to Stoltz's always engaging vocals.
"Down By The Sea" briefly revisits Stoltz's piano based baroque pop past with a lovely minor key change in the chorus that drips melancholy.
The only real mistep is the title track's post punk percussion and call and response vocals which recall a second rate Arcade Fire, although I'd anticipate this track being some people's highlight (Stoltz liked it enough to name the album after it) so what do I know? And the hypnotic psychedelia of its immediate successor "Inside My Head" (all nine minutes of it),  provides a soothing balm that ensures that all is forgiven and forgotten within minutes.
Lovely.