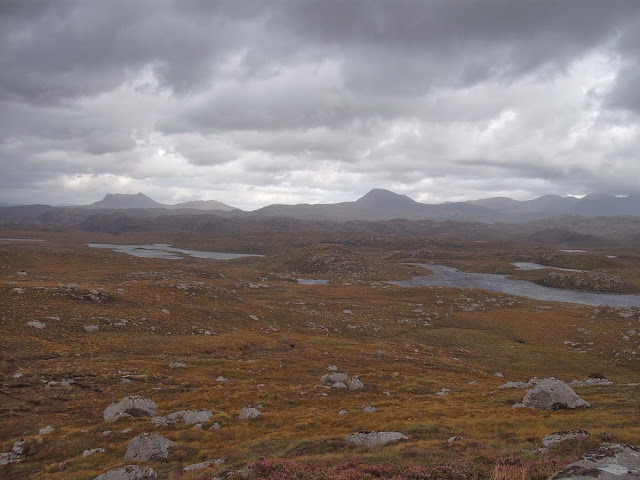 Richard Moult is a name that might not be familiar to everyone, but to those in the know (and there are a few of us who wait eagerly for each new release from the man) he is the master composer behind Far Black Furlong, a regular contributor to Tony Wakeford’s Orchestra Noir, a member of Ireland’s premier wyrd folksters United Bible Studies and an extremely talented poet and artist in his own right.
His latest solo release, Aonaran, is a shimmering and windswept piece, an island of lovely yet heart rending songs that deserves to be widely loved and heard. Album opener ‘Rionnag Bheag’ begins with the shiver of Oscar Strik’s percussion and Áine O’Dwyer’s harp (sounding not unlike a waterfall) providing a gentle yet foreboding introduction, a description that could well describe much of this release. The following ‘Heartsease’, featuring the vocals of fellow Bible Studies musician David Colohan, is truly heartbreaking. A desolate plea seemingly to the landscape itself, it reminds this listener of John Cale’s suicidal opus ‘Music for a New Society’.
Indeed, much of this album echoes with a genuine sense of loss and empty space. It is no surprise that Moult lives rurally; there is a sense of the land to be found in his music that suggests wintery beaches and barren, lonely hills. Moult himself credits the North West of Scotland and the Hebrides as ‘forging’ these pieces. The wild nature of this land is perfectly evoked on instrumental album centrepiece ‘Rionnag Mor’. Cascades of piano collide with Michael Tanner (of Plinth)’s bowed guitar, an air of unease and distant thunder in the air, settling occasionally to leave moments of quiet hope appearing through the disquieting squall of flute, harp and electronics. As the track builds (it is a mighty 24 minutes long) the storm clouds gather apace and then part every so often as the other instrumentation fades to leave only the sole piano. It’s at once both incredibly evocative and deeply sad.
David Colohans’s vocals return on ‘Gone To Ground’, providing a reserved yet plaintive tone to the now hushed proceedings. ‘Mesonycticon’, the album closer, is a reflective and sombre piano piece, ending this most impressive and personal of albums on a note of melancholy beauty.
The album itself comes in a lovely gatefold CD sleeve with transparent covering and a photograph of distant hills by Richard Moult himself. It is a beautiful package from the impressive Wild Silence label that reflects the care and attention in the music itself. I can’t recommend this highly enough. No-one else (apart from perhaps Richard Skelton) is consistently making albums of this calibre and ilk. This is nature’s own music.