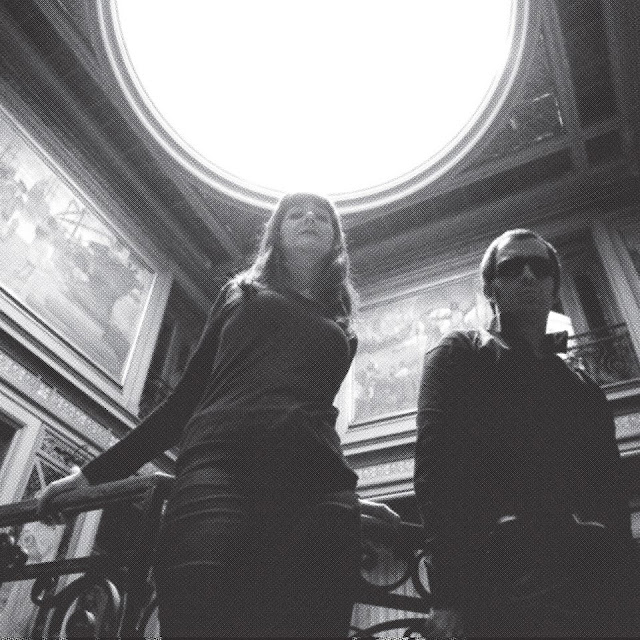 Since the 2010 release of their self-titled debut LP, The Limiñanas have undoubtedly been carving out their own distinct sound. They’ve spent the past few years honing their seductive blend of sultry garage pop and fuzzy French Yé-yé, and with the upcoming release of their third album, it’s clear they are an unstoppable force when it comes to not only reinvigorating classic sounds, but reinventing them. The Limiñanas have always given things their own unique twist, and their third LP is further proof of that.
“Costa Blanca” is the follow up to their 2012 album “Crystal Anis”, and is due for release in November via the Chicago-based Trouble in Mind record label (I hardly need to sing this one’s praises – The Limiñanas are right at home here). While it’s familiar territory for fans of their previous two albums, the duo still sound as fresh and exciting as ever. If cool can ooze, it sure as hell does on a Limiñanas record, and “Costa Blanca” is no exception. As soon as those Serge Gainsbourg-esque vocals are casually delivered over the sitar, bass and signature tambourine beat of the opening track, you know who you’re hearing. But that shouldn’t be viewed as a bad thing. Rather, the immediate distinction of their sound is one of The Limiñanas’ great strengths; it is testament to the place they have carved themselves sonically since their underground beginnings.
Things get going with the album’s second track ‘My Black Sabbath’, and a bass line that can only be described as characteristically groovy. Although the vocals on a Limiñanas release are primarily in French (as, of course, they should be), I do enjoy the occasional peppering of lines sung in English, here the example being ‘She was a sugar crush, my sugar cane’ and later on ‘BB’ - ‘Take me home, drink my wine, kiss me now and blow my mind’. Maybe they work as vocal hooks for me. Or maybe I just find them quite sweet. It definitely adds to the charm of the already seductive French vocals.
There are elements on this album which are recognisable from their previous releases; the whirring organ and banjo used on ‘Salvation’ continuing into tracks such as ‘Alicante’ and ‘Cold was the Ground’, the characteristic male and female tête-à-tête vocals working well on ‘Votre Coté Yéyé M’emmerde’ and ‘Rosas’, and that spiky, fuzzy guitar injecting its reverberated bursts of energy throughout. ‘Votre Coté’ in particular really showcases the duo’s take on Franco-fuzz; the repetitive, driving beat evoking The Velvet Underground’s ‘Sister Ray’ whilst making me want to dance like I’m in a Godard film. Success, I feel.
However along with all the features that can be expected, yet loved nonetheless, on a Limiñanas record, there is a sense that on “Costa Blanca” they are widening their distinctly European flavour. It’s not only the album’s title that suggests this – on ‘My Black Sabbath’ and closing track ‘Liverpool’ there is a very Spanish-sounding guitar that gives the LP some wonderfully textured and atmospheric Mediterranean inflections, while the sound of waves can be heard on the half-minute track ‘La Mediterranée’. If it does indeed reference Lio’s youth growing up in Spain, then it is these instrumental nuances that, along with a nostalgic feel to the lyrics, enhance the character and intimacy of the album. 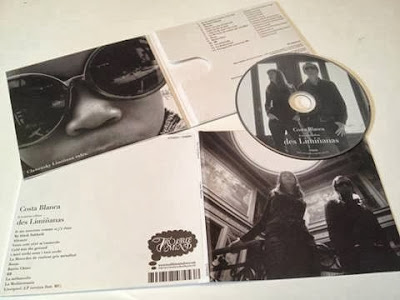 Another development on The Limiñanas third release is its widening cinematic scope. The nods towards French New Wave soundtracks that were apparent in their previous material are still present here. The half sung/half spoken vocals on tracks like ‘La Mercedes de Couleur Gris Métallisé’ conjure the narrative voiceovers of these black and white flicks, whilst the typically suave and stylish edge to the record definitely reflects the seemingly effortless cool of the genre. However, there is something else present that began to creep in on “Crystal Anis” but is a little more pronounced here. There are occasions where the instrumentation of a track evokes the desert landscape of a Spaghetti Western, like on ‘Cold was the Ground’, with its sparsely-strummed banjo and slow percussion. ‘Barrio Chino’ continues this theme, and although only lasting half a minute, really brings the atmospheric tension of a Western, with its wind sounds, church bell chimes and some kind of animal/bird call. It’s an interesting cinematic twist that adds depth, texture and further surprise to the record.
On “Costa Blanca” The Limiñanas continue to demonstrate their talent for taking pieces from here and there to create something that is singularly theirs. Regardless of when and where their inspiration comes from, they always manage to utilise vintage sounds in a new way (there must be a word for sounding both retro and modern...) The album further illustrates their ability to seamlessly move between the upbeat twinkle of 60’s-tinged psych-pop, as on ‘BB’, the sombre, dramatic flair of ‘I Miei Occhi Sono I Tuoi Occhi’ or the irresistible, driving groove of ‘Rosas’.
Three records in and there’s no denying it- The Limiñanas are still fresh, enjoyable and cool-as-hell.