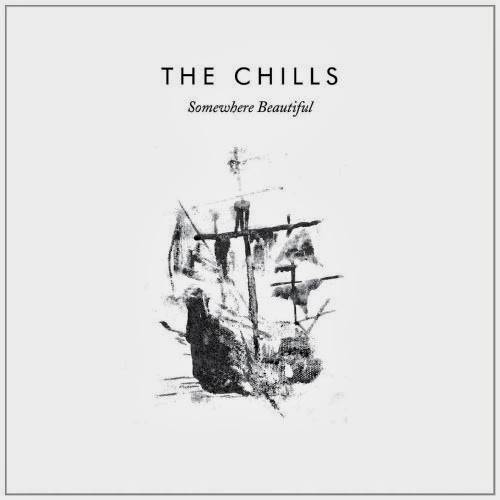 This live recording captures the legendary Chills at their best. Raw, emotional, and exciting, it is every bit as dynamic a performance as the 1987 Chills I saw on their Brave Words tour. The lineup might be different, but the uber talented Martin Phillips is at the helm and that's all that matters. These songs were recorded at a private party on New Year’s Eve in 2011 in New Zealand and are sprawled over three vinyl records.
How can one find fault with a set that includes such classics as “Pink Frost”, “Rolling Moon”, “Night of Chill Blue”, and the shimmering “House With a Hundred Rooms”? These songs hold the same power as when I originally heard them, especially the devastating “Pink Frost”. I once thought this song was about losing a person close to you, and maybe it is in a sense, but not for the reasons I originally thought. Having lost half my family in the last dozen years, I can relate to the emotions surging through this song. Every band hopes to have a song a fraction this good, and Martin has handfuls of them. I’ve had reverent conversations with other fans about this song and this band, and we all agree on the timeless wonder of this song.
Indeed, this concert captures what we love about Martin and company. Brilliantly conceived songs fronted by an earnest frontman frothing with emotion and backed by a musical collective that suits the material admirably. I could go on and on about all the great songs, but I invite you to go pick up a copy of Somewhere Beautiful and wear it out.
Martin is making sounds about a North American tour and possibly a new album, and let’s hope it’s more than noise and comes to fruition. It’s been a long time between albums and this fan is itching for more. In the mean time, we have a great live album to savor. Recommended for new and old fans alike.