The Kumari "Watching You" Review 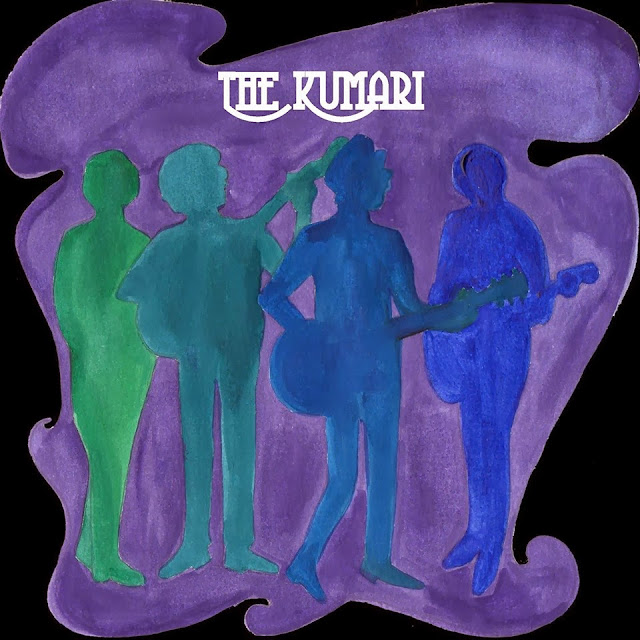 The Kumari follow up on an impressive debut offering (reviewed back here in February), with a new E.P on Greek label Lost in Tyme.
While that initial E.P had a wide ranging but slightly schizophrenic personality, "Watching You" seems to have a much more focused idea of what it's setting out to do and the four tracks on offer here are all thrillingly authentic slices of garage folk-punk circa 1965 - if it wasn't for the lack of background crackle (there's plenty of foreground sizzle) you'd think that some unscrupulous character had unearthed a lost gem of an acetate from the era and passed it off as their own.
Yet another recent product of Sandgate Sound Studios (and co-produced I believe by Studio owners and Higher State members Mole and Marty?) it's no surprise that this flawlessly evokes an era where punk and paisley were synonymous rather than the London of 2013 that it's actually a product of.
Reverb-laden garage jangle probably sums it up best, although that in some ways is like saying the Beatles were a beat group - there are plenty more dimensions to this increasingly well rounded group.
"She Was Mine" expresses it's righteous indignation through a series of fiery surf guitar solos with all the primal rage of the most revolutionary of early rock n roll. "The Time is Now" on the otherhand opts for dreamy restraint, and adds a layer of vintage organ to the ever present jangle, while "I'm Sad" (a cover of 60s teen punkers Black And The Blues) is appropriated so fully that it's hard to believe it's not one of their own.
Which only leaves the title track - a twelve string anthem with a lyric that mixes optimism and voyeurism in equal measure and enough Byrdsy jangle to satisfy the most jaded fan of the (just) pre-psychedelic era.
Grand.

"I'm Sad" featured on the last Active Listener Sampler - you can stream that track here: