Wooden Shjips "Back to Land" Review 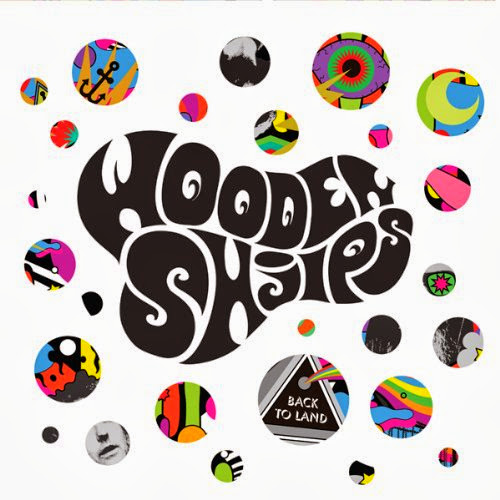 San Francisco's Wooden Shjips have decamped to Oregon and "Back to Land", their first album to be birthed outside of the Bay area is if not a major change of pace, at least a major change in tone.
As much as I love Wooden Shjips earlier recordings, you've got to admit that for the most part they're creepy fuckers with a singularly effective, nightmarish intensity that makes them unlikely to be regular visitors to my turntable now that I'm a relatively well adjusted individual and wish to remain so.
Fortunate then that "Back to Land" is the feel good album that I never saw coming from this lot. This is still the Wooden Shjips that you've come to know and love, but they've added a healthy dose of choogle here that occasionally brings to mind a jammier Creedence Clearwater Revival or at the very least, Endless Boogie. Clearly the change of scenery has been good for Ripley Johnson and Omar Ahsanuddin.
And while I've mentioned jams and endless boogies above, it has to be said that "Back to Land" constitutes Wooden Shjips most concise and to the point set of songs committed to tape so far, with most songs coming in around the five minute mark. The byproduct of this is a lessening in the general sense of spiraling, hypnotic disorientation that the Shjips have already shown a mastery of, and a realization on the part of this listener that these guys are blossoming into extremely strong songwriters with a perfect balance between strong hooks and kick-ass jams.
"Ruins" is an immediate crowdpleaser that initially sounds like an extremely good piece of Canned Heat boogie until Johnson's heavily treated vocals make their endearingly shambolic entrance, ably supported by some spooky organ stabs and concise, lyrical guitar licks. It's an extremely appealing piece and it's got plenty of company here.
"Ghouls" appropriately enough is dominated by more spooky horrorshow organwork, while "These Shadows" features (gasp!) acoustic guitars which opens up a whole new sonic spectrum for Wooden Shjips to investigate in the future - a future that suddenly looks like it could go in unexpected and exciting directions.
Lovely stuff.

"Back To Land" is available on CD, and vinyl.