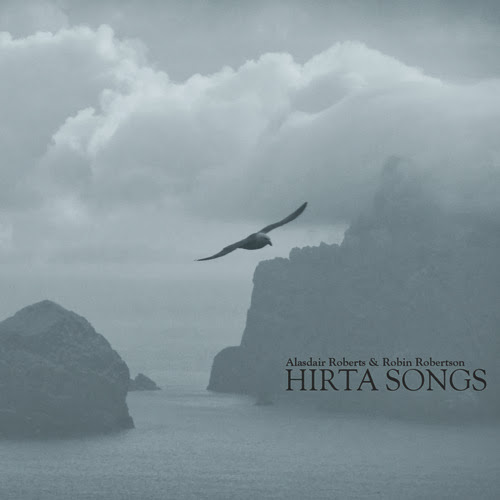 In 2007 poet Robin Robertson visited the remote Scottish archipelago of St. Kilda with his partner Karin Altenberg. Despite it's remote and inhospitable conditions it is believed that St Kilda may have been inhabited as far back as the Bronze Age and wasn't abandoned until it's last 36 occupants requested evacuation in 1930 after complications arising from the First World War and various diseases that these traditional folk were ill equipped to deal with were gradually introduced by increased tourism.
These days St. Kilda is home to colonies of seabirds, the ancestors of the sheep that the inhabitants used to farm, and a remote military base.
The trip made quite an impression upon Robertson and Altenberg, who were both moved to write about St. Kilda; Robertson wrote two evocative pieces of poetry, "Leaving St Kilda" and "The Well of Youth", while Altenberg wrote her well regarded historical novel "Island of Wings".
Six years later,  and Robertson has written a selection of new lyrics on the subject and in collaboration with Alasdair Roberts and a host of his musical entourage (including the Incredible String Band's Robin Williamson), the result is "Hirta Songs".
Roberts is no stranger to either collaboration or singing the words of others (successes like "No Earthly Man" spring to mind), and he takes Robertson's lyrics on board here and performs his usual magic with them.
Robertson himself takes the mic for perfectly paced readings of those first two pieces he wrote back in 2007, but as is often the case with projects seeing his involvement, Roberts dominates.
The small ensemble cast do a fantastic job of supporting Roberts intricate fingerstyle guitarwork and memorable vocal performances, with double bass, stark, driving percussion and some extremely lyrical violin work making most impression, always in a supporting role to Robertson's lyrics and Roberts' voice - a much more stark work than Roberts' last ensemble piece "A Wonder Working Stone".
And while Robertson's lyrics often gravitate naturally towards the challenges and hardships that this unforgiving locale enforced upon it's inhabitants, there are several extremely well placed and hauntingly evocative harp instrumentals that perfectly capture the beauty of the place and remind us why these people fought so hard for this way of life for such a long time.
A stunner - Roberts' continues his unbeatable run as the heir to Nic Jones' throne.

Available on vinyl directly from Stone Tape Recordings here, or on CD or download through the streaming Bandcamp link below: