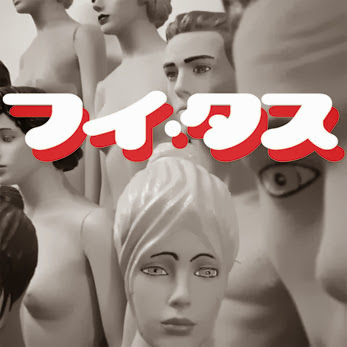 Jim Thirlwell’s latest album as pseudonym ‘Foetus’ continues the purple patch that the one-man orchestra has been enjoying for some considerable time now. Following latter classics such as ‘Hide’, his success as a composer (for The Venture Brothers cartoon) and his recent orchestral revamping of Zola Jesus’s work, Thirlwell now returns to his ‘everything but the kitchen sink’ roots although with a serious degree of sophistication. For some Foetus will always be synonymous with the ‘industrial’ tag; however this reductionism does the man a disservice. From his early work recording with Nurse With Wound to his input with New York luminaries such as Lydia Lunch and Swans and his numerous own solo projects, Thirlwell has been nigh on unclassifiable. Over the years his music has drawn from such disparate strands as psychedelia, classical, avant garde, surf and noise. That he continues to ply his own demented furrow almost single handedly (composing and playing virtually every bit of music he releases and designing his own sleeves) is testament to Thirwell’s singular vision. No-one and nothing else on earth sounds anything like him.
‘Soak’ continues in this tradition, opening with the marching army chant of ‘Red and Black and Grey and White’ before seguing into the almost operatic ‘Pratheism’. Bernard Herrmann style strings and massed choirs ratchet up the tension in what is, by all accounts, a statement of intent that throws down the gauntlet for the rest of the album to follow. And follow it does, with bug eyed intensity; ‘Alabaster’s sense of dread and chamber music setting recalls some of The Resident’s best moments whilst ‘Warm Leatherette’ updates The Normal’s analogue synth classic into a film noir big band stomp. Thirlwell’s long players always veer stylistically from full on throttle musical explosions to quieter, though no less sinister, moments and ‘Soak’ is no exception; ‘Kamikaze’ is a piano led ode to self-destruction and aging that ends in an almost Beatles-esque manner, albeit The Beatles on some very dodgy lysergic blotting paper indeed. Thirlwell’s genius as a composer (after years of creating some of the most out-there big band music as Steriod Maximus and the soundtrack to your nightmares compositions of Manorexia) is much in evidence on ‘Soak’; the string sections sound truly huge and hurl each track along on waves of dread and mania into completely unsuspected musical shapes; predictable or middle of the road this is not. ‘Halloween/Turbulence’ twists John Carpenter’s classic horror soundtrack into an electro opera which has to be heard to be believed. A sickly spot of French chanson follows in ‘La Rua Madureira’, queasy trumpet and violin lurching the song forward into a crazed apocalypse of an ending. ‘Spat’s Morricone trumpet fanfare and deranged spoken word mutterings are genuinely thrilling and ‘Cosmetic’s eastern leanings and lunatic preacher like pronouncements disturbingly enjoyable; although musically off the wall Thirlwell’s grasp of melody and dynamics never desert him. As a long time listener this writer can vouch for ‘Soak’ being amongst Foetus’ finest, and the competition is stiff indeed. This is modern psychedelia at its most far out and strung out.
Released simultaneously Thirlwell has also provided an instrumental soundtrack to Eva Aridjis’ film ‘The Blue Eyes’. Sinister chamber music and electronic uneasiness are much in evidence and, if you are a fan (and you should be) then you will want a copy of this as well. For newcomers, if you enjoy these works do delve back into Thirlwell’s extensive and superb back catalogue; there is nothing that cannot be recommended though for starters try ‘Nail’, ‘Hole’ and Soak’s sister album ‘Hide’(most Foetus albums opt for single word titles). For those in the know you are in for a delight; the perfect accompaniments to those cold, dark nights have just arrived.

Both albums can be listened to our purchased from: http://www.foetus.org/