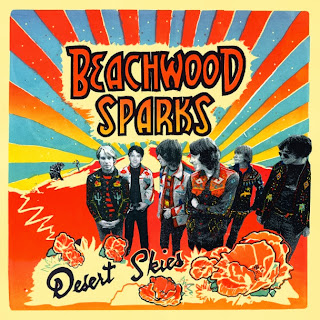 A few days ago, I reviewed "Desert Skies", the original 1997/1998 recordings made by Beachwood Sparks that are due for release next month. You can read that review here.

I had a chat with Beachwood Sparks bassist Brent Rademaker about those early days.

THE ACTIVE LISTENER: Similar archive releases from other artists have a distinctly hesitant quality, but the material on "Desert Skies" sounds very confident and lived in. What led to this stuff being shelved?

BRENT RADEMAKER: VERY INVESTED; At the time ('97-'98) we were "all-in" as far as being confident and letting this music dictate where our lives were headed. These were the songs that made up our live set and THAT was the only thing we or any one else had to hear, it was what gave us our start. Basically everything that happened after was a result of what we had created during those times. In my mind this was going to be the record that really put our label (Christmas/xmAs) on the map. It was shelved due to an abrupt line-up change that was really difficult at the time and looking back now it's something that I wish we would have taken a bit more time with and communicated a bit more about. I kind of got bored with running the label and the prospect of being on a bigger label started to appeal to me once more as we wanted a chance to redeem ourselves after the Geffen fiasco.

A.L: The tracks sound great and surprisingly contemporary. Have they been touched up, overdubbed, remixed or just remastered from the original recordings?

B.R:Thanks, I think so as well. It was a matter of re-mastering the Bomp! 7" (from the original mix down tapes) and the other material was gathered from my "vaults" of DATs, cassettes and tapes and mastered for the first time really. It was cool because there were mixes that I didn't even know existed and I made sure to use those mixes as some of the others had already been traded as bootlegs in the past...I wanted this to be as close to what we would have done in 1998, especially the vinyl version. The cool thing that Dave Cooley (mastering engineer) did was to take our very wide-panned stereo tracks and reign them in and give them a more dynamic MONO feel. 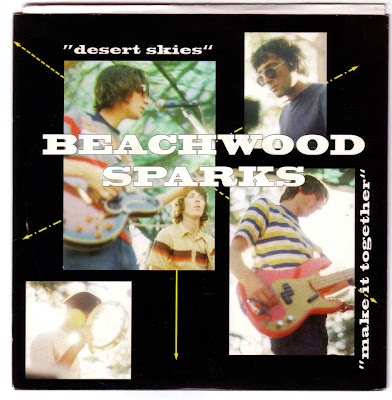 A.L: Were you encouraged at the time to pursue the more psychedelic aspects of your music (Midsummer Daydream etc.) or stick more to the americana elements that seemed more accepted at the time rather than the more overtly cosmic elements?

B.R: To be honest, at the time our fans responded way more to the "psychedelic" jamming, rather than the hillbilly feels we were interested in exploring but I think they all fit together very well...this record proves it!

A.L: How do you all feel about the material now?

B.R: I think we are all very proud of it now. There was a time when it was hard to have any perspective on it, mainly because we never really listened to it after we started working on the Sub Pop LPs and there might have been some concern that it wasn't sophisticated enough, which is kinda laughable when you think about it...it's really as honest as you can get and what's more sophisticated than honesty in your creativity and art? NOTHING really (in my opinion). In the end, all you ever have is the songs.

A.L: How do you view the relationship between "Desert Skies" and the official "Beachwood Sparks" debut?

B.R: It's difficult to put into words...they both have the honest charm of a band making their first album, something you only get once...we got it twice! When I listen to the songs that are featured on both records I hear some growth and improvement but I also very much miss some of that raw spark of the original line-up. There's really no need to compare them but it certainly does point out the differences in the band. The way they "relate" to each other is just a real good reflection of the personalities involved. It's all there, just listen between the grooves and read between the lines and you get the story. I really wish Josh, Tom and Sleigher would have been there to experience some of the great things that BWS got to do in the 2000's..and I wish more people outside of California could have had the chance to see the original line-up play...we probably woulda been massive! We could really catch fire some nights with the jamming and all that...oh well at least we have this record to document a part of it...thanks for listening!

Coming soon - pre-order here on CD, and here on vinyl. 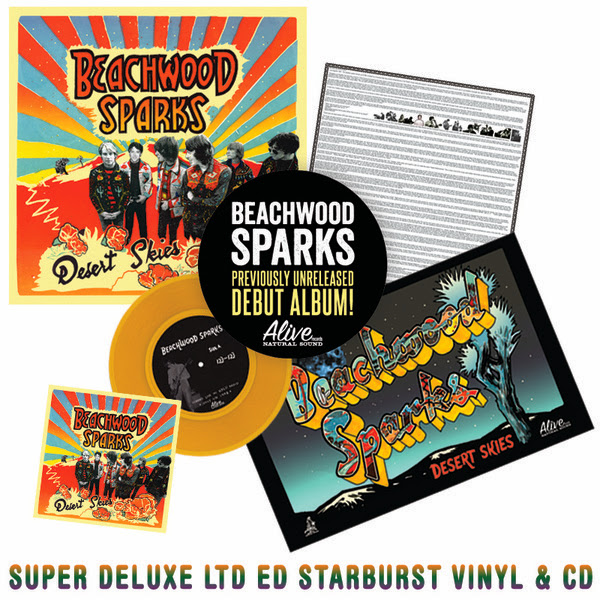