7" Reviews: You Are The Cosmos Releases - Batch #1 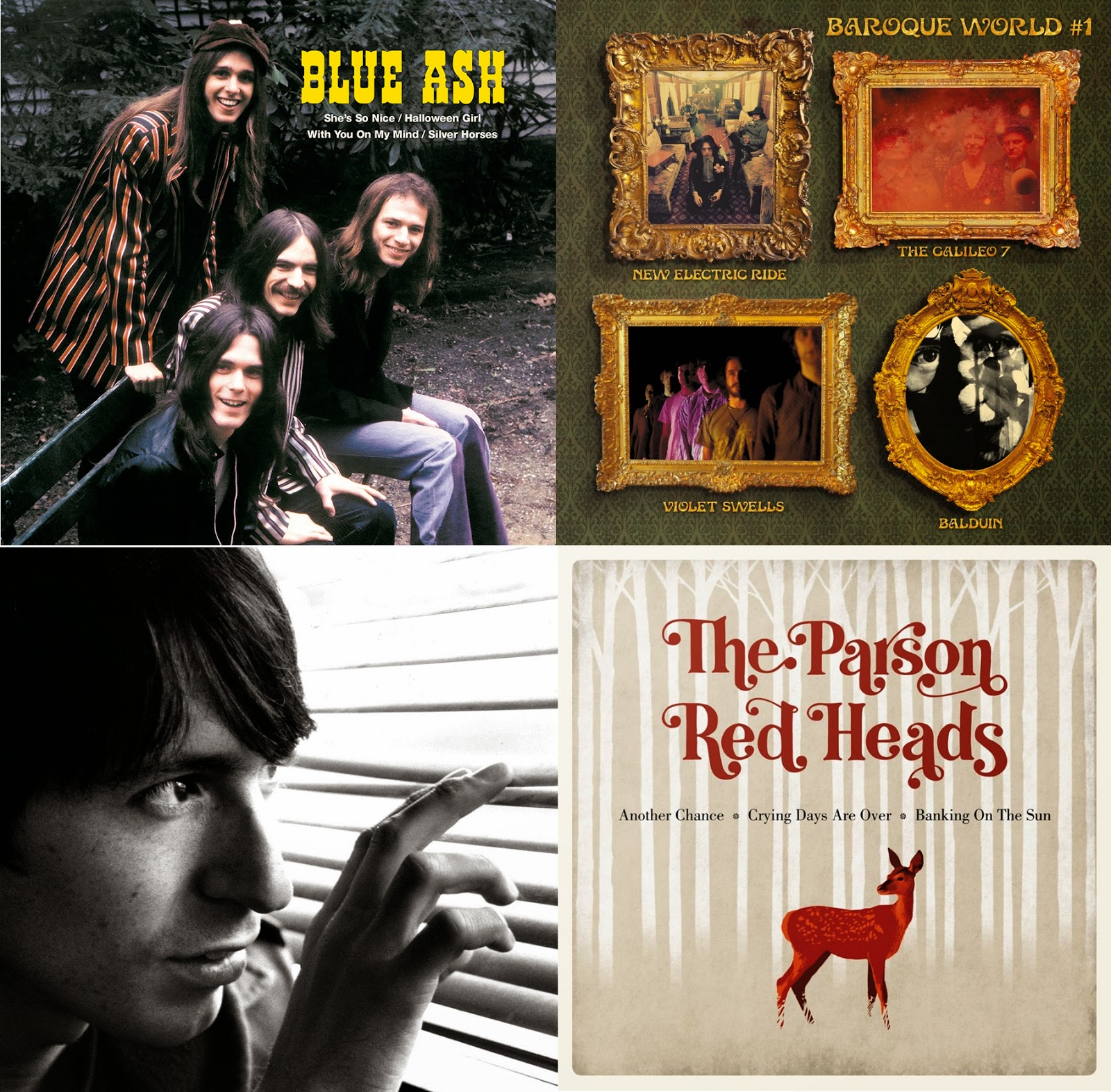 In a supremely confident move, new Spanish label "You Are The Cosmos" have introduced themselves to the world by releasing eight 7" E.Ps without testing the water, and from the four which arrived in the post the other day, that confidence is very much justified.

Technically "You Are The Cosmos" is a reissue label, but they're releasing this material in a very different form than it was ever originally released. They're lovely, individually numbered pressings, with textured foldout sleeves full of photos, lyrics and band info. In short, they're wonderful artifacts that play magnificently too.

And the gentleman behind this label has absolutely impeccable taste. As their website says "We love GREAT SONGS of psychedelic, pop, folk, powerpop, baroque-pop music. We pay special attention on the quality of our releases, from the artwork to the music. We choose our favourite songs, and we don't mind that most of them (not all) are taken from their albums. If you are looking rarities/outtakes... this is not the best place...but if you want great songs, then this is your place!"

Baroque World #1
We certainly can't argue with this four track E.P selection of the best new psychedelic / baroque pop artists, especially as it contains our very own Violet Swells, who are naturally quite fabulous. Add to that our favourite track from New Electric Ride's most recent release (the extremely Beatlesque "A Submarine Song"), the title track from the Galileo 7's most recent release (again, our favourite track from that album), and Balduin's ridiculously fun "Mirror, Mirror" and you've got a pretty much flawless release with extremely big shoes to fill when Baroque World #2 is put together. 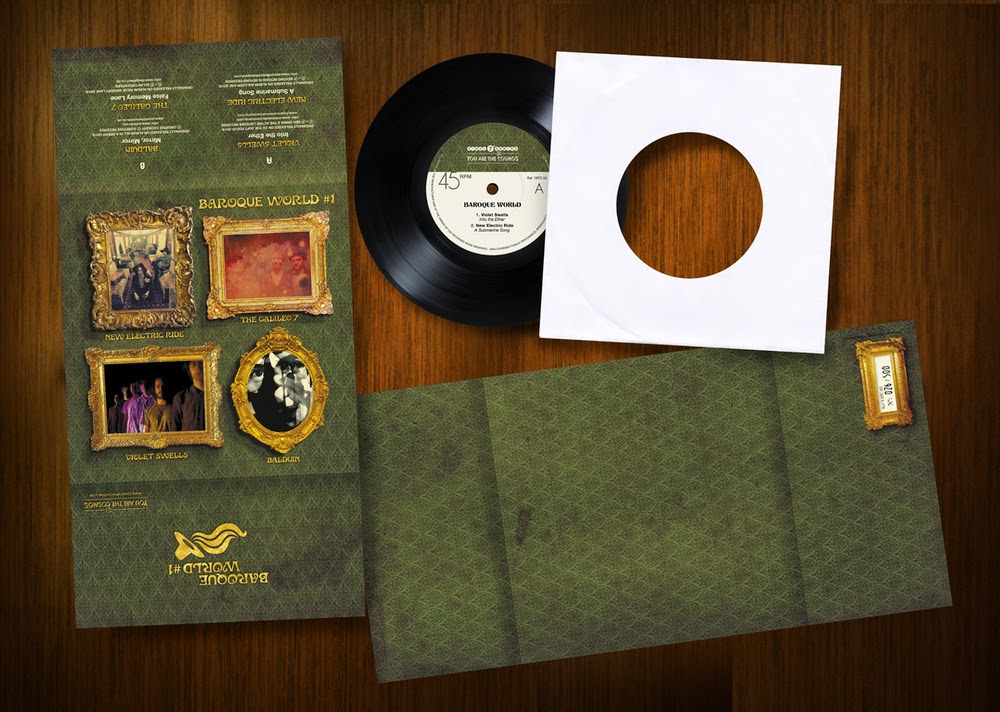 Blue Ash "She's So Nice" "Halloween Girl" "With You On My Mind" "Silver Horses"
Next up is a four track E.P of rare Blue Ash material recorded in 1972/1973. While the YATC website does say not to expect too much in the way of rarities on their releases, these tracks are not from the Ohio power-poppers most well known album - their 1973 debut, and have previously only seen release on a hard to find 2004 rarities CD release. An excellent job has been done of cherrypicking the best moments from this comp to put this together, with "She's So Nice" and "Halloween Girl" in particular being great examples of the Blue Ash sound. The epic, string laden "Silver Horses" may trump them both though, and shows a depth not necessarily expected from the band. Excellent. 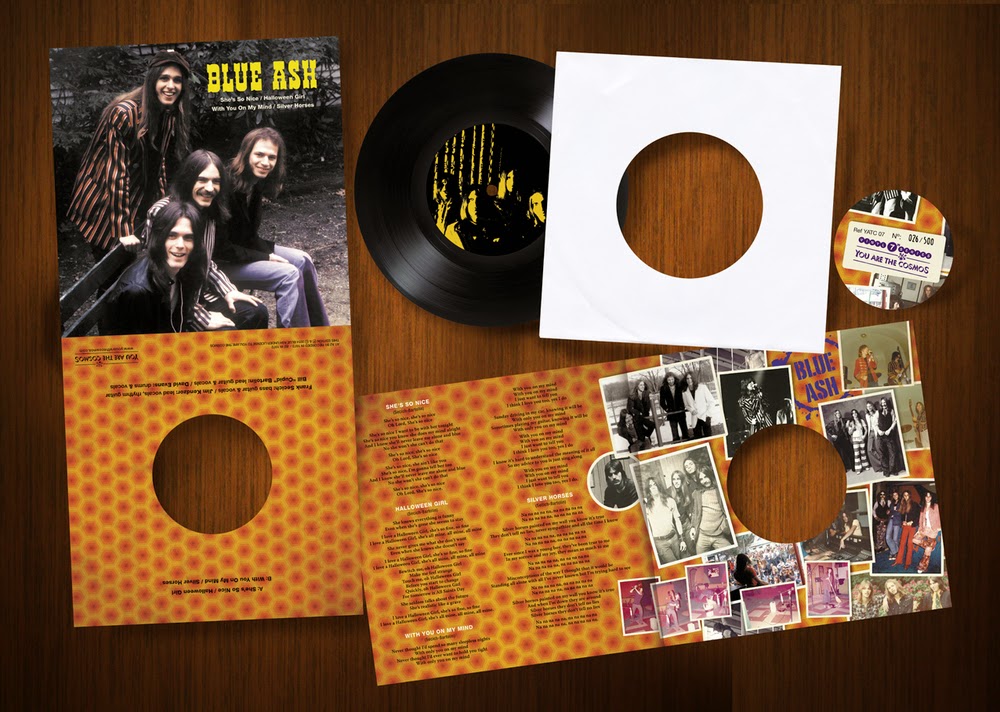 Bart Davenport "The Saviours" "Beg, Steal, Borrow"
I'll admit that Bart was unknown to me before this arrived, but he's had a long career stretching back to nineties stints in the Kinetics and the Loved Ones, and what appears to be a very critically successful solo career since. These two tracks come from his earliest solo works, and both suggest diversity and excellence. "The Saviours" has a great "Forever Changes" meets Belle & Sebastian vibe thanks to its combination of propulsive acoustic guitars and trumpet, while "Beg, Steal, Borrow" has some particularly ear-grabbing, quirky guitar wrangling which is extremely appealing. 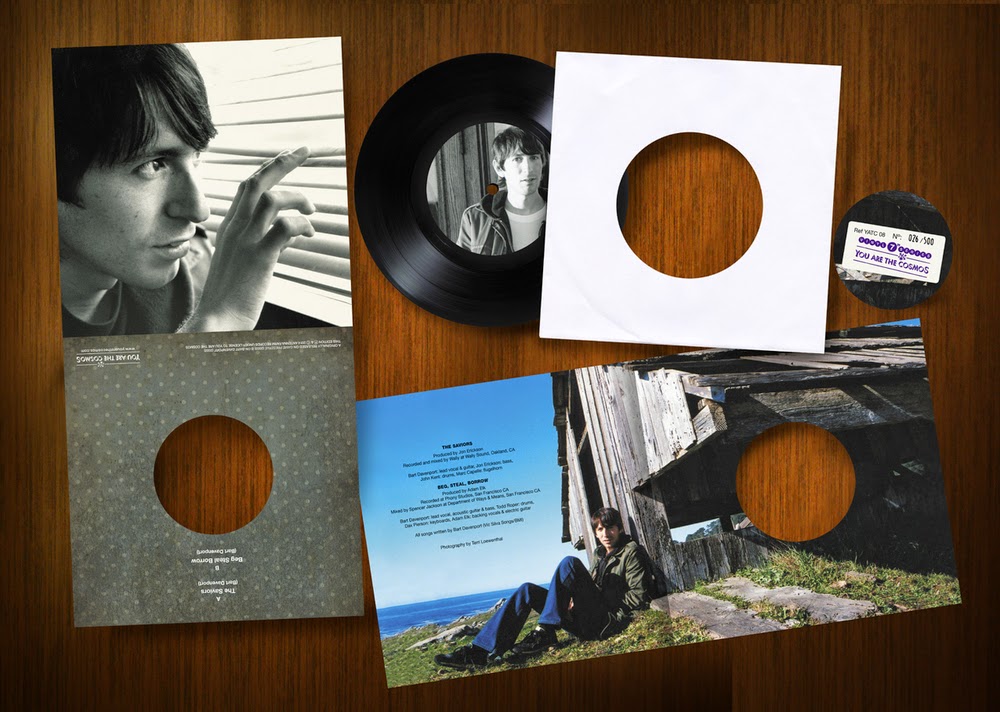 The Parson Red Heads "Another Chance" "Crying Days Are Over" "Banking On The Sun"
This was the real surprise of this first batch - I'd seen their name around before, but never really paid much attention until now. This Portland based band have a sound halfway between Big Star and the Jayhawks (but much more successful than the Jayhawks when they try to be Big Star), with frontman Evan Way writing some particularly effecting, emotive power-pop ballads, with a rural tinge. They're uniformly strong, but "Banking On The Sun" is particularly unbeatable, sounding like Gene Clark walked in on Big Star's "#1 Record" sessions. Absolutely magnificent, and a contender for song of the year for me, even if it isn't technically new. You absolutely need this. 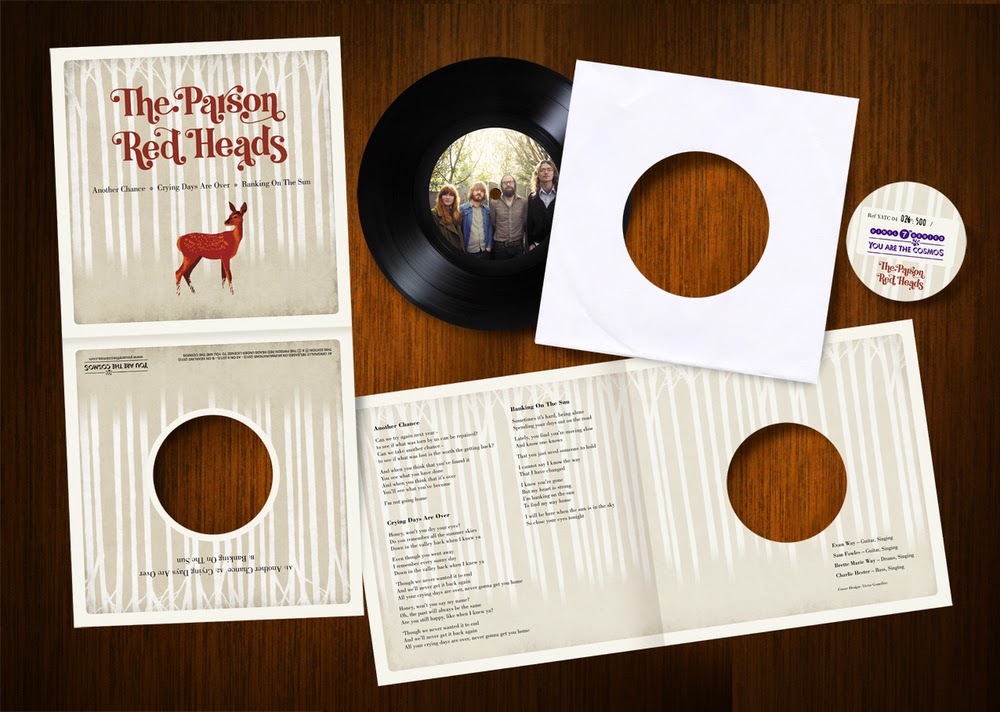 And that's it for the first four releases. The next four took an extra couple of weeks to get out of the pressing plant, but I'm told they're on their way so you'll hear about them soon.

In the meantime these can be ordered here, and you can check out tracks from all of these releases on You Are The Cosmos' Youtube channel here.