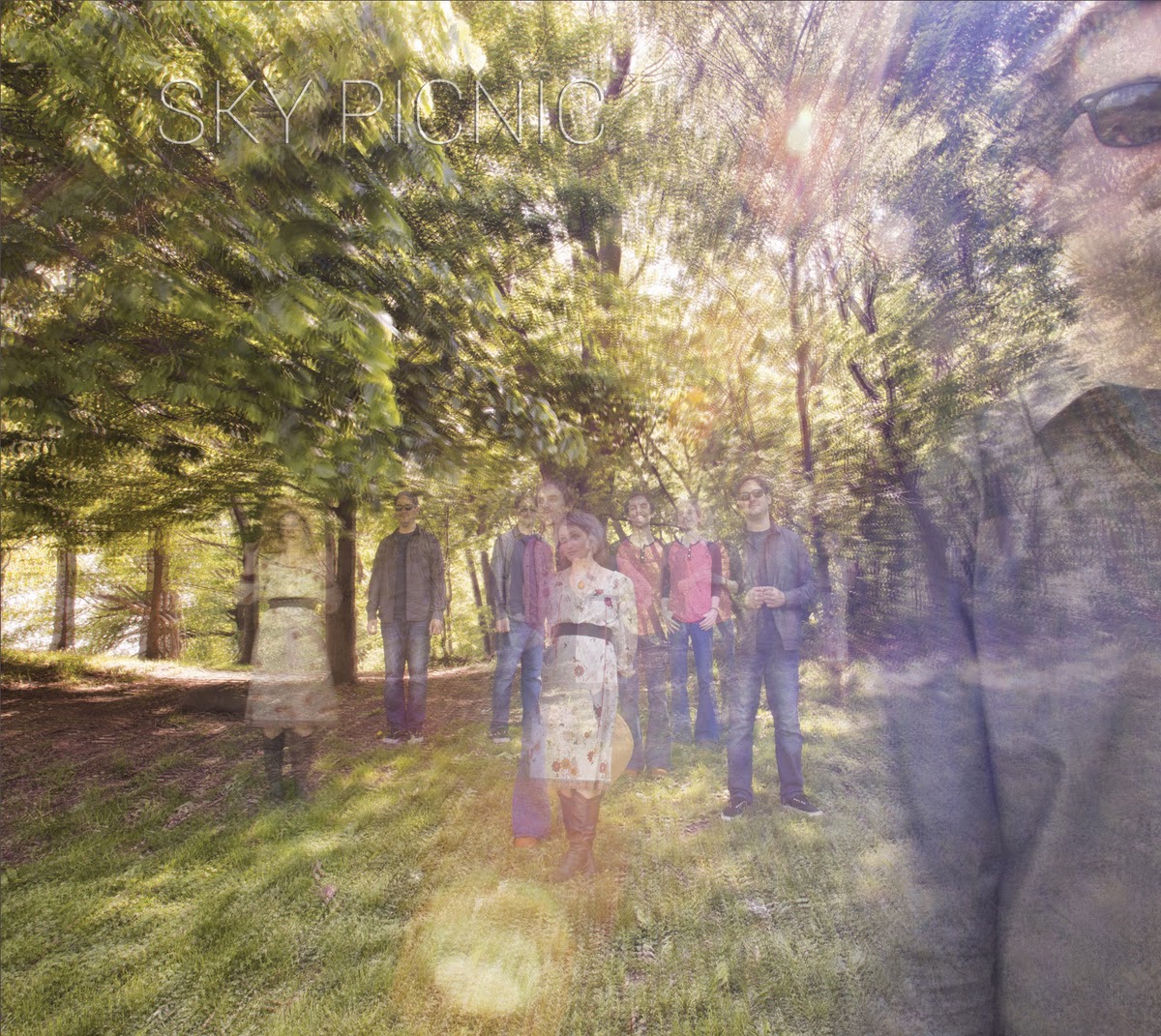 While their previous vinyl releases have been on German heavy psych label Nasoni, "Her Dawn Wardrobe" sees Sky Picnic finding a new home, amongst more kindred spirits on excellent U.K label Mega Dodo (who released one of my favourite albums of the year a few months back).

This label change coincides with a maturation of their sound which sees them head a little bit away from some of the jammier aspects of their earlier recordings. While the more exploratory tendencies inherent in their music are still very much present, here they are toned down to a calmer, more restful pace which leaves plenty of wide open spaces for serene textures, provided by frontman Chris Sherman's languid guitar breaks, and walls of lush, pastoral mellotron, which at their best (closer "Earl Grey" for instance), recall the dreamy, hypnotic undertow of early King Crimson's more relaxed moments.

There's also an increased sense of songcraft here, with moody numbers like "Lady of the Moon" and "Ode to..." relying on acoustic guitars to an unprecedented degree as they lazily drift off to Cirrus Minor, with the psychedelic trimmings of backwards guitars, vibes and mellotron being used as embellishments, rather than the focus of the song.

Elsewhere "I See, You Saw" has an unexpected, jazzy swing, and "June Sunshine" picks up where "Paint A Dream"s "Rippled" left off, providing a perfect piece of jangly, paisley pop.

"Her Dawn Wardrobe" is perfectly sequenced and ebbs and flows rather nicely, allowing their continually evolving strengths to coexist easily, with it's hazy, summer vibe providing an irresistable hangover from some of their more forceful earlier work. Nice.