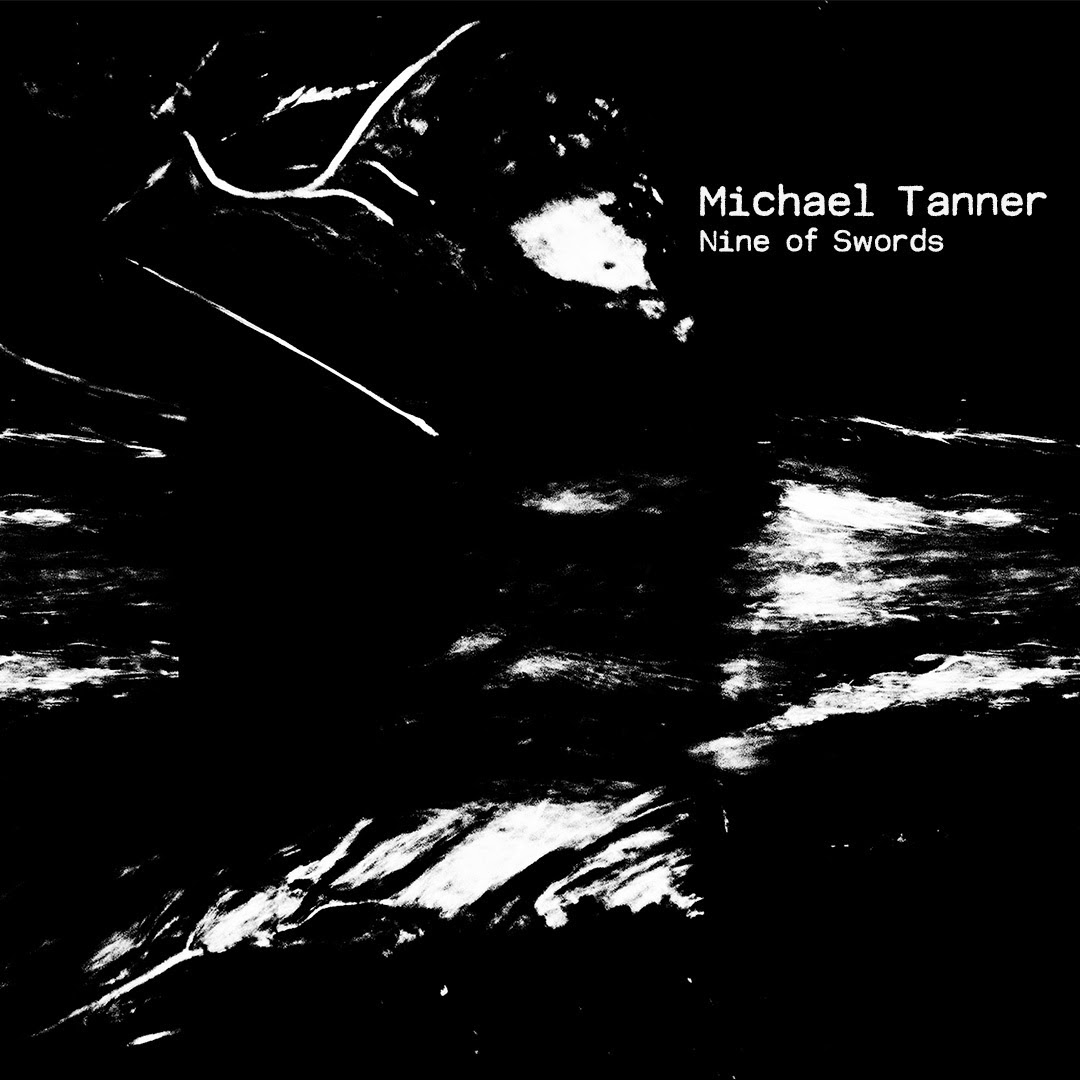 Michael Tanner has been hard at work in the background during the creation of a number of the finest albums of the last few years. As a member of experimental Irish acid folksters United Bible Studies, as a collaborator to the likes of Mark Fry, Sharron Kraus and Richard Moult, and with his recordings as Plinth, Tanner is one of today's most versatile and fearless musicians. Using a mixture of traditional instruments, field recordings and drones (and on occasion music boxes) he creates something utterly unique and hypnotic with his music. With recent release "Nine of Swords" this ably continues to be the case. An album devised by allocating nine tarot cards to nine percussive instruments (water bowls, singing bowls, temple bells and cymbals) and played in the order of the cards being drawn from the deck, this is a recording of shimmering, sombre beauty.

One divinatory meaning of the Nine of Swords is that of death, failure, delay, deception, disappointment and despair. An almost tangible flavour of those are present as the album opens, the glistening drone of the singing bowl echoing endlessly as if frozen in solitude. And yet another different divinatory interpretation is that of an ecclesiastic, a priest; certainly this feel of the sacred is also present. There is something religious, ancient and otherworldly about the drones that emit from Tanner's experiments. And yet no effects, no plug-ins or sonic tampering was used. These sounds are pure, organic and natural. Reminiscent of some of Nurse With Wound's more 'ambient' creations (using that word very loosely indeed as there is nothing 'relaxing' or 'chill out' about either Tanner or Stapleton's work) such as "Soliloquy For Lilith" or perhaps Michael Begg and Colin Potter's cathedral based opus "Fragile Pitches", there is much more going on between and beneath the drones than it at first appears. Sounds blend, emerge and disappear; they have direction and purpose. This is an album to focus on and to pay attention to, perhaps an album for late nights or early mornings; there is something contemplative at heart here, this music invites reflection. The glistening of the water bowls merges into the gentle waves of temple bells, at times creating a solid, reverberating mass whilst at others a more distant echo. There is great beauty in this recording, nothing is rushed and the sound is crystalline and pure. The world outside seems to grow quieter around the music, as if in step. This is not easy listening however, but a demanding and focused album which commands your complete attention. It deserves and repays this attention a hundred times over however with truly beautiful sounds, atmospheres and textures; consult the cards and sink into the shimmer of "Nine of Swords" - you will not be disappointed.

Available here from the prolific and excellent 'A Year In The Country' label as a limited 'Night Edition' box set containing the album on all black CDr, a 12 page string bound booklet and badge and sticker set; a limited 'Day Edition' containing a white/black CDr album in 10 page string bound booklet; a limited 'Dawn' edition containing a white/black CDr album in white textured recycled fold out sleeve with insert and badge and finally a 'Dusk' edition with a hand-finished all black CDr in a matt recycled sleeve with insert. These packages are as lovely and carefully constructed as one has come to expect from this fine label and befits the music contained within perfectly.