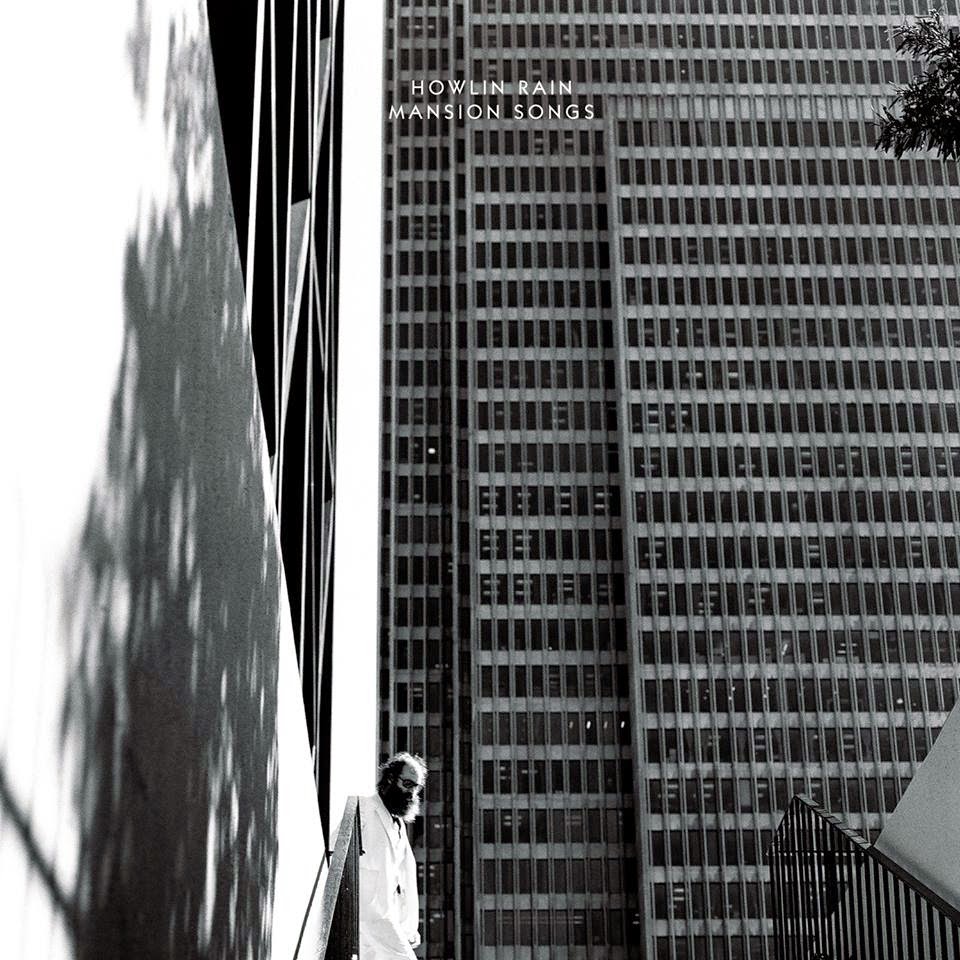 The Vanguard affiliated Easy Sound Recording Co. label has had a high impact first year. Becoming the home of choice for bands like The Donkeys and Papercuts (both of whom released career best albums this past year that can be at least partly attributed to the label's artist-centric approach) with future releases on the horizon from the likes of Isobel Campbell and Vetiver.

This spirit of artistic freedom must have been particularly appealing to Howlin' Rain's Ethan Miller, particularly following on from what by all accounts was a pretty miserable experience recording 2012's "The Russian Wilds" with Rick Rubin. "Mansion Songs" is Easy Sound's first release of 2015, and is the first in a trilogy that Miller has lined up which represents a new beginning of sorts for him. "When I began this record, I most certainly hadn't given up, but I was in a dark and trying place," explains Miller, "I wanted the album to reflect a dignified despair."And it certainly does that. And how. The blazing, psychedelic guitarwork that has been Miller's calling card since his Comets on Fire days is noticeably absent, throwing the spotlight squarely onto the songs, and putting his voice centrestage to an unprecedented degree. And these are almost certainly the best songs of his career so far.

The sparse nature of these recordings certainly seems to indicate that Miller did pick up a few things from his time with Rubin, but the ramshackle, ragged glory of the performances are something that it's hard to imagine Rubin having any tolerance for. So it's just as well Miller was left to his own devices here, or we wouldn't have "Mansion Songs", an album that stands up with the best of Little Feat's recorded output, and evokes "Tonight's The Night" and "Exile on Main Street", especially in the conviction of Miller's vocal delivery.

Howlin' Rain was originally started because Miller "wanted to sonically represent the history of California bands." By dropping the psychedelic element of his music, he's come closest to reaching that ideal here. And with two more albums lined up to accompany this, I'm very excited.

Album of the year so far for me.