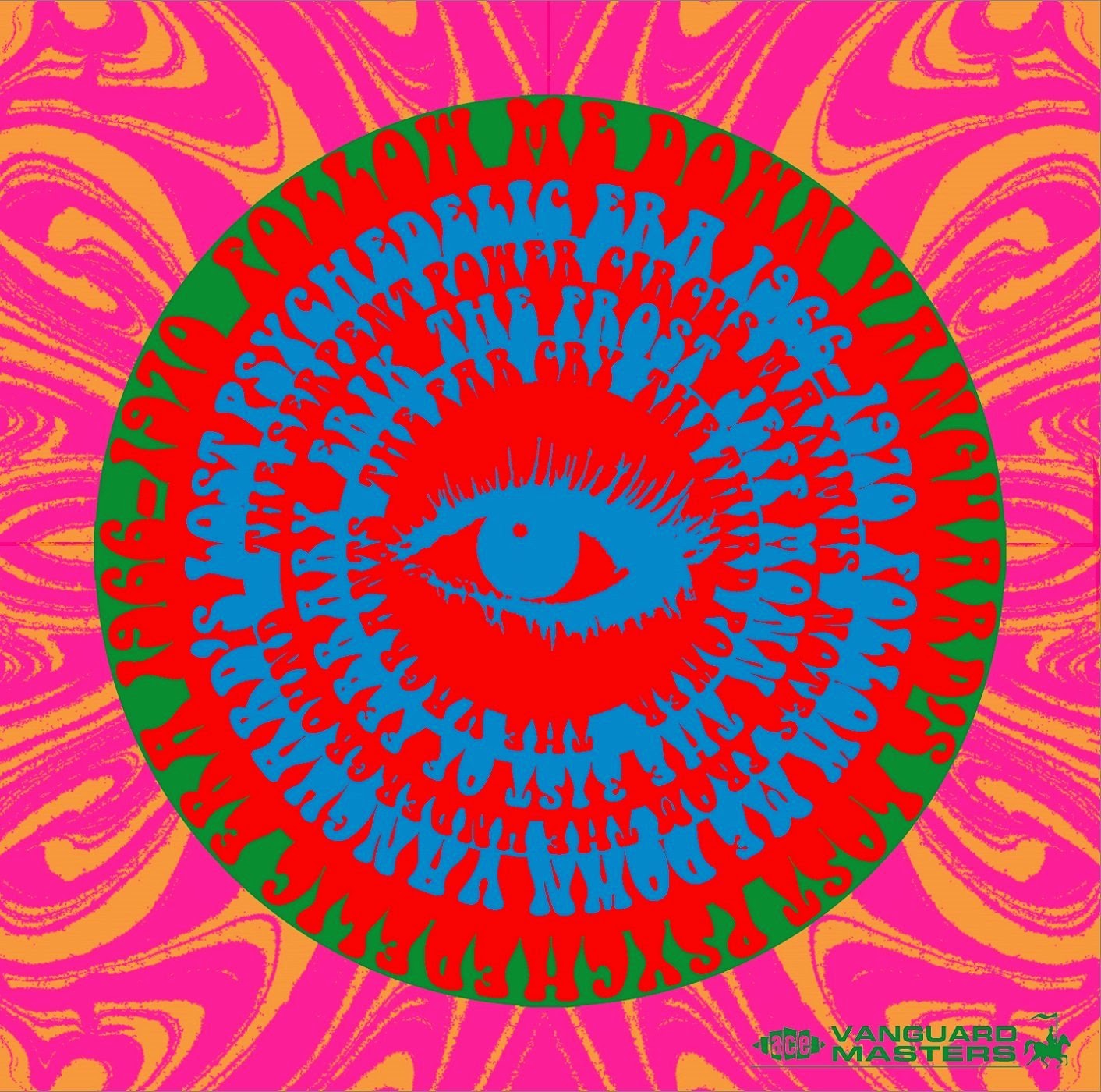 Originally released on vinyl in 2011 (and still available in that format here), this excellent overview of Vanguard Records freakier outings has now been made available to a wider audience thanks to this new CD release. Most widely recognised for its high profile releases of artists like Joan Baez and Ian & Sylvia, Vanguard is often written off as 'just a folk label' by collectors. But, as"Follow Me Down" demonstrates so admirably, the label's expeditions down the rabbit hole were both frequent and fruitful.

Vanguard's one really big psychedelic act - Country Joe & The Fish - are notably absent here, but that's not what this collection is about. "Follow Me Down" exists to give lesser known acts a chance to shine, and an opportunity to reach an audience which our reissue culture has molded into a much more open minded and receptive community.

The first striking aspect of "Follow Me Down" is how gritty the majority of this stuff is. There was a huge amount of pop-psych on the market around this time, but if this is anything to go by, Vanguard weren't having a bar of it. "Follow Me Down" is a much heavier beast than your average psych comp. Full of power trios, lengthy, lysergic guitar workouts and experimental, jazzy tendencies, this is pretty advanced stuff, but the producers have been extremely careful to ensure that their selections highlight the artist's melodic and compositional skills as much as their freakier credentials.

We've long been fans of Circus Maximus's Byrdsy folk-rock, so it's pleasing to see them highlighted here. Serpent Power's Doors invoking saga "The Endless Tunnel" is also a well known and highly prized gem among collectors, but there are plenty of other acts here that deliver on the promise of these slightly higher profile acts. Particularly good are the two selections from Boston band Listening, featuring intricate Hendrix style guitar work from a young Peter Malick, who in later years would introduce Norah Jones to the world.

I'm not enough of a scholar to know whether this should be used a starting point for further investigation of these artists, or whether this is all the average punter is likely to need, but it clearly belongs in the collection of anyone with even a passing interest in the original psychedelic era.