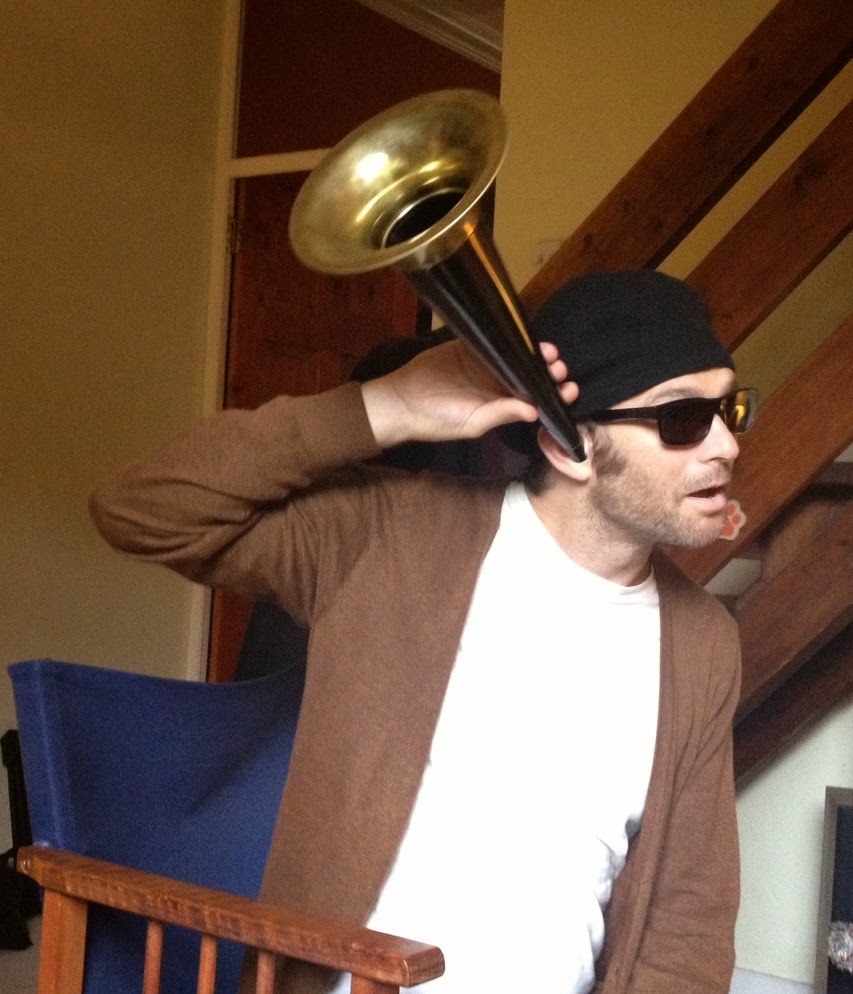 What was the first record you bought?
Single: Teardrop Explodes – Reward
Album: Adam & the Ants – Kings of the Wild Frontier I still have both of these! And both have stood the test of time.

What was the last record you bought?
Amancio D’Silva – Konkan Dance (on CD). Geoff Dolman at Static Caravan turned me onto D’Silva and the Joe Harriot re-issues. If you don’t know him (as I didn’t), D’Silva was this incredible Indian jazz guitarist based in London from the 1960s.

What's one thing about you that very few people know?
I made a papier mache puppet of Marco Pirroni when I was at primary school.

If you could record with any one artist who would it be and why?
Who? Mark Hollis – although I think I’m probably near the back of the queue for this. Why? He made some highly inspirational music and recordings – I imagine it would be more of a masterclass in invention and soul…...I’d just be happy to just sit there and make the tea to be honest!

Who should we be listening to right now?
Art of the Memory Palace – This Life is but a Passing Dream,  Walton Hesse – new album to be released soon,  Andy Stott – Faith in Strangers.  Any of the mid 1960s Nara Leão recordings Also BBC 6 Music and Resonance FM to guarantee some interesting armchair discoveries.

Vinyl, CD or digital?
All of them. I reserve buying vinyl records for my favourite albums and second hand random finds. CD is a much cheaper option now, better sound (for most things) and easier to store. Streaming for checking things out and keeping up with the musical Joneses. I’m not into downloading music – legal or illegal.

Tell us about your latest release.
It’s called “Sleep On, Sleeping On” which is about the worst play on words I could think of! Actually I’m a big fan of sleeping more than 8 hours a night and I read a book called “In Search of the Miraculous” about G.I.Gurdjieff who had this critical view that most of us are effectively inert automatons in a constant state of sleep and that we need to wake up – so it’s loosely tied in with that idea! It took two and half years to make as it was rare to find occasions where we could get everyone together in the studio and there was no rush anyway. We spent various sessions jamming out about 15 tunes and 10 of them made it to the album. A few originals, a few covers and a few trad songs. It isn’t faithful to one genre really, but mixes up folk, rock, americana, jazz, synths, ambient, film scores and wonderful vocals from Jenny McCormick and James Raynard. The “band” is a temporary band but we’re fortunate to have some amazing friends and players – John Ellis on piano and organ, Chris Hillman on pedal steel, Rachael Gladwin on harp, Raz Ullah on synths, Gus Fairbairn on sax, Luke Das-Gupta on trumpet. These are all highly talented, established and diverse musicians involved with many great projects mostly in Manchester. So it’s been incredible to get them together along with Mike Doward, Tom Rydeard and myself for this record. And my old pal David Jaycock played on one tune too. The album is out on 9 March on Static Caravan.

What's next for you, musically?
Live shows playing guitar with Jane Weaver. Starting an album project with Matt Grayson. Starting to work on a second PJ Philipson album. Possibly a Woodbine gig or two if its possible to organize.