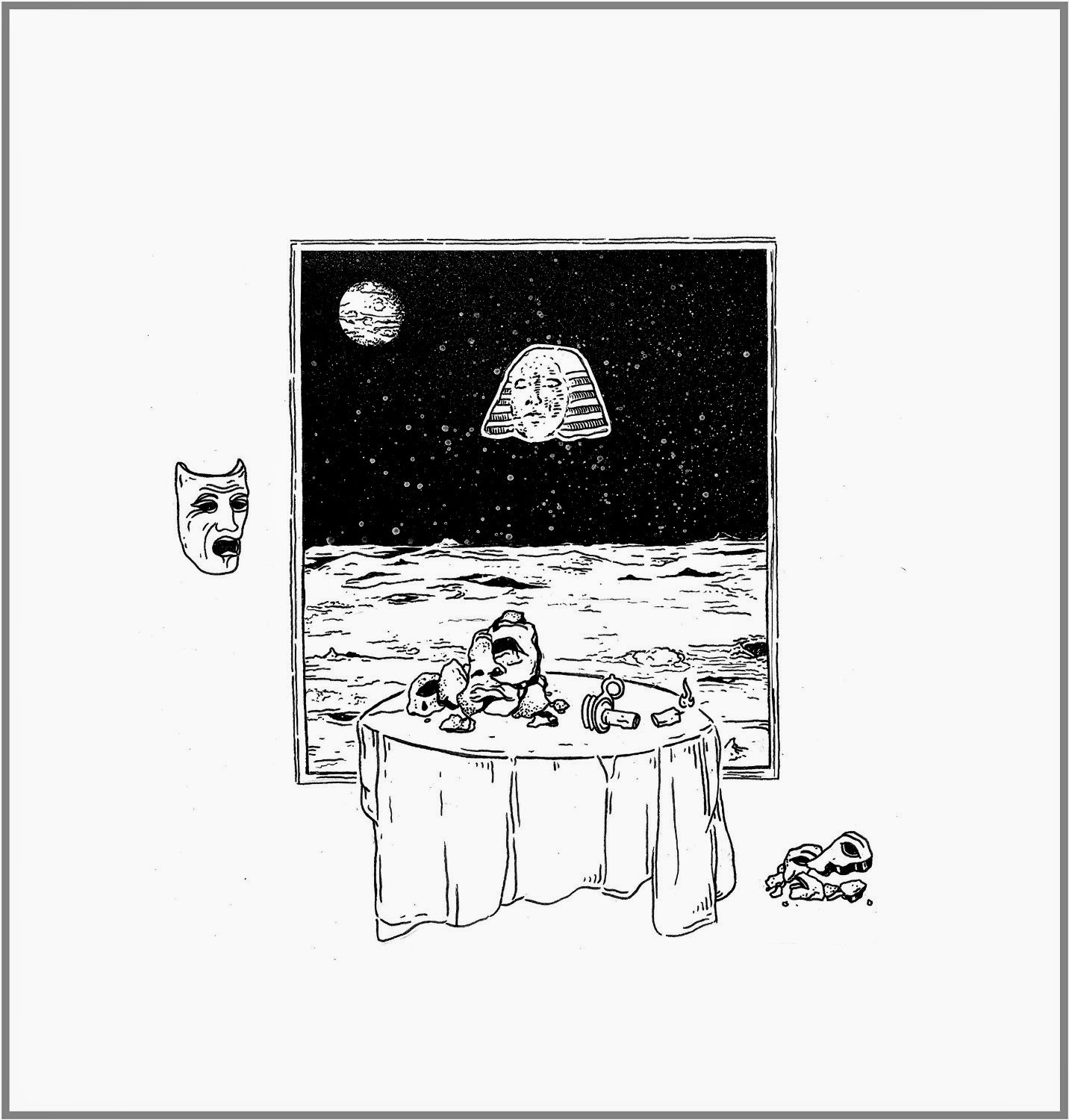 It's been less than a year since this LA based bunch unleashed their spectacular debut on the world via Ty Segal's God? imprint (on Drag City), and the follow up, "Golem", is even more of a treat.

Less reliant on synths, studio trickery, and psychedelia in general, "Golem" is, I imagine, an excellent indicator that their live show is a hair raising affair. The press release acknowledges Electric Wizard as a primary influence on "Golem", which caused some raised eyebrows here - eyebrows which remained raised as "Unexplored Map" exploded into life. Wow. This is one ferocious beast of a garage psych record. One with raw, terrifying guitars that are equally at home with bludgeoning riffery, or spiralling -out-of-control guitar leads. One with blunt force trauma drumming. And also fortunately, one that knows when to tone things back with unexpected subtlety - which isn't done often, but always exactly when needed.

Even when the music has you pinned down with your arm uncomfortably twisted behind your back, vocalist Cory Hanson is there adding a layer of sweetness. Sounding uncannily like Ty Segal at times, his is a game changing presence, with the sort of gifted melodicism that helped the likes of Kurt Cobain reach a level of universal connection that Mark Arm could never quite attain (for example). What I'm trying to say is that these are some seriously engaging vocal performances, especially when Hanson hits his falsetto.

I realise that I've painted a picture of a really noisy record here, and a lot of the time that is the case. These boys do heavy, heavy garage psych as well as anyone out there at the moment ("Floating Head" is a particularly great example), but the album's best moments fall between these heavier spaces. The best of these, and probably the most eye opening signpost for future promise comes with "Melted Rope". It's a massive glam epic; a "Width of a Circle" for the now, complete with huge mellotron blasts and some lovely, lyrical guitar work which will have Mick Ronson smiling quietly to himself, wherever he is.

"Golem" can be pre-ordered here.