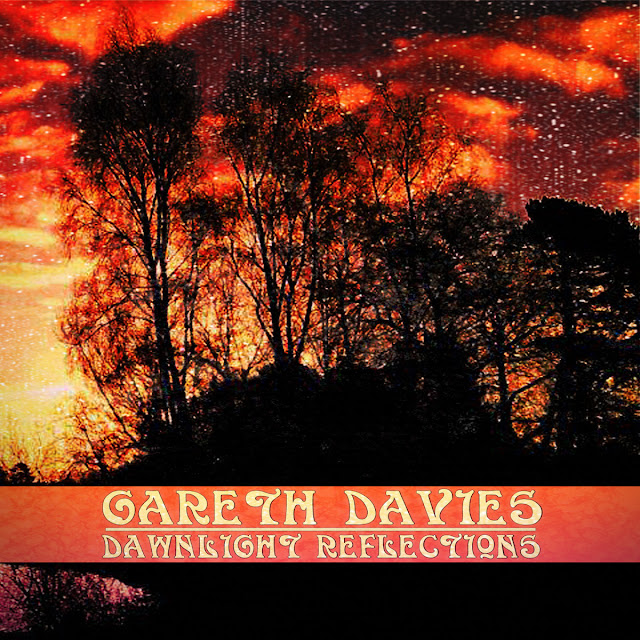 While there can be no doubt that the internet has caused a lot of damage to the music industry as a whole, it's also provided 'the little guy' with numerous opportunities that he wouldn't have had in the old-fashioned industry; an industry where it would be unthinkable for a New Zealand based writer to be covering a Welsh artist on an Austrian label, yet that's what we're looking at today.

To the artist on hand, Gareth Davies is an ex-metaller who now makes vintage sounding acoustic folk music very much in the mold of Nick Drake and John Martyn, although Davies material is all performed solo with just an acoustic guitar and his own double tracked vocal, which betrays a more contemporary edge that often reminds me of the vocals from Candidate's unimpeachable "Wicker Man" tribute "Nuada".

"Dawnlight Reflections" is very much a continuation of last year's excellent "The Spirit Garden", and while you'd expect two solo acoustic releases in such a short space of time to start sounding samey, a couple of listens will certainly show that this isn't the case. The songs themselves are strong, and lack obvious hooks, relying instead on Davies' dexterous guitar playing (the ghost of "Pink Moon" looms large over "Spectral Horizon"), with its lovely sustained notes, and carefully applied vibrato, not to mention his soothing, brittle voice.

While it'd certainly be interesting to hear Davies' songs augmented with some double bass, and drums - given the full Ryley Walker treatment - this particaular set of songs aren't found wanting for the absence of this treatment, with Davies' hushed vocals suiting the intimate setting perfectly.

Another extremely strong release from Davies. If you're a fan of the artists mentioned within, vintage progressive-folk, or even the quieter moments on Opeth's albums, you'll find much to enthral here.

The lovely CD version is available here (as is a bargain package including the also essential "The Spirit Garden"). You can also download the album on a 'name your price' basis here: