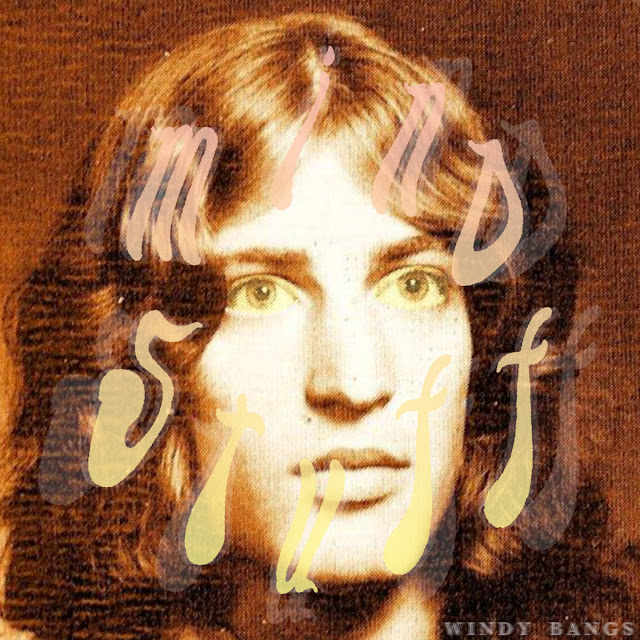 Windy Bangs’ debut album, "Mind Stuff", is a nostalgic lo-fi romp. Psychedelic but not always wildly so, the Brooklyn-based band’s LP often as more of a dream pop edge, and could best be described as a conglomeration of shoe gaze and doo-wop, mixed with garage / surf rock.

"Mind Stuff" opens with “Languid Love”, a short love proclamation over oohs and ahs with gentle guitar strumming in the background: “She rose like a tide from her saltwater sea, with lips smooth as the moon’s cheeks. It was then that I knew that this was love and she was my one, the brightest pearl in my deep cocktail glass.” Then “Love at the Four Moons” takes over. This is a woozy continuation of the infatuation-laden opener and increases the energy; the acoustic strumming turns to electric guitar, still using the same chords, and the talking turns to gentle singing.

“Wide Eyed” continues in a similar vein with vocal flourishes and harmonies. The melody and background vocals are reminiscent of 1950s pop and have a touch of the Beach Boys as well, but the lyrics are thoroughly modern. Singing, “this is the mark of our disculturation process,” the band channels the desire to have an authentic life with a unique interpretation of the world with one’s own mind and eyes, instead of through media consumption.

The album progresses and begins to incorporate more garage elements into its previously low-key sound. “Red Pants” picks up both the tempo and the intensity of the guitar. “Pulmonary Health” takes the garage sound further and truly embodies dark surf rock with droning guitar, a bit of dissonance, and classic surf riffs. The songs begins to mellow out again towards the end and the final track, “Hymn for Bean”, is dreamy and acoustic, toning it back completely and ending the album on a relaxing note in the most satisfying way.

I’d recommend this album most if you like surf rock in the vein of Heaters and the Growlers, as well as doo-wop. Standout tracks are “Love at the Four Moons”, “Wide Eyed”, and “Pulmonary Health”.