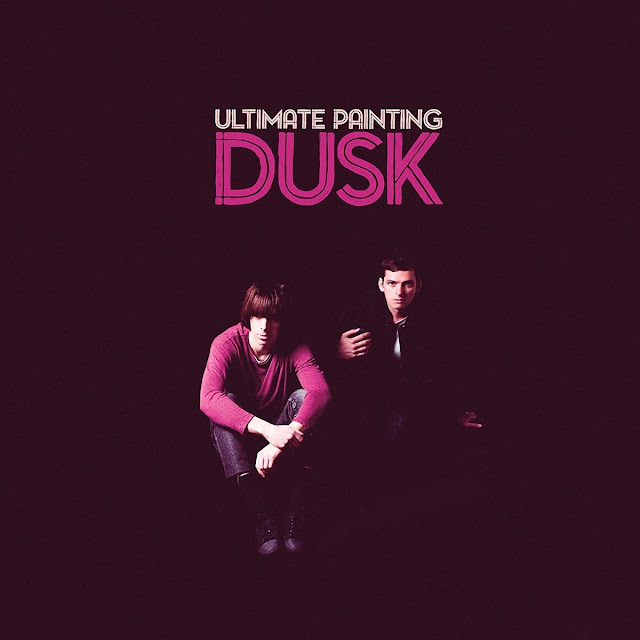 When Ultimate Painting released last year’s "Green Lanes" it grabbed me on first listen. Their sunny pop, to me, felt like Chicago in the 1990s, the time and place where I came of age. So yeah, it evoked some nostalgia and that was certainly part of the appeal. But nostalgia only goes so far; ultimately, it's the songs that have to hold up. And they do.

Their follow-up, the appropriately titled "Dusk", is not nearly so sunshiny. If "Green Lanes" sounds like the summer days that I spent record shopping and eating at greasy spoon restaurants, "Dusk" is the nightime. It’s the hushed, peaceful drive home from the clubs, winding through urban neighborhoods. Listening to music with the windows rolled open on a crisp summer evening.

The album opens with the shimmering guitars and thin drum sound of “Bills” which sets the stage with its driving rhythm that is reminiscent of Stereolab. However, in lieu of chugging guitars, gentle guitar arpeggios skitter over the top of it all, with half-mumbled vocals on top of that. “Song For Brian Jones” follows with the same lazy, summertime cadence; but some additional percussion loosens up the groove just a little bit.

The album carries on with “Lead the Way.” It’s a somber march that pushes forward with the same sort of chiming guitars, and a single droning synth note that hovers in the background that both lulls and disquiets. “Monday Morning, Somewhere Central” uses little bits of electric piano to add some interesting, subtle counterpoint to the electric guitar. Some nice vocal harmonies strengthen the song’s hook to make this a song that could have been a college radio staple around 1996 or so.

On "Dusk", Ultimate Painting sets a mood and maintains it; it’s evocative as hell. The album casts a spell starting with the very first note, and simply won’t let you go until it’s run its course. It’s one of those records where, each time I drop the needle, I don’t want to pick it up, or even get up out of my chair until the whole thing has faded into the darkness, leaving only its beautiful ghost behind.

It’s another very highly recommended release from the Trouble In Mind label.

Available on CD and vinyl here (UK/EU) and here (US).