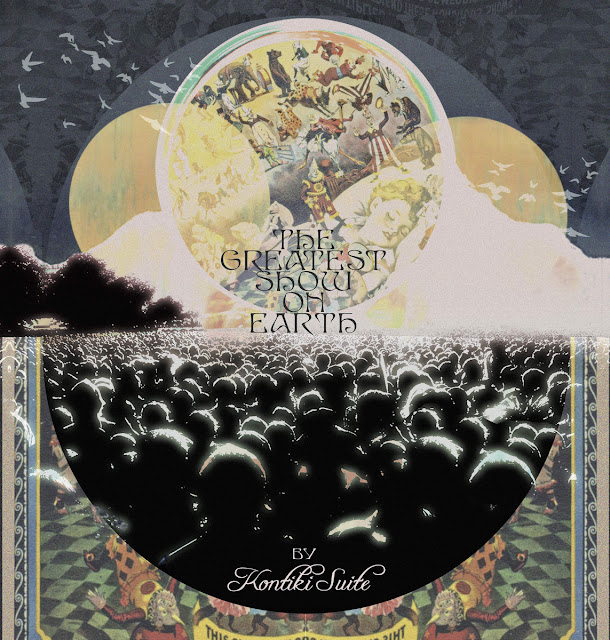 Review and interview by Tom Sandford

The Byrds’ wingspan of influence stretched across three full decades and flew through the sounds made by some of the most important bands in the history of rock, including Big Star, the Jayhawks, R.E.M., Matthew Sweet, Hüsker Dü, Echo and the Bunnymen and countless others. For a time it was de rigueur – if not downright cliché – to see the Byrds name-checked in almost any band’s bio. They were part of the holy trinity of influential B-named bands: Beatles, Beach Boys, and Byrds.

But to everything there is a season, and an apparent decline in the band’s influence on popular music seemed to coincide with the deaths of two of its original members, Gene Clark (in 1991) and Michael Clarke (1993). Notwithstanding this decline, the Byrds have always flown high and commanded serious respect among certain pockets of fans and bands alike – folks in Northern England especially, for some reason. Since 1990, we’ve seen the likes of the La’s, the Stone Roses, the Coral and Shack flying the jangle-pop flag. Since 2007, Kontiki Suite, a talented sextet from England’s Lake District, has continued in this tradition, evidence of which can be readily found on their sophomore release, "The Greatest Show On Earth".

As with their debut release (2013’s "On Sunset Lake"), Kontiki Suite proudly flies its Byrds banner via some obvious stylistic hat-tips to 1968’s "The Notorious Byrd Brothers". This time out, the band boasts a batch of impressive new Rickenbacker-based janglers (mainly from the pen of guitarist Ben Singh) and a tougher sound from the rest of the band (Jonny Singh, lap steel guitar; Marcus Dodds, guitar; Mario Renucci, bass; Chris Brown and Craig Bright on drums and percussion respectively). The result is a cohesive, 50-minute flight high above exquisitely atmospheric psych/country-rock/chamber pop soundscapes.

The opening moments of guitar/rim shots in the rousing, Golden Smog-like opener “Bring Our Empire Down” recall David Crosby’s serene “Dolphin’s Smile,” after which some Neil Young-like crunch is thrown in as the song gathers steam. “My Own Little World” features the kind of textured ‘n’ trippy triple-guitar interplay (including lap steel and 12-string Rickenbacker) that characterizes the overall tone of the album – tone that is often upended by deliciously abrupt shifts in tempo: the lads in Kontiki Suite are more than happy to jolt you out of the hypnotized state in which they deftly placed you. Occasional, judiciously chosen blasts of harmonica tug on the same heartstrings as in Big Star’s “Life is White.”

“Free From Sound” and “Here for You Now” are tremendous pop songs, the kind of tracks that, back in the day, would’ve jumped out of an AM radio and grabbed you by the throat. The former features a keening pedal steel hook that’s hell-bent on becoming your next earworm. The latter blends a “Ticket To Ride” beat with power-poppy rhythm reminiscent of Gene Clark’s evergreen “I’ll Feel A Whole Lot Better.”

Elsewhere, the band flexes its muscle on two lengthy guitar workouts, “Burned” (with its nod to Younger Than Yesterday’s “Renaissance Fair”) and the slow-burning “Under the Rug,” while “All I Can Say” shows the effortlessness with which Singh’s vocals can reconcile an ostensibly bouncy rhythm with a melancholic melody. In places he sounds uncannily like Gary Louris. Fans of "Sound of Lies"-era Jayhawks would feel right at home with this release.

Ultimately, "The Greatest Show On Earth" reveals increased depth, both in Ben Singh’s writing and the band’s collective vision. Kontiki Suite has created much more than a simple paean to the legacy of the Byrds; they have taken vital steps in forging a legacy of their own.

Tell me about the cover/title concept for the new record?

Craig Bright: During the time period in which we wrote and recorded The Greatest Show On Earth, three of the six band members have been fortunate enough to become parents. One of the lucky fathers, Jonny Singh, wrote the opening song on the album, Bring Our Empire Down, about the juxtaposition of the joy and virgin challenges of parenthood and, one line in particular in the song, refers to "the greatest show on earth"; Jonny's way of describing the wonder of witnessing the miracle of your own child being born. Moreover, when we identified the title of the album, it served to conjure a vision of an old school creepy freak-show in our minds.

So, looking at the front cover of the album, you will see a couple of key elements: One, a crowd observing the show; and two, the decidedly freaky dream sequence of a child at peace, asleep. Our brief was realised by the fantastic Luke Insect, a U.K. based designer.

Tell me about the Byrds’ influence on the band.

C.B.: The Byrds, and their various related bands and solo projects, are very important to Kontiki Suite. As children of the nineties, we were able to discover and appreciate The Byrds vicariously through a love of the bands they themselves inspired and influenced, in which I would include The Stone Roses, Ride and Rain Parade, among many others.

It never fails to blow my mind when I consider the volume and diversity of the music The Byrds produced, particularly between 1965 and 1969. I guess we would cite The Notorious Byrd Brothers as the zenith of their output, as it is a beautifully perfect culmination of all of the best elements of their albums (folk, pop, psychedelia and country). Undeniably, [it is] the template for our sound.

Of course, the consistency of The Byrds' output weakened thereafter, but the void was more than filled by the solo albums of McGuinn, Crosby, Gram Parsons and most importantly to us, Gene Clark. For me to attempt to tell you how vital Gene's post-Byrds music is would be complete folly. Personally, my favourite Clark song is “The True One” (from 1974’s No Other). Pretty much musical perfection in its simplest form as far as I'm concerned.

So, yes, The Byrds are a significant, direct influence on us, musically, aesthetically and culturally.

Take me through the steps in which a Kontiki Suite song typically comes together.

Ben Singh: A Kontiki Suite song will almost always start life as an acoustic piece – a folk song, I guess. If it sounds good with just the vocal and an acoustic it gives the song a good chance of sounding good embellished. The song is usually complete in terms of structure and groove before being presented to the rest of the band and if it's a song I've wrote and I've a strong idea of how it should sound I will sometimes record a demo in my home studio.

Down at the rehearsal room I'd play a handful of tunes to the band, either the recorded demos or just with the acoustic and we'd just jam through them. It's always nice if we hit the groove instantly. If it feels good we'll run with it and then we'll start to work on the guitars in more detail.

With the song beginning as an acoustic song I'll play the rhythm guitar while singing the melody. Jonny Singh plays a lap steel adding a kind of 'movement' to the sound, swooning in and out. We usually add a quite a bit of reverb and delay to give it more texture. Marcus Dodds plays a Telecaster for the majority of this album, usually either a clean tone with a touch of reverb or a classic fuzz. He tends to play the fills in between the vocal lines and more often than not he takes the solos.

Guitar textures are an intrinsic part of your sound, especially in terms of the interplay between them. Is this something you spend a lot of time consciously working on? Or is it just a natural by-product of how the band writes?

B.S.: The interchange between the slide and the lead occur quite naturally and aren't overly worked on; I guess that has came with the experience of playing together for the length of time we have. All the guitar lines are based around the vocal lines and melody and we try not to have too much going on at the same time. On the recordings I'll put down an acoustic track, this adds a percussive dynamic and then a picking 12-string Rickenbacker. I tend play this through a compressor with reverb. On a lot of the songs this is the main guitar of the track and other guitars play off it. The sound is very deliberate and we do consciously work on it but it does come very naturally to us. I think the reason why the three electric guitar parts work together so well is due to contrasting styles we play.