An Interview With Thomas McConnell

Here's a quickfire Q&A I conducted with young Liverpool singer / songwriter Thomas McConnell, one of my favourite discoveries of the year.

Set this playing while you have a read :


THE ACTIVE LISTENER : Can you tell us a little bit about your background and how you got into music?

THOMAS MCCONNELL : I got into music through Thomas The Tank Engine like most people do... my Dad pointed out Ringo's name at the start of an episode and said he was in a band, and once I found that band, I never needed any others. I was about 6 when I started listening to them and I didn't get into any other artists until I was 13 - so it was 7 years of constant Beatles and then 6 more of near-constant. I started guitar at 7 and taught myself keyboard and other instruments from what I knew on the guitar. Apparently, I used to dance to the sound of the bath running before I could walk.

THE ACTIVE LISTENER : You don't hide your love for the Beatles - who else was /is inspirational to you?

THOMAS MCCONNELL : Yeah I don't like hiding my love for them, it annoys me when musicians who are clearly influenced by something try to act as if they're not but I also love Bruce Springsteen, Pink Floyd, Oasis, Bob Dylan and I adore new wave artists like Squeeze, Elvis Costello and XTC.

THE ACTIVE LISTENER : Your songs up on Soundcloud at the moment are great. Any official release planned for these songs ( either these recordings or newly recorded versions ) or are you working on new songs? What can you divulge at the moment? Any idea what format they're likely to be released in? 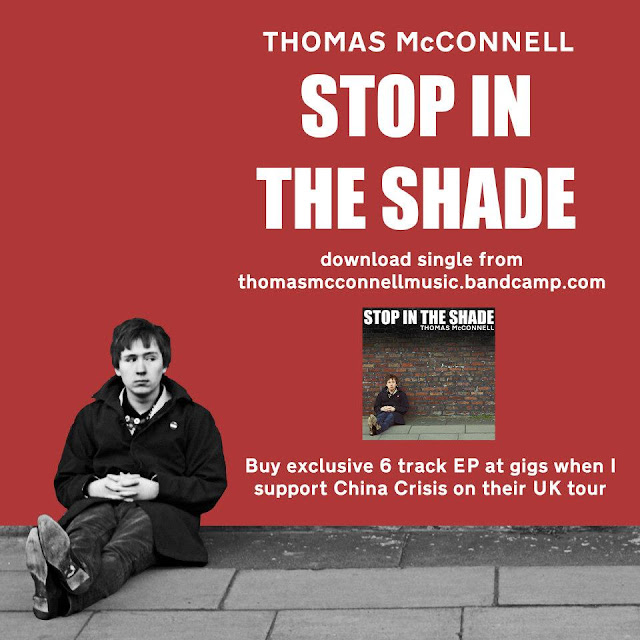 THOMAS MCCONNELL : I'm working on the odd new tune but I've got so many old ones backing up that I'm going to try and record them for a CD release hopefully next year (a vinyl even better). I have just released a download single called "Stop In The Shade/All Of My Days" and have a 6-track EP coming out on CD to buy from next week exclusively at my gigs.

THE ACTIVE LISTENER : Your songs sounds very much like they're created with something premeditated in mind. Do you have long term musical plans to go along with this, or are you more of a 'take things as they come' kind of guy?

THOMAS MCCONNELL : I'm a bit of both... in terms of writing a song I just wait until they come. I don't like forcing them but I do have long-term musical plans yeah... because my sound (at the moment) is Beatlesque, I need to work that through my system. There was no way my music wasn't going to sound like that at first because they are who I've listened to more than anyone my whole life - it was obvious that the initial material would be inspired by them.

THE ACTIVE LISTENER : The arrangements on your songs are pretty complex (harmonies especially) - do you arrange them yourself?

THOMAS MCCONNELL : Yes, as I said earlier I'm always thinking up new ideas for old songs and because the songs on Soundcloud are quite old tunes, I've had plenty of time to pile more ideas on and take things away.

THE ACTIVE LISTENER : Tell us a bit about your approach to the creative and recording processes.

THOMAS MCCONNELL : Well, after years of thinking I wanted to be in a band, I came to the conclusion that I have to record alone. I first started recording when I lived in Newcastle aged 11. For years I wanted to move to Liverpool and find a band (preferably a four piece with mop tops and cool suits). I didn't know anyone to record with in Newcastle so I taught myself how to record alone, playing all the instruments. Then when I finally moved to Liverpool three years ago and found a band, I couldn't work in it because I was so used to recording on my own. I'd find myself watching someone else record the bass or piano part or whatever on one of my tunes and just be wanting to do it myself.

THE ACTIVE LISTENER : You seem to have been playing a lot of shows lately. Who's been fun to support or play with?

THE ACTIVE LISTENER : Who else do you rate in the current Liverpool music scene?

THOMAS MCCONNELL : I love The Ragamuffins, The D-Tales, The Mono LP's, Vanessa Murray, Dominic Dunn, Thom Morecroft, Michael Bennett and many more. There's a great scene here at the moment. 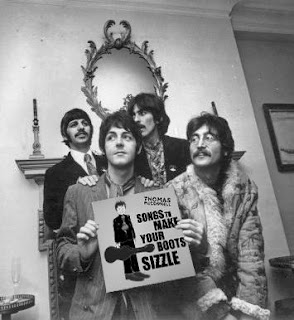 THE ACTIVE LISTENER : I'm a total Beatles fiend as well, so if you don't mind lets geek out on them for a bit. John, Paul, George or Ringo - which one and why?

THOMAS MCCONNELL : Paul. It's always been Paul because he's the most musical of the four, people always argue with me saying John's better and obviously, I love John and he's a genius but Paul is the underrated, essential ingredient to The Beatles. He was the only one who needed it and wanted it to keep going until the end. Even though in the later years he might have been seen as running the show a bit, that does mean that so many of those unbelievable ideas were predominately his.

THE ACTIVE LISTENER : Imagine the Beatles hadn't broken up and all of the solo post Beatles material recorded in 1969/1970 was actually recorded by the Beatles. What would be your tracklisting for the follow up to Abbey Road?

THOMAS MCCONNELL : Well, it wouldn't be based on how much I like the songs released in that period because I love them all. My list is based more on what sounds the most Beatlesque or what was actually written while they were still Beatles. Also, I'm cheating because some aren't 1969/1970. Obviously I love songs like "God" but that would hardly be put on a Beatles album for obvious reasons...

Not the happiest of albums...

THE ACTIVE LISTENER : Back to you now. What have you discovered are the pros and cons of being a musician in this day and age?

THOMAS MCCONNELL : Well, I'm not a fan of social networking in general but it's definitely a very useful tool for promotion but a con would be that your promotion gets lost in a sea of pointlessness about people's tea and attention seeking. Also, how do you make a living out of music anymore when it's all on the internet? Even though I do believe that illegal downloading seems harder to do and get away with than it was a couple of years back, it's definitely done some permanent damage leaving a negative perception that music should be free.

THE ACTIVE LISTENER : Who would you like to work with in the future?

THE ACTIVE LISTENER : What was the first album you bought, and the last? Tell us a bit about them. 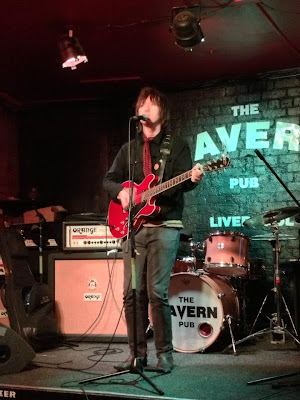 THOMAS MCCONNELL : I can't remember the first album but when I was about three my Mum and Dad bought me a cassette single of "Maria" by Blondie and that song has echoed through my life somewhat... and the last album is difficult as well because I buy a lot, so the answer will have changed by the time this interview goes up. My mate advised me to get into Neil Young so I just bought "After The Goldrush", favourite track so far is "Only Love Can Break Your Heart"

THE ACTIVE LISTENER : Anything that you'd like to talk about that we haven't covered?