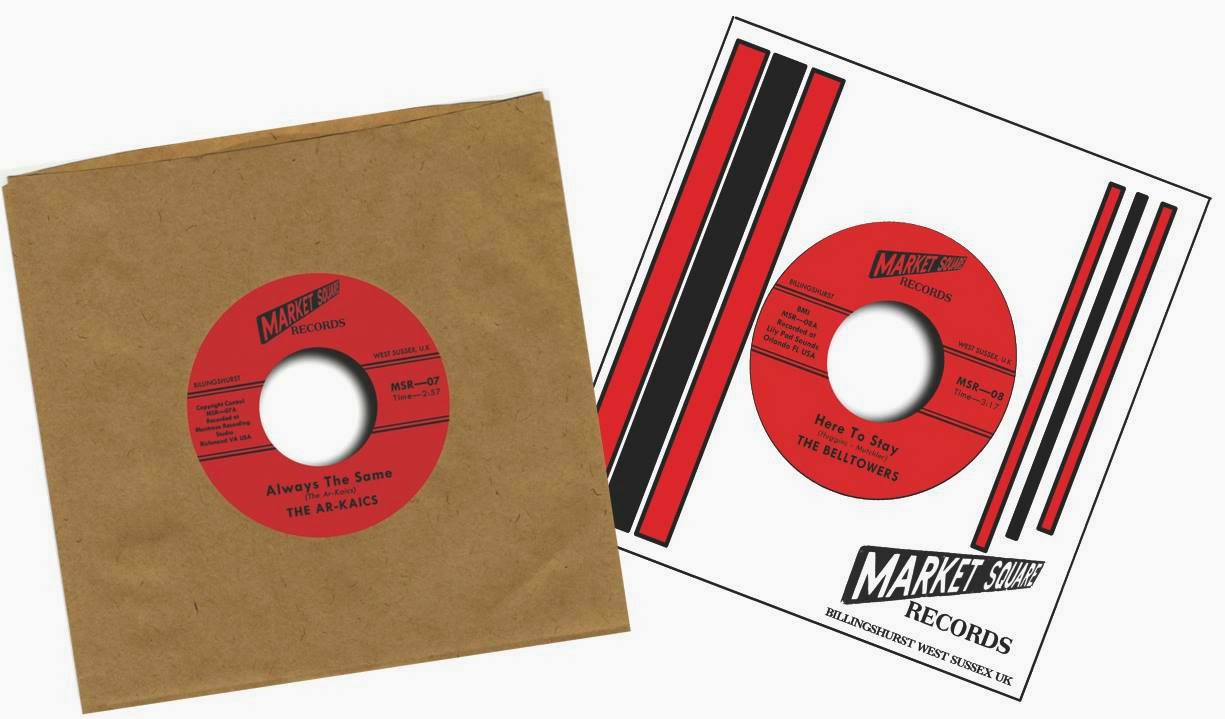 Richmond, Virginia’s The Ar-Kaics follow up their killer 2014 self-titled debut with a pair of fuzzy, garage punk tracks which continue what they started. A-side "Always the same" is a ferocious, angst-ridden take on garage punk. Drenched with feedback and a little buried, Kevin Longendyke’s voice carries the song from swaggering accusations to primal screams. It’s a topside track through and through: catchy, heartfelt, and brutal. B-side "Let Me In" plays the remedy through. Slower and moodier, "Let Me In" sways dreamily, chugging along with its hypnotic beat while still feeling vital and just as jagged.

Orlando, Florida folk-rockers The Belltowers are headed up by Paul Mutchler, formerly of The Lears and The Green Today. Their tracks are infused with melody and jangling folk rock. A-side "Here to Stay" is a rich take on Paisley Underground style guitar (so, of course, The Byrds), complete with Hammond Organ accompaniment and precisely reverbed leads. "Lovin’ You", the B-side, is a great flip side, proving that The Belltowers are seasoned veterans of harmony and catchy riffs. They’ve been at it as a group now, for almost ten years, and it shows.