Dumbo Gets Mad - Thank You Neil 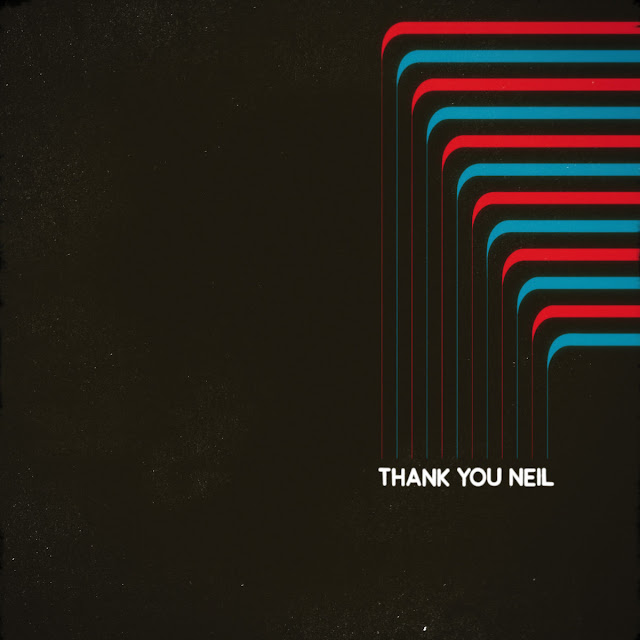 Dumbo Gets Mad is an incredibly talented male/female dream pop and psych duo from Italy. Unlike their first two albums, which were available as free downloads, the band is actually charging for this latest one. It’s definitely worth it though. On Bandcamp, they explain that the album’s title, "Thank You Neil", was inspired by astrophysicist Neil deGrasse Tyson and the 2014 documentary television show, “Cosmos: A Spacetime Odyssey”, which he presented and helped create. This is very fitting for such an ambient - and in spots surreal - album with song titles that include “Youniverse”, “Quasar”, and “Cosmic Bloom”.

"Thank You Neil" continues the delicate jazz and funk dabbling established in the group’s previous albums and further emphasizes the soulful aspects of their sound. The vocals are almost solely female, and highly dulcet, and in comparison to their earlier work this album is much more laid-back. “Orion Caos” in particular is a standout in the funk department with a grooving baseline and electric guitar over dainty synths. "Thank You Neil" is also similarly serene to Pure X’s 2014 album "Angel", though it has a more upbeat tempo; this resemblance is especially noticeable during the beginning of “Loosing It” which starts out very mild and meditative before gradually turning experimentally jazzy and cosmic. This track also has an excellently fuzzy and spaced-out jazz guitar solo in the middle that is somewhat comparable to Fifty Foot Hose.

"Thank You Neil" is smooth and hypnotic with an invigorating energy. Conceptual themes of the album include the confusion and seemingly arbitrariness of the workings of the universe, the limiting power of time, and a critical view of misogynist culture. References to the cosmos abound. Maintaining a cohesive sound throughout, the album’s vibe is modern yet peppered with retro flair.

Some of the strongest tracks are “Orion Caos”, “Loosing It”, “Andromedian Girl”, and “Misanthropulsar”, the album’s first single. If you enjoy this album, check out Dumbo Gets Mad’s debut and sophomore albums, "Elephants At The Door" and "Quantum Leap". "Elephants At The Door" has a similar style to "Thank You Neil" but is more uptempo, and "Quantum Leap" is the liveliest, infiltrated by dance and hip hop beats. Their sampling game is also particularly strong on "Quantum Leap", with clips of Azealia Banks on “Tahiti Hungry Jungle” and Fifty Foot Hose on “Future Sun”. Each album they have released so far is spectacular and none should be missed.