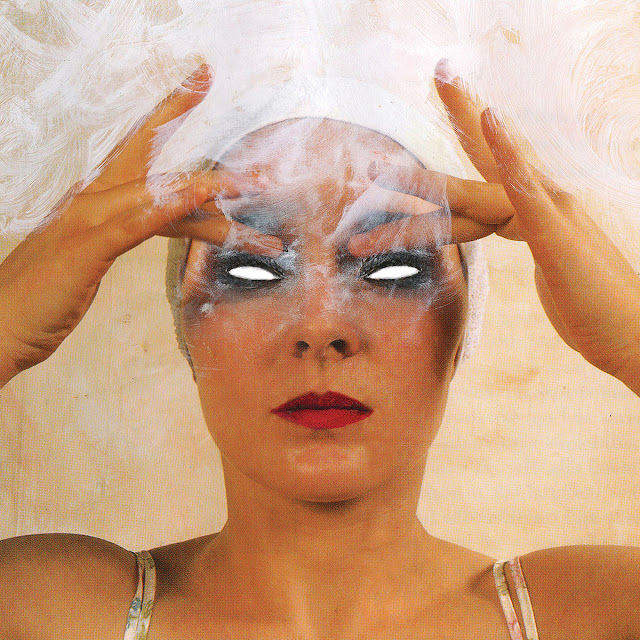 London’s Hey Colossus have been around a while, so it’s no longer surprising when every few years they quietly release a severely underrated record that adds to their cult followers’ devotion. I knew Hey Colossus as a noise-loving act a few years back – and loved them; but, since “In Black and Gold,” released just a few months ago, we’re meeting a new version of that same noise, one that’s focused on propulsive rhythms and rigid constructions while maintaining a level of noisy, spaced out bliss. “Radio Static High” is likeable on first listen, but with each subsequent listen I’ve come to like it a bit more. The evolution of Hey Colossus – even from the only eight month old release “In Black and Gold” – is apparent from the very start; Hey Colossus has turned itself into a powerhouse of Krautrock-infused punk, a swaggering motorik juggernaut. Whatever you’re looking for, they’ve got it; their Bandcamp page decided on “doom, rock, psychedelic rock, and heavy rock,” and sure, it’s all there.

“Numbed Out” utilizes a deep, guttural guitar tone that long-time fans will recognize – grungy, doom-laden and biting – but as the song progresses there’s a clear move toward a more orchestrated arrangement. Of course, being the band they are, Hey Colossus clings to the noisy core throughout. This is a band operating at its creative peak, sonically challenging itself and broadening its scope.

“Hop the Rails” is an absolute hypnotic joy. Propulsive bass and drums undercut the guitar flourishes and bombastic, reverbed vocals. It sounds like punk, math rock, and Krautrock all at once.

I may be misunderstanding Hey Colossus’ Bandcamp page, but it seems as though “In Black and Gold” initiated a split from their old ways as their earlier work is now unlisted (and difficult to find online in any form). Whatever they decide for the band’s future releases, “Radio Static High” has converted me into a firm believer.

This one comes with my highest recommendation.

UK / EU listeners can get vinyl, CD or digital through the streaming link below, while US listeners are directed here..