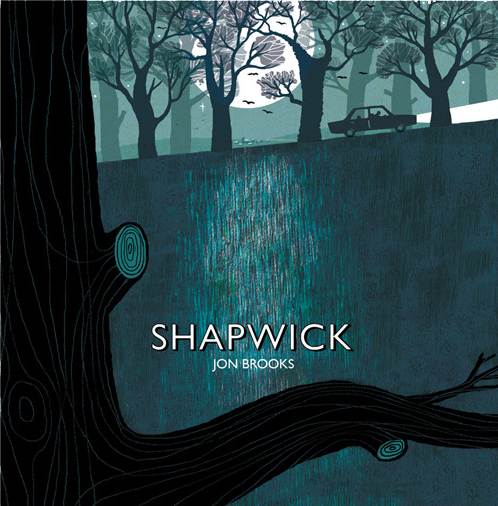 Jon Brooks is a busy man. As the Advisory Circle he's been one of the Ghost Box label's most prolific and successful artists (and their most consistently interesting in this writer's opinion) with 2011's "As The Crow Flies" being perhaps the pinnacle of the label's output so far.
Those who've strayed even further from the path will have discovered a series of more challenging, niche recordings released under his own name on his own label, Cafe Kaput.
Breaking the mold somewhat then is his newest album "Shapwick" - a Jon Brooks recording, but also perhaps the most welcoming and melodic suite of pieces he's yet committed to tape (literally in this case, "Shapwick" was recorded on old deteriorating cassette tapes.)
After a super-limited run of 110 hand-made CD copies sold out before I even knew of it's existence, Clay Pipe Music have done the decent on us and released this excellent vinyl package, lovingly adorned with Frances Castle's moody and evocative artwork. There's 500 in this run, so be quick.
The idea for "Shapwick" came to Brooks after a wrong turn led to an unexpected drive through the small Sedgemoor village : "I felt a certain energy around the place... It struck me that an album could be based on an imaginary impression of this area."
And quite an album it is too.
After a disorientating introductory piece with the sounds of a freeway swelling to blackout levels that abruptly cut off, the rest of the album seems to take place in a surreal limbo state that seems to operate just below the level of consciousness. The evocative nature of "Shapwick" makes it easy to picture a protagonist waking in a strange, mist shrouded village, unaware of how he arrived and uncertain of what he's going to find as he investigates further. Unseen, watchful eyes, and suspicious locals are effortlessly evoked, in a UNIT era Doctor Who type of way. 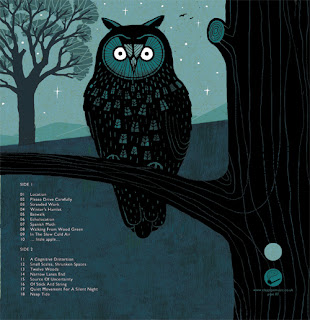 Brooks is a master at writing simple, haunting melodies that seem like they've been plucked from the greater collective consciousness of our youth - pieces imbued with a nostalgic yearning for a romanticized past.
Sure there's some batshit crazy bits as you'd expect ; the afore-mentioned piece of Freeway swell as well as some bat / sonar related field recordings, but for the most part "Shapwick" is filled with delicate, simple melodies that sound like they've been plucked from vintage music boxes.
Acoustic instrumentation plays a much stronger role than usual for Brooks work too here, with a number of the more memorable pieces carried by a plaintive piano melody. Couple this with Brooks organic sounding vintage synth and sequencer work and you're left with an album removed from time, that could have been composed at any time in the last hundred years without sounding like it belongs to any specific era.
Beautiful stuff.