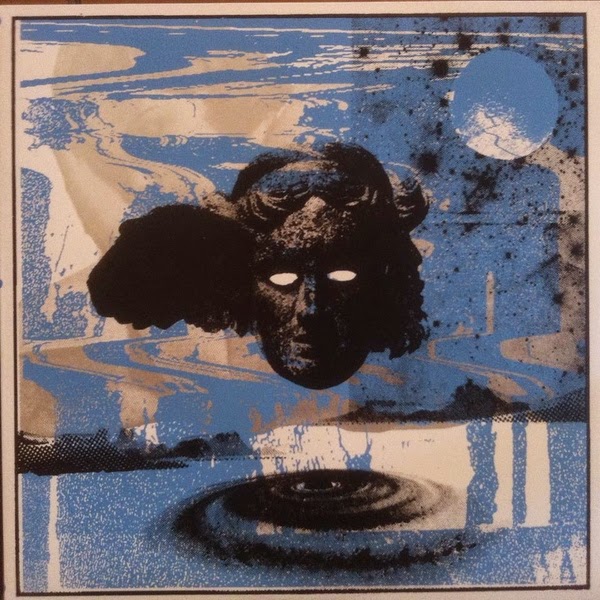 A real treat for Delia's legion of fans here. "Dreams" was originally made in collaboration with Barry Bermange and broadcast on BBC Radio's "Third Programme" on 05-01-1964. Quite what the listening public made of it, I can't imagine, as even today it's a strangely beautiful, but nightmarish proposition, with a slow, spooky atmosphere that immediately made me think of "Carnival of Souls".

Bermange recorded a selection of typically well-spoken, upper crust sounding members of the English public describing their uncomfortable, claustrophobic dreams, in a calm monotone which hints at the coiled mania beneath. David Lynch would love both the delivery, and the surreal depth of detail here.

These recordings were then spliced and reassembled, with excellent use of repetition to build tension, with Derbyshire providing suitably nightmarish electronic soundscapes that accentuate the feeling of mounting terror. Those who are fans of her eerie Doctor Who work will feel right at home here, although this is creepier than anything the Beeb would have allowed on their flagship kid's sci-fi show.

It's riveting stuff, presented in five themed movements. "Falling" is a particular revelation, full of edge of the seat moments, with a deliberately slow pace that racks up the tension to unbearable levels.

Word is unfortunately, that this vinyl release is a bootleg, and that it's sourced from 256k mp3s. It sounds like it may well be, unfortunately; it's certainly not an ideal situation, but given its relatively lo-fi origins, it doesn't suffer too much from this treatment. While I'm loathe to support this sort of venture, it's historical importance, coupled with the unlikeliness of an official release anytime soon (or indeed, ever) make this a no-regrets purchase for me, and should an official release eventuate, a re-buy is a certainty.

An essential addition to your Radiophonic collection.