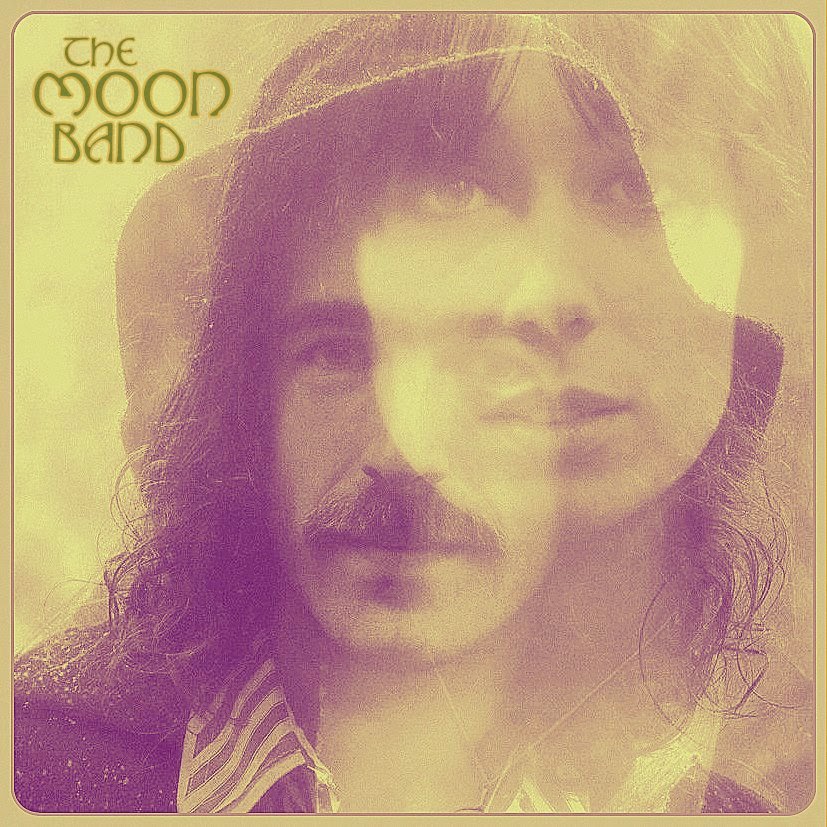 The Moon Band came to the attention of fans of all things psych and wyrd with their debut single ‘Cedar People/My Home’, a classic slice of acid tinged 70s style folk that both impressed and got it's melodic claws into those who heard it leaving those listeners keen to hear more. And now here is the opportunity to do just that as the band's debut album is released on download by (Dodson and Fogg frontman) Chris Wade's excellent Wisdom Twins imprint. Indeed Wade seems to be determined to bring sophisticated and classic psych folk to the masses with his label; he has recently reissued the two long lost Mr Pine albums alongside an extensive and treasure filled back catalogue of Dodson And Fogg albums and side projects. Here, the Canadian Moon Band's two members Nicholas Tomlinson and Renée Forrester play a virtual folk orchestra's worth of instruments including bouzouki, sitar, fiddle, guitar, autoharp, banjo and recorders and whistles to create their full, emotive and carefully layered sound, resulting in an album that could have been recorded and considered a classic of the genre at any point in the last 30 years.

Opener 'Comin' Back Babe' is a country tinged piece of musical perfection that, with its dual vocal harmonies, recalls Gram Parsons duets with Emmylou Harris as well as the more reflective works of Crosby, Stills, Nash and Young. Instantly emotive and with a dreamy nostalgia all of its own, this is an ideal introduction to what is a veritable treasure chest of folk and Laurel Canyon tinged gems. 'Silver And Gold' is a delicate and dreamlike slice of acid folk, Forrester's vocals imbued with beauty and melancholy that evokes images of endless fields of flowers and long lost scorching summers. There is a sepia tinged sense of wonder to proceedings; the whole song a lesson in melody and seemingly effortless classic songwriting. Next, the Kate Bush hued 'Be It In The Pines Or By The Sea' is a fiddle led witches song that recalls The Incredible String Band and Linda Perhacs in its otherworldly and eerie atmosphere, whilst 'Fortune's Way' pits both vocalists together in a sitar soaked perfect golden nugget of psych folk. 'Cedar People’s flower people harmonies and woodwind are utterly entrancing and timeless, the atmosphere not unlike an Alice In Wonderland dreamscape as sitar drives the song forward in lysergic fashion. 'Lazarus', meanwhile, is a fingerpicked, acoustic Appalachian lament with swathes of reverb dripping off the guitars. It is a hugely evocative and atmospheric piece, filled with hair on the back of the neck moments. Next, 'Old Friend' is a banjo and guitar filled tapestry that reminds this listener of The Doors 'Spanish Caravan' in its esoteric flourishes and sense of drama, a personal highlight in an album of genuinely magical moments. 'In My Clothes' is a wintery slice of acid specked loveliness, sitar and tabla providing a purple, baroque backdrop to Forester's incredible vocals. Shimmering and glistening with echoes of the summer of love, there is a beguiling nostalgia here that is both warmly comfortable and deeply immersive. 'Of The North' follows, a track that Trees or Bert Jansch would have been proud of (there is a definitely more than a hint of Pentangle here, The Moon Band are proudly beatnik and all the better for it). 'A Day Trip Round The Yard' is a Nick Drake styled gentle stroll at late dusk that dissolves into a thrillingly acid flashback style mosaic of backwards tapes and bouzouki as the track delves deeper down the rabbit hole. 'Tobacco Farm' is a reflective and melancholic duet whilst closer 'My Home' is a patchouli perfumed and carefully constructed piece of dreamfolk that is subsequently completely and utterly bewitching. It is the ideal conclusion to an album of such delicately weft and woven musical dreams.

That this is The Moon Band's first outing is nothing short of impressive; they have created a recording of such assurance, maturity and longevity that their future work is a genuinely exciting concept to consider. And for just now, this is an album that begs to be the soundtrack to your summer. Time to place those flowers in your hair.

Available now as a download at The Wisdom Twins Bandcamp site.