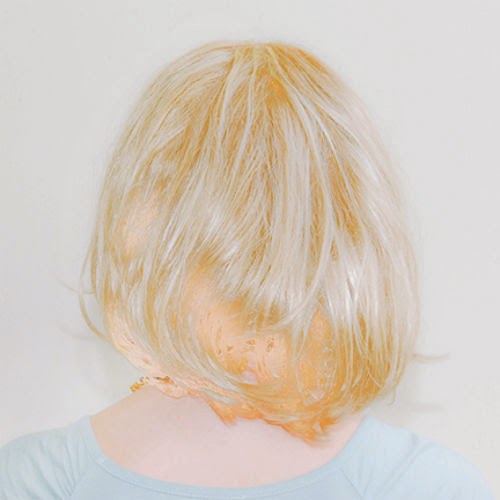 The Ganglians are sadly missed, but we needn't be too mopey as Ryan Grubbs and Kyle Hoover have channeled their energies into an exciting new project. Enlisting Antonio Gualco (drums) of Fine Steps, Adam Finken (guitar) of Blasted Canyons, and Ryan Hansen (bass) to form Tiaras, the band quickly outgrew its side-project status on Ganglians' dissolution, and have taken their time recording a fine, confident debut here.

With a sound that still has links to Ganglians's 'sinister sunshine' Bay Area garage, Tiaras have opened the door to a whole host of other influences, ranging from the power-pop of the Dwight Twilley Band and Big Star, to the epic new wave synth-pop of the Cars and Tears For Fears. You're potentially scratching your head at this point and I'm sure you're not alone, but these rather divergent influences coalesce in a surprisingly cohesive fashion, and there's a stylistic unity to the album which blends these sounds into an immediately recognisable style that has a universal appeal which is much more than the sum of its parts. It's a potential trend-setter, and I'd be surprised if you don't suddenly hear a lot of  albums which sound like this over the next year or so.

Of course, it helps that Tiaras' songs are laden with irresistible hooks too - we're not talking style over substance by any stretch of the imagination. These songs have big, hooky choruses, but are not satisfied with leaving it at that; Grubbs' vocals frequently slip into a falsetto which provides earworm after earworm, and the jangly guitar parts are brimming with memorable riffs.

In the long run though it's an album that's built to be heard, not analysed. A sample track can be heard below, and those in the San Francisco area have many chances to catch what I hear is a killer live show. I'm kind of jealous, but hey, there's always the record.