Nine Questions with The Hare & The Moon 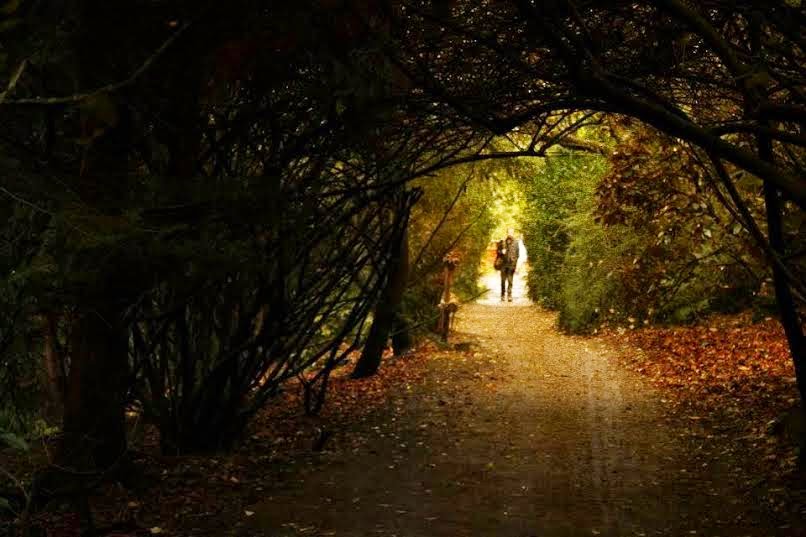 Today.... Grey Malkin from the Hare & The Moon.

What was the first record you bought?
It was either '90125' by Yes or 'The Collection' by Ultravox, both on cassette. My predilection for terrible prog and over serious dramatics obviously started at a young age. I love Ultravox, there's nothing wrong with wearing flying goggles and a kilt. In hindsight '90125' is awful, what was it about the 80's that so many established bands got it so wrong? Out with the dragons and in with the suit jackets with rolled up sleeves! Dreadful.

What was the last record you bought?
I splurge all the time but it tends to be older albums rather than new releases. The last one was Sunn O)))'s 'Void' with the bonus Nurse With Wound remix disc. My neighbours love me for that. What else? Coil's 'Megalithomania' bootleg, Sarada Holt's 'The Ghost Of Dorothy', Baby Dee's 'A Book Of Songs For Anne Marie'and Le Mystere De Voix Bulgares first album are all sitting waiting their turn at the phonograph in The Hare And The Moon's HQ.

What's the one thing about you that very few people know?
Probably my deep and abiding love for terrible movies. I'll quite happily sit through any amount of viewings of 'Highlander'or 'Independence Day'. I recently discovered 'Olympus Has Fallen'. What a load of brilliant tripe that is. I don't watch these ironically, I get very caught up in them and can watch them endlessly. That's not very cool is it? I probably should have mentioned my cloven hooves.

If you could record with one artist who would it be and why?
Steven Stapleton (Nurse With Wound). In terms of mood, a vast landscape of found sound and being truly disturbing I think he's got the lot and is a huge inspiration. I really dig his look with the top hat too. I'm going to cheat and mention a few others; Edward Ka-Spel (of The Legendary Pink Dots), Syd Barrett (the chances of this are limited I know) and Tony Iommi (Black Sabbath).

Who should we be listening to right now?
Well there's this bunch called The Hare And The Moon who have a new record out...there are lots of fab records that are properly underground and truly inventive out at the moment; Sarada Holt's new album (haunted psych), Tim Moth Eye's (of Stone Breath) forthcoming 'Grave Needs' (and not just because I pop up on it), Jim Griffin's 'The Cleric And The Ranger' (genius one man prog folk), anything by The Holy See (spooky lost soundtracks of the highest order), So There (demented, psychedelic experimentalism), the new Dark Sinfonia album 'Plague Tales' (dark, gothic drama), Klaus Morlock's 'The Child Garden' (vintage electronica meets The Wicker Man) and anything by Richard Skelton. There you go, a shopping list!

Vinyl, CD, digital or cassette?
All apart from digital which I really don't like at all. Maybe I'm old fashioned but I do like to hold a record in my hands and look at the sleeve, the inlay, the artwork...those crazy kids and their MP3s, what on earth do they use to roll their cigarettes on? Plus they never get to experience wearing triple gatefold sleeves as wizard hats. I can personally recommend 'Tales From Topographic Oceans' as being the best for that.

Tell us about your latest release.
The Hare and The Moon's new opus 'Wood Witch' is now out and wandering the forests. If you were super quick you might have picked up the 2CD version with a splendid remix disc by Melmoth The Wanderer but fear not if you didn't as there is a standard edition available. It's very long (in ye olden days it would have been a double album) and has lots of new songs about ghosts, murder and cornfields (what else is there?) We make a tremendous racket and there are some beautifully eerie and gentle moments from our singer too. Spook folk, haunted prog and dastardly drones.

What's next for you musically?
I am currently recording an album with the French folk band Sourdeline who are amongst my all time favourite acts so this is a dream come true. I also have something in the works with Dark Sinfonia's William Westwater, a collection of Scottish myths and folk legends put to music. There may also be something on the horizon with Michael Warren and I'm going to pop up on various albums by other artists throughout the year, probably creating a terrible noise. There will also be a new The Floating World album , Amanda Votta's project, which we are also working on as we speak.

What's for dinner?
Tofu hot dog sausages or these tofu 'pizza slice' things I found when out shopping yesterday. I'm slightly cautious about them which feels like the best approach, given what they look like.