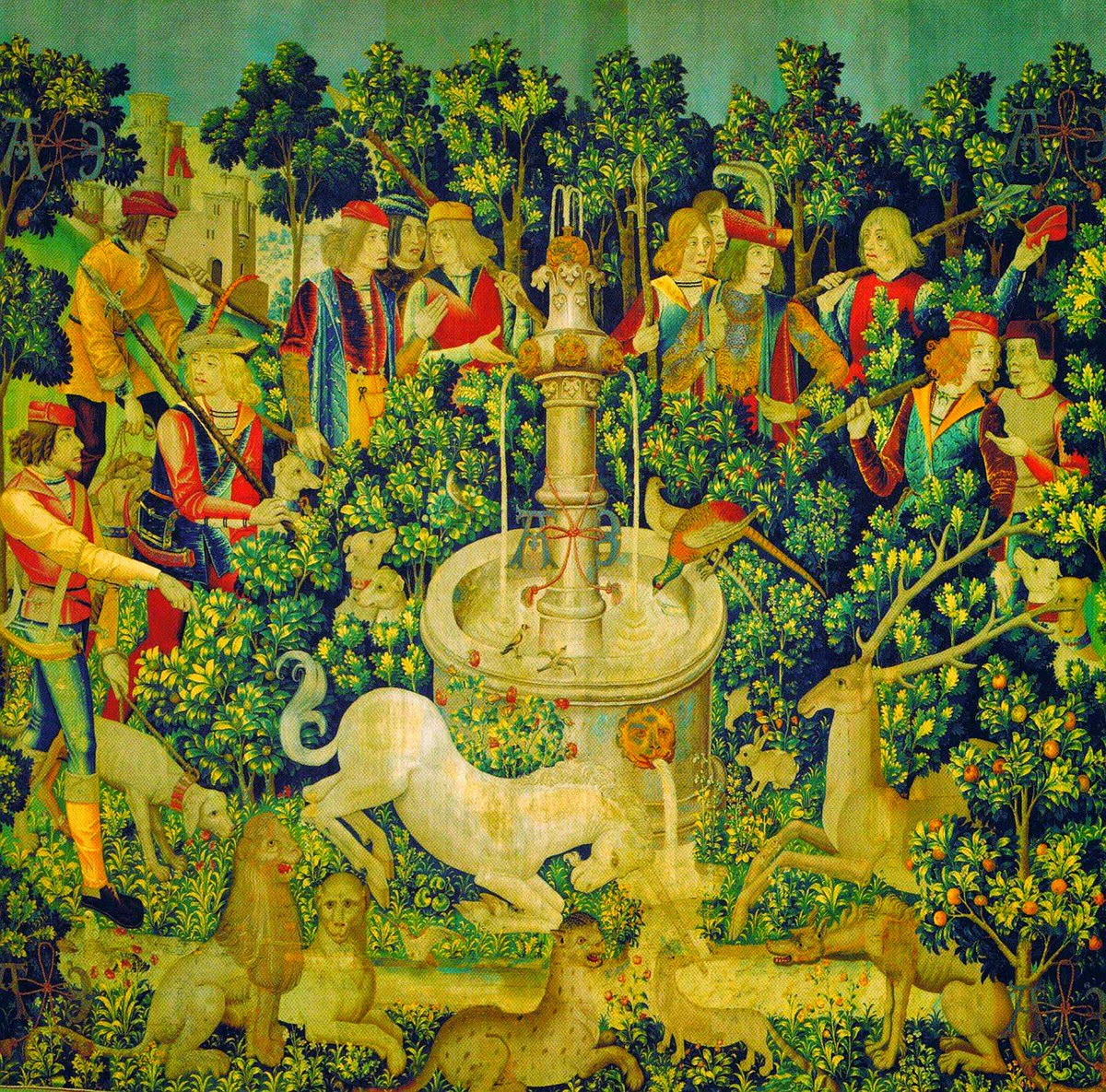 The enigmatic and elusive Klaus Morlock returns following 'The Bridmore Lodge Tapes' opus (much loved by this listener and reviewed here) with his second long player 'The Child Garden'. Based on local folklore that Morlock uncovered during his time living on the Wiltshire/ Dorset border, 'The Child Garden' refers to a cult that was active during the mid-seventies in the region, which had very probably been around since the days of the 14th century. Indeed Morlock dedicates this album to 'the strangeness that befell the West Country in the scalding summer of 1976.' Appropriately then, this a recording that affords ritual, unease, a creeping nostalgia and a uniquely British sensibility; that of knowing that there are wyrd things going on in the woodshed but appearances and stiff upper lips must be kept. And it is all the more brilliant and unnerving for this.

Opener 'Quick, Said The Bird' begins with a chorus of birdsong, the haze of a long summer luring us into a very false sense of security. A melancholy piano line plays a reoccurring motif with just a hint of menace before a choir of mellotron and vintage synth effects paint a backdrop of dread and wonder; imagine 'Children Of The Stones' set to music on a grand, orchestral scale. The atmosphere painted so expertly by Morlock certainly makes this listener think of that strange midpoint when you stay up all night between dusk and dawn; a hazy, liminal, unearthly place. Next, 'Alison Is Mine' disturbs further with its ritual drumbeats, descending piano lines and distorted dialogue. Choirs oscillate between the speakers ominously, a satanic stanza. This is what the soundtrack music to rural hell sounds like and it turns out it is very pleasing indeed. 'First Gathering' is a gentler though no less eerie piece, guitar and flute combing to create twisted acid folk of the highest order. Not unlike something you would expect from the film scores of 'Let's Scare Jessica To Death' or 'Tam Lin' this is a work filled with both fear and beauty. The traditional 'Willow Wailey' (best known as the theme from ‘The Innocents') follows, a most spooked and disembodied version of this lament. A tape recorded collection of interviewee’s recollections about the cult opens 'Testimony And Ritual', beginning with reminiscence of how beautiful the members were before descending into the terrifying refrain ' I couldn't move a muscle...I was paralysed with fear'. It is a hair on the back of the neck moment; the source of the fear is cleverly never revealed as analogue strings and synthesised chanting emerges. Affecting, chilling, beautifully and evidently carefully constructed, this is music that will appeal not only to fans of horror scores but also of psych and acid folk, of Paddy Kingsland's soundtracks to 70’s classic TV shows such as 'The Changes' and the BBC Radiophonic Workshop’s music from ‘The Tomorrow People’.

'Jennifer's lonely piano line and flute evokes a sense of dread perhaps best described as ‘rustic noir’; this is a paean to the terror that is felt in the wide open landscapes, the countryside that by day appears tranquil and serene but at night only needs a few lit torches to be seen on the horizon to take on an altogether different vibe. ‘At The Temple' builds on the previous track adding strings and harp before returning to the solitary first piano line to great effect. This music is possessed of a beauty and otherworldliness that is enticing and draws you in no more matter how unsettling the shadows might be. A bit, perhaps, like a cult itself. Likewise 'Second Gathering' is a gorgeous Wicker man style flute and analogue folk reel, smothered in a sense of the heady, hot summers of the past, the sun descending slowly as the robed villagers start to amass in the fields. Delicate string arpeggios fill 'Samantha's Ascension' with a beguiling air of awe and reverence before 'Over The Dead Leaves' lets its John Carpenter-esque piano lines crackle, pause for a disturbing human wail and then come crashing back with drums and buzzing strings; a heart stopping moment. Listen to this album by candlelight, it perfectly suits the ritualistic and ceremonial atmosphere that is so carefully cultivated, the sheer scope of both beauty and terror. 'Jennifer's Ascension' is next, harp and flute once more suggestive of Paul Giovanni's soundtrack of The Wicker Man, evoking the clifftop scenes of Sergeant Howie before he keeps his final, terrible appointment. Indeed, Morlock’s music is highly visual, conjuring up a myriad of bucolic images. 'Sweet Willow' sounds not unlike an ancient, long lost folk ballad (perhaps one that that Cecil Sharp missed); its heathen mood and echoes of 'Willow Wailey' ensure that it is spine chilling in the extreme. Finally, 'Goodnight Little One's mosaic of dispassionate and disturbing voices becomes a momentous and almost orchestral score of analogue keyboards, majestic and deeply moving.

After the music finishes there is a sense of 'what have I just experienced?' This album is immersive; you can lose yourself in there and might just never want to come out again. Once more, a bit like a cult itself. For magic, ceremony, tension and some of the most gorgeous instrumental music you will hear 'The Child Garden’ is a must. Folk horror it most certainly is but it is much more besides. This is a classic vintage synth recording that should have wide appeal and yet also, once again, will be perfect as a cult artefact.

Light the torch, go out amongst the corn. Wear the robes and follow the practices bestowed upon you. But make sure that this is playing as the soundtrack.