The Dream "Get Dreamy" 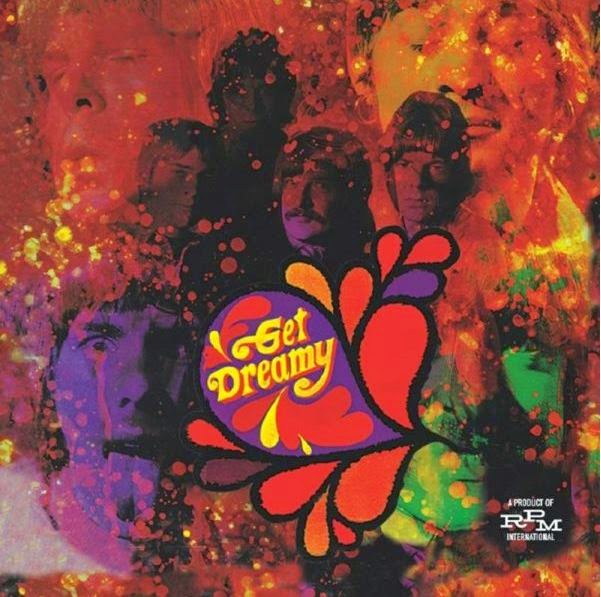 Before Terje Rypdal found acclaim with a string of accomplished jazz albums for ECM in the early seventies, he was in this short lived Norwegian band. Formed at a travelling Stax Revue show, the members of the Dream had all spent time in other popular Norwegian soul and pop acts, but it was the sounds coming from England, notably Hendrix, the Cream, and John Mayall's Bluesbreakers which informed Rypdal and company, with "Get Dreamy" generally regarded as Norway's first psychedelic album.

And psychedelic it certainly is, with Rypdal obviously relishing the opportunity to explore lengthier guitar sections, with some surprisingly exploratory freakouts. The rest of the band know their stuff too, whether it be heavy psych ala "Ain't No Use", white boy blues like "I'm Counting On You" or jazzier material like "Night of the Lonely Organist & His Mysterious Pals", which brings to mind some of the more swinging moments from "Axis: Bold As Love", without suffering too much for being in its considerable shadow.

The songs aren't always quite as memorable as the playing, but they're not the primary focus here, and there are very few moments when the band interplay is anything less than superb. Rydpal sent a copy of the original LP to Hendrix, so that Jimi would hear the track "Hey Jimi", written in tribute to him. Hendrix's copy turned up at auction with a number of other records from his London flat, and was apparently very well played. That in itself should act as the highest possible recommendation of the quality of the ensemble playing here.

RPM's new reissue has one bonus track, the final studio recording from the band. Recorded during its death throes, it eventually saw release on Rydpal's first solo album. It's an infectious Jimmy Smith inspired organ vamp, layered with appealing psychedelic flute chaos. A fitting closer which makes the fact that the Dream couldn't hold it together just a little longer even sadder.