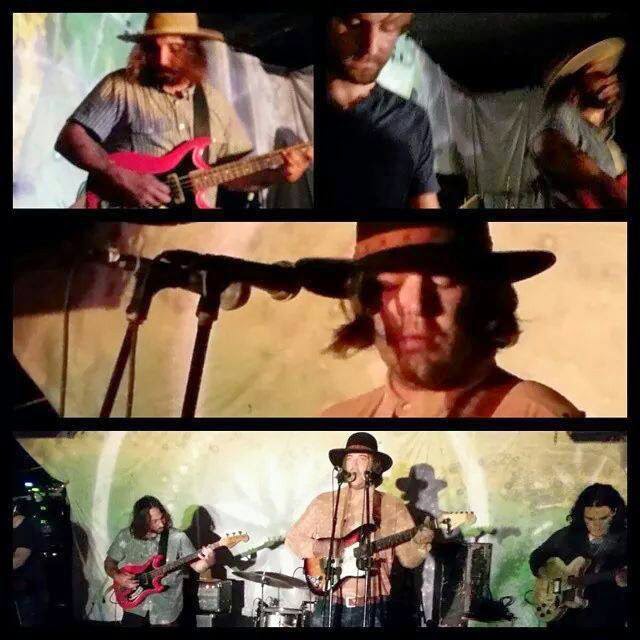 What was the first record you bought?
I picked up the Iggy and the Stooges "I gotta right/ gimme some skin", along with The Mummies "planet of the apes" single at an amazing record store called Off the Record in San Diego back in 98'. It was the first time I had ever heard something that wild and cut throat. Those records changed the game for me.

What was the last record you bought?
Spirit - Twelve Dreams of Dr. Sardonicus

What's one thing about you that very few people know?
I was brought into music by Don Murray of the Turtles. I was originally going to be a percussionist like him, but drums were apparently not on my folk's agenda. I ended up getting a guitar a few years down the road and never looked back. Don once told me before he passed, that he was the original drummer on "Wipeout'. Great dude all around.

If you could record with any one artist who would it be and why?
Arthur Lee of Love. The man may have been off kilter a little, but he knew what he wanted. He could invoke just about any emotion in you with his arrangements. And the structure of his songs were like operatic movements. To stand in the man's shadow would be the most humbling feat, let alone creating that ingenious beauty with him. He was a true master of our time and a genius.

Who should we be listening to right now?
I've been listening to Dahga Bloom "No Curtains". Its not so much on the traditional psychedelic side but more along the lines of Spacemen 3 and Hawkwind. Real pedal mastery, which is pretty much on the opposite side of the spectrum of what I do, but fascinating in the sense that its like hearing a new language for the first time telling the same story.

Vinyl, CD, digital or cassette?
Vinyl of course. Everything else is just convenient. But everything else also lacks the warmth of vinyl.

Tell us about your latest release.
It's a traditional take on 60's California psych. Steering clear of the pop/ teenage angst idealistics that most of our contemporaries are trying to achieve. I wanted to make a timeless tribute to the bands that molded me (Love, Quicksilver, the Byrds) as well as speak to all age demographics about life. Because its not all about holding hands lovingly, being a witch, or any other denomination of confused, young, music lover. Its an album about the many shitty deals life slides across the table and on to your plate, and how we move forward as people after we suck on that lemon. Things we can all relate to. Did I mention you can still dance to all this?

What's next for you, musically?
We just completed a new single featuring Alex from the Black Angels singing. Were also set to play day two of Austin Psych Fest, which is the same day as the 13th Floor Elevators performance. As well as recording another album this Summer.