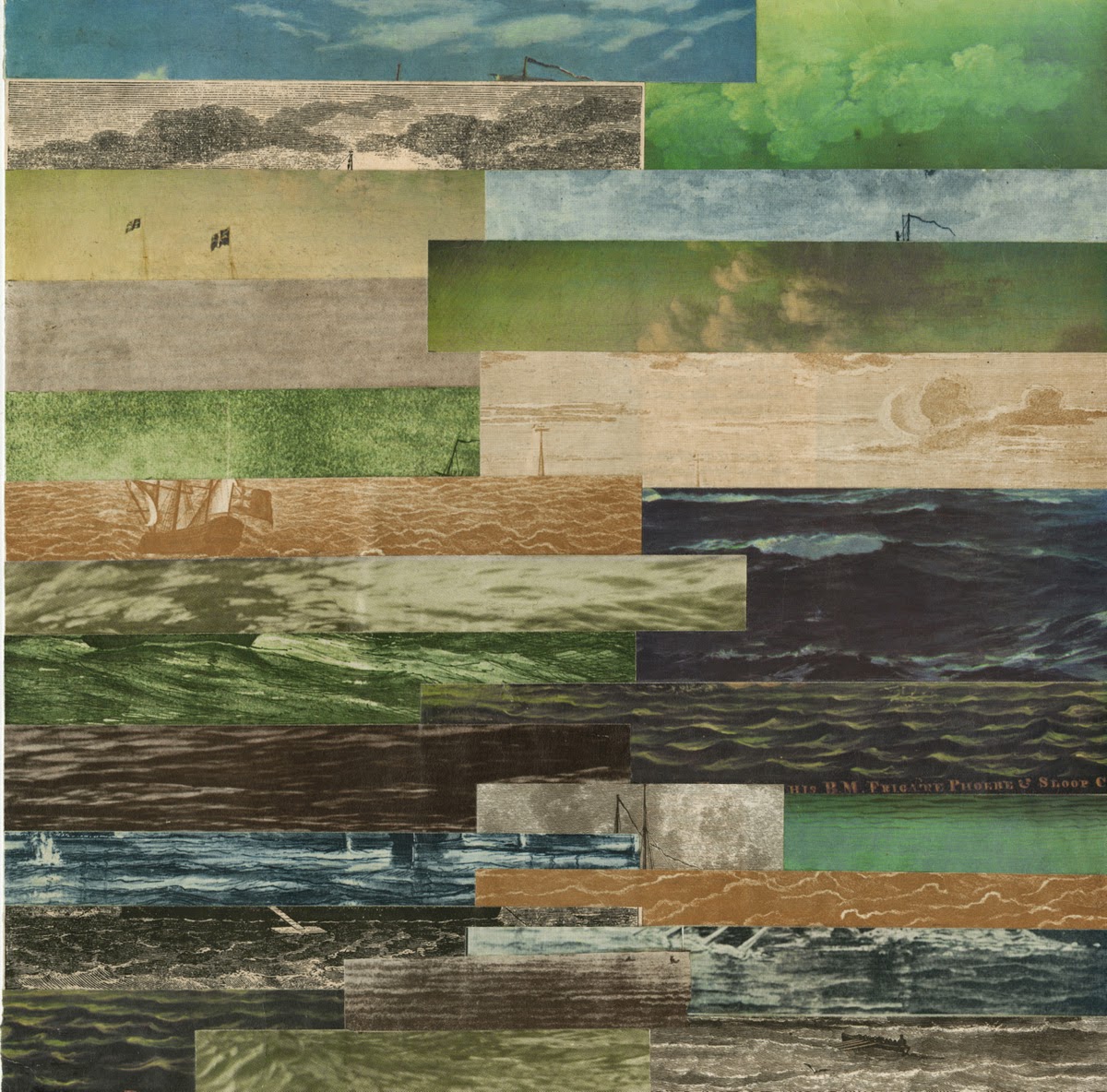 Hudson River Valley's Richard Aufrichtig is the chief protagonist behind Ocean Music and their compelling, and extremely accomplished debut. A driven songwriter, Aufrichtig already has thirteen releases to his name - a tremendous feat as he is only currently in his mid twenties. "Ocean Music" benefits both from the experience garnered from these previous releases, and also from a sense of renewed purpose, and comradery with the supporting cast of Benjamin Engel, Jack Randall, Ben Seretan, Alice Tolan-Mee, Trevor Wilson and Ethan Woods.

At heart, Aufrichtig writes very simple, direct songs, straight from the heart with an emotional intensity that is belied by his relaxed, conversational vocal delivery. It's troubadour music really, but where others may be happy to relate on a one to one basis with their audience in a sparse setting that allows the lyrics to be the sole focus, Aufrichtig has a more sprawling, cinematic setting in mind. While his vocals are always centre stage and very high in the mix, his conspirators here provide an epic soundscape that on the likes of "Fragments / Duino" really make it sound like it's drifting in to shore from somewhere mysterious and unfamiliar.

It's a gorgeous sounding album, which sounds like it's had loads of money thrown at it. The sense of grandeur present on Bon Iver, and Fleet Foxes albums is effortlessly captured here, with its majestic, billowing arrangements perfectly supporting Aufrichtig's engaging, resonant vocals.

It's the sort of album which is going to mean different things to different people, and as such, I don't feel comfortable influencing you with too many of my own interpretations. Suffice to say, that it is an album that will immediately grab your attention, and continue shedding layers of mystery, allowing you a step closer with each listen in a fashion that will keep you coming back increasingly regularly for more.

And you will be left wanting more, so I'm delighted to be able to tell you that Richard already has two further Ocean Music song-cycles recorded, one of which will be released later this year.

And if you're lucky enough to be in the area, you can catch Ocean Music live at Babycastles on April 24th with Active Listener faves The Moonsicles, You lucky, lucky people.

Vinyl, digital, and full stream of this lovely thing can be found here: