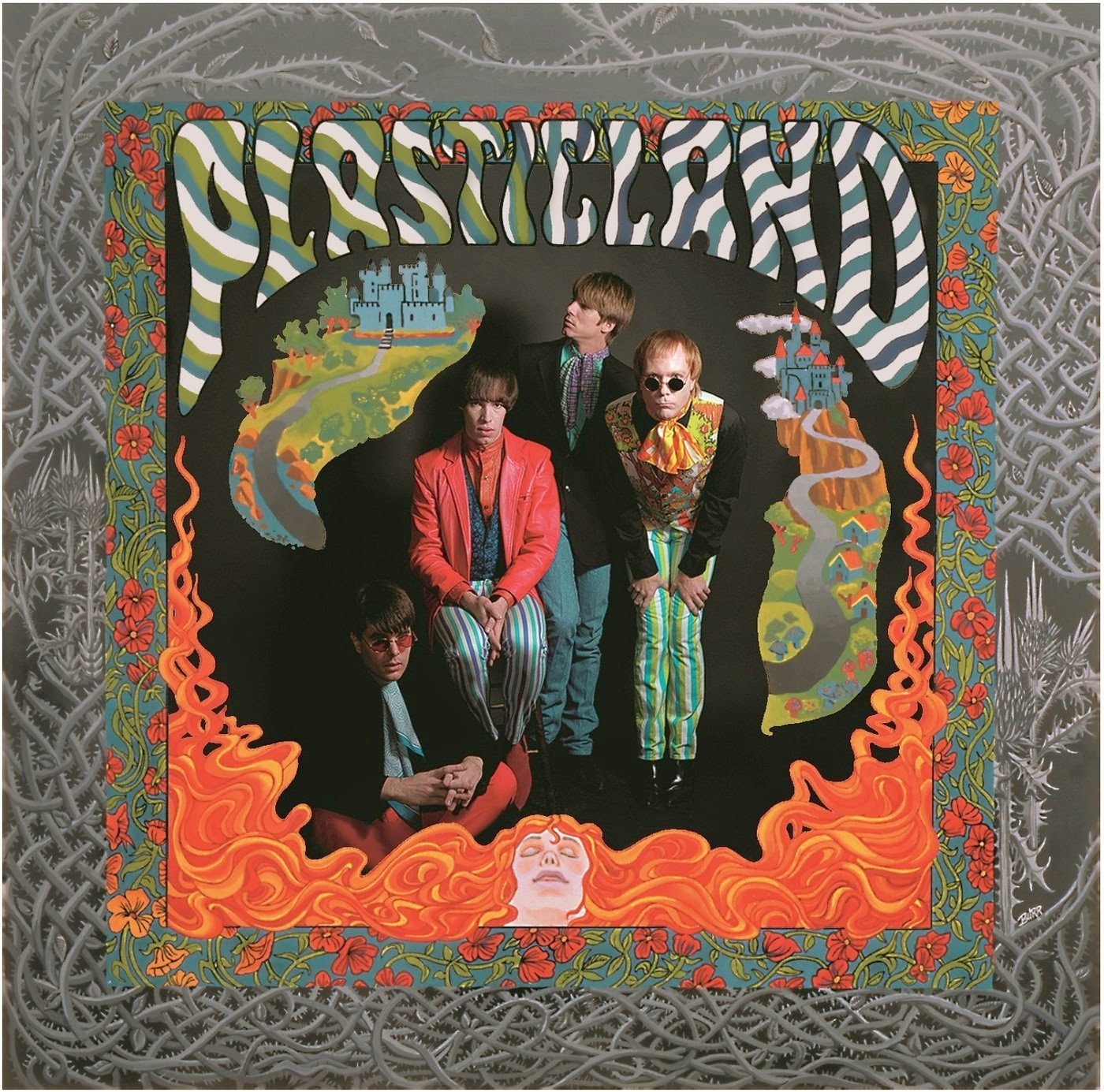 Following on from Cherry Red's excellent new Bevis Frond compilation, here's their other attempt to convince us that the eighties wasn't all about flouro and that tie dye could get a bit of a look in after all.

Formed in 1980, Milwaukee based Plasticland were early trailblazers in the garage revival scene of the era, and where others tended to look to the likes of the Seeds and the Music Machine for inspiration, they cast their net further out, specifically to the U.K psychedelic scene of the late sixties. Obviously the often quaint psych-pop of that era was going to struggle to find an audience in a time where punk was still fresh in everyone's mind, but Plasticland were far from just revivalists. While it's true that their sound has direct links back to that era, they also openly embraced post-punk with a punchy sound that makes their lack of success beyond the margins even more puzzling. Perhaps the world just wasn't ready for their unique mixture of visceral punkishness, and mellotron infused kaleidoscopic dayglo.

Hopefully with this excellent reissue of their debut (also known as "Colour Appreciation") the world may have caught up.

Unusually for a band following in such a direct lineage Plasticland showed little interest in covers - indeed the sleeve notes for this release reveal that the two covers contained within (one of which, The Pretty Thing's "Alexander" is one of their better known tracks) were only attempted to fulfill a contractual obligation, with the band's two key songwriter's Glenn Rehse and John Frankovich having plenty of material of their own they were more inclined to find homes for.

And that material was more than a match for its influences - short, sharp, melodic vignettes that imagine a world where the likes of the Kinks, The Action and of course the Pretty Things were unbound by the laws of time and given free reign to rub shoulders with the Sex Pistols. The production is of its time, but less so than the majority of other recordings from the early eighties, and the occasional overclean production moment does little to bevel off the rough edges that help give Plasticland it's sense of having a foot in two eras without being tied to either.

Recommended. Much more psychedelically inclined than the majority of other garage revival groups of the time, and a pretty gritty contender compared to the paisley underground scene that was beginning to find its feet too.