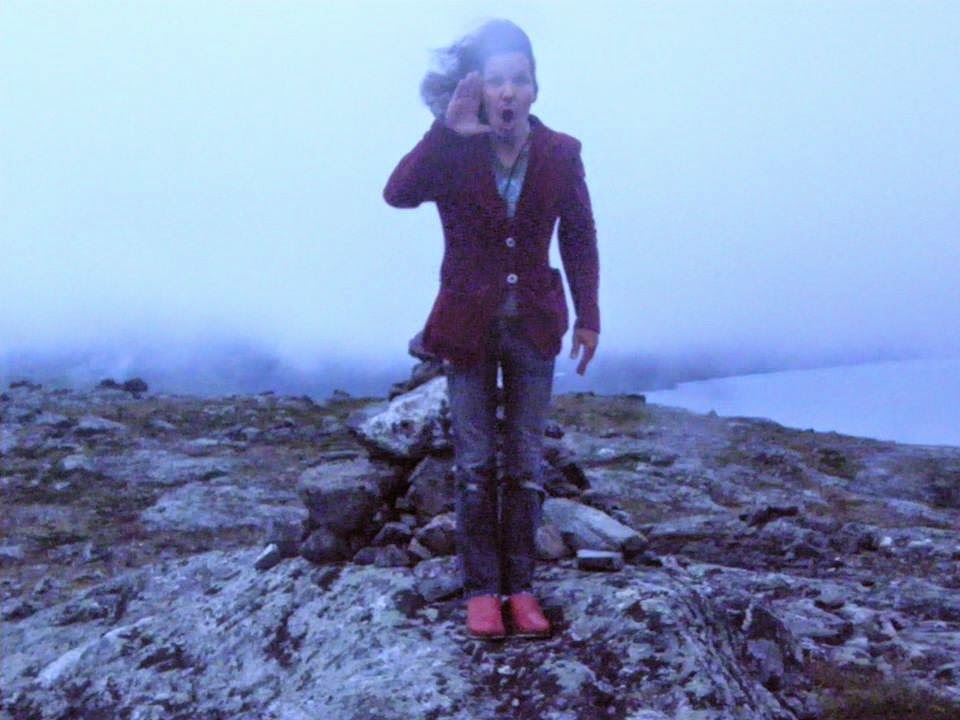 One of our favourite albums of the year so far is "Reverberating Garden Number 7" by Finland's Octopus Syng. We had a bit of a chat with Octopus Syng mastermind Jaire Pätäri. Grab a cup of tea and get comfy.

Reverberating Garden Number 7 is a top album - it's got a real Syd Barrett vibe to it. How much of that was intentional?

I’m actually trying to go further away from Syd's / 60's Pink Floyd's domain in my song writing / in our music making process all the time, but Syd's / Pink Floyd's style of music is such a basic archetype in old school psych music that it is hard to avoid. (And if you don't have Syd, you usually have The Beatles, The Rolling Stones or The Doors archetype anyway). Maybe there are some intentional influences from Syd / Pink Floyd sometimes, but mostly they are subconscious influences. And sometimes I feel that people hear the Syd influences in some of our songs although there's nothing about Syd in them in my opinion anyway!

What was your aim when you were recording the album? Did you have a big picture in mind or is it just a case of "these are the songs I have, and this is how it's turned out"?

Our plan was to make as intact and whole a record as possible. We wanted to make a many-sided album with a very personal and unique sound and vibes that wouldn't sound like any other band other than Octopus Syng. Obviously we failed in this vision a little bit, because people are comparing our album to Syd's / Pink Floyd's songs just like always before (Jaire laughs). Of course we always aim to make the best psychedelic album ever made - an instant classic, a cornerstone in psychedelic music. Can we ever do it? That’s another question, but this is the thing we always aim at.

There was a large gap between the recording of Reverberating Garden Number 7 and the previous album. What's been happening in that time?

A lot of things. After the "Birds of Morning..." album I recorded the next Octopus Syng album "Tree Madness" by myself and got it ready in 2009, but I didn't find any label interested in releasing it, so it became Octopus Syng's 3rd, "lost" album. But when I think about this album afterwards I'm satisfied that no label wanted to release it, because it's not such a good album. I think the songs are good, but the sound is very, very terrible and some lyrics too. At the same time when I got this album ready I broke up my old Octopus Syng live line-up and formed a new line-up (only our current drummer Jukka remains from the old line up) for live performances. After we had played for a couple of years  I realized that the new line-up sounds just like Octopus Syng should sound, so I forgot that one-man band approach in studio. Then we started to make a new album in October 2011 and after many setbacks we are here in 2014 with a new album in our hands.

How do you feel about the way the band and its sound has evolved from those early recordings through to what you're doing now?

Many things have changed since the early Octopus Syng days. It was a one man band earlier, but now it's a real quartet. I suppose we are a better band nowadays, but I think I am the wrong person to give you an answer for it. I'm too close to see the forest. I just see the trees you know.

What's the psych scene like in Finland? Who else should we be listening to there?

Psychedelic scene in Finland… there is nothing you could really call a "psychedelic scene". There is a heavy metal scene, a punk scene, a 50's rock scene etc. but no real psych scene in Finland, only a few psych bands, that's all. I would recommend you Black Lizard, Permanent Clear Light and Death Hawks. Then there's Hidria Spacefolk - they are really good at what they do, but their music style is not for me, but maybe you and your readers would like it.

In terms of classic Finnish psychedelia what are a few classic albums that you would recommend for us to listen to?

Pekka Streng & Tasavallan Presidentti: "Magneettimiehen Kuolema" (1970). I consider it the best psychedelic album ever made. It's better than "Piper" or "Sergeant Pepper" in my mind. Unfortunately (for people who don't understand Finnish) the lyrics are in Finnish. The music on this album is very soft, cosmic and mystical / magical but despite it the lyrics make the real psychedelia on this album. They are so, so cosmic. Not acid lyrics, but real cosmic lyrics about rebirth, karma, death and things like that. But his lyrics are not boring citations from old eastern holy books, they are his own cosmic visions. He was a very psychedelic guy. Unfortunately he died of cancer at the age of 26 in 1975.
Then we have Kingston Wall and their trilogy, titled 1, 2 and 3; three albums released in 1992, 1993 and 1994. Sadly their leader / guitarist / singer Petri Walli ended his own life at 26. Put Indian ragas, 60's psychedelic / 70's progressive rock and vibes of Lapland’s midnight summer nights, so called "Suomi-soundi" (Finland sound) and mix them together. Then you are very close to Kingston Wall's sound. Highly recommend!
And then there is Dark Sun and their only real studio album "Feed Your Mind" (1997). This is really psychedelic, space rock stuff. Highly recommended too!

How do you feel about the psychedelia tag? A number of the bands that I cover don't feel like it applies to their music, or admit that they're trying to distance themselves from the tag because of the loose way it's used by the mainstream music press now.

Of course it's always a little bit silly to define a band's music - "you are psychedelic stuff and you are punk rock etc.", but on the other hand, how could you easily describe a band's music if you can't use different tags? When I think about our music, what other tag could you or I use to describe our music other than psychedelia, because it is psychedelic music although after all it's just music. Tags don't matter.

Any plans for what is to come next from Octopus Syng?

Now we want to concentrate on playing more gigs but also making our next recording projects ready at the same time without hurry. We'd like to play some gigs abroad, but there is always the same old problem; money. We have a gig in Cardigan, Wales, on the 2nd of August with Sendelica. It will be nice, but I hope we will have more gigs abroad too in future. There will be a very limited CD-R release of archive material on Reverb Worship later this year. Then we’d like to put out our "Ghost" 7" EP next autumn. I don't know if Mega Dodo will be interested in putting it out too, but if they are we'd love to put it out on Mega Dodo. Then I have recorded songs for Rochelle Salt 7" EP (my one man band project under the title Octopus Syng) and then we are making our next album too. If we could put it out during the Spring / Summer of 2015 it would be great, but let's see what happens. This is one of the appeals of life. You can never know what is waiting for you around the corner: something good, something bad or nothing at all.

Check out our review of  "Reverberating Garden Number 7" here.

The album can be streamed in full or purchased here: