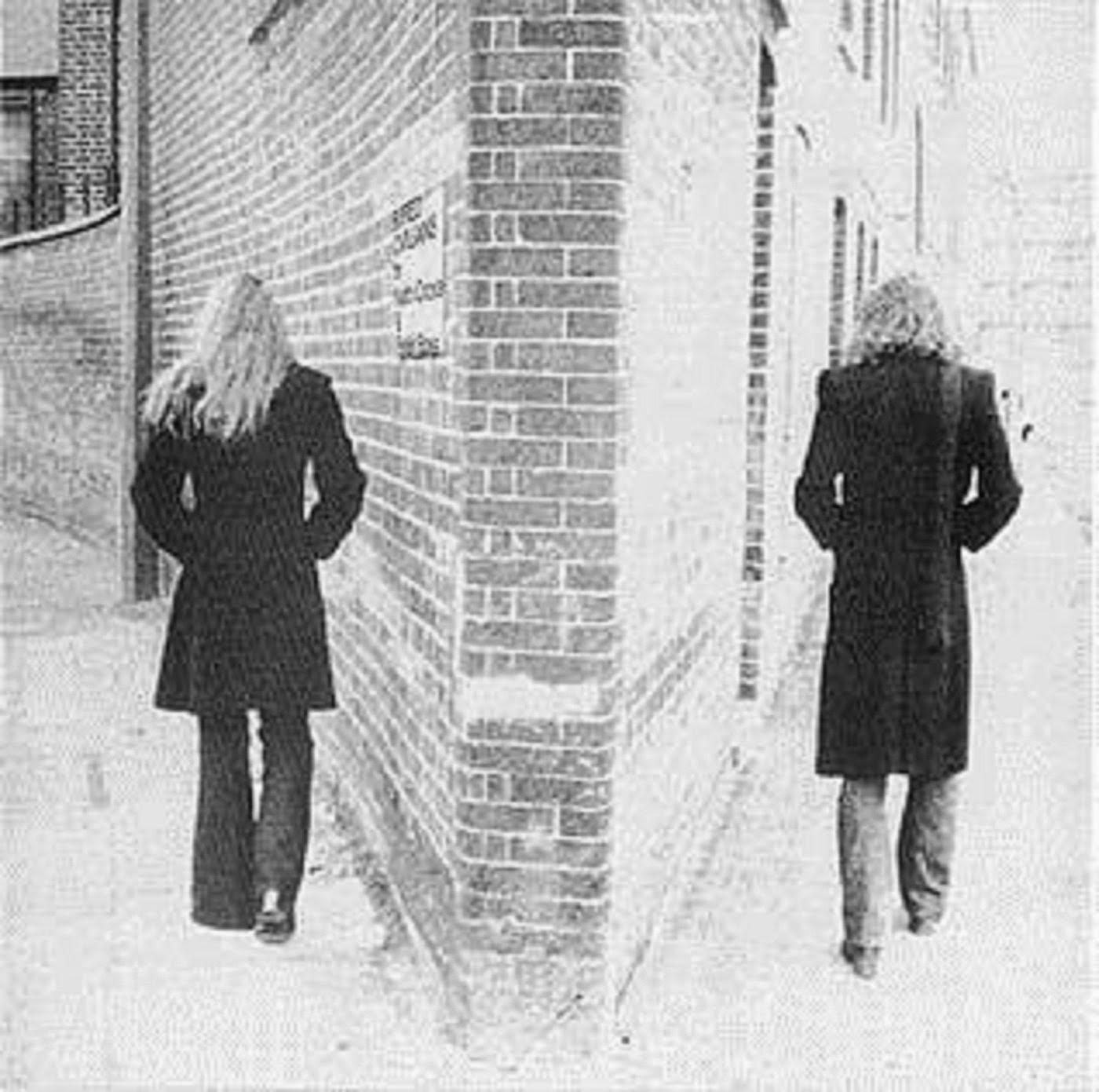 By 1972 guitarist Keith Cross had already developed a reputation as the next potential Clapton, a tag that while not quite as damaging as the next Dylan tag that was being applied liberally to almost anyone, invariably had the same effect of diluting the artist's own personality and creating an image that was near impossible to live up to. Cross, by this point had two excellent future collectibles under his belt in the shape of the Bulldog Breed's excellent modish psych-rock album "Made In England", followed closely by T2's "It'll All Work Out In Boomland", a heavy guitar based proto-prog album that really allowed his guitar playing to take flight.

So come 1972, there were two directions he could potentially take, and perhaps a little surprisingly he bypassed the more obvious full on progressive rock route, and joining forces with fellow singer guitarist Peter Ross who'd been working with Richard Thompson), they settled on a more rootsy, Americanized sound that leaned heavily on the then popular Laurel Canyon sound with a distinct West Coast tinge.

"Bored Civilians" is the result of this collaboration, and the last that either had to do with recorded music. It's easy to see how its lack of success would have left them disillusioned too - it's a very solid effort, and with guest appearances by Caravan's Jimmy Hastings, Brinsley Schwartz's Nick Lowe and Cochise's B.J Cole among a host of others, it certainly had the firepower that should have led to quite a bit of exposure if it had been promoted with any sense of urgency .

It's mostly acoustic based, but that doesn't mean that the flourishing progressive rock scene surrounding them isn't given a look in - while complex time signatures and endless solos aren't really the order of the day here, these are much more complicated, multi-faceted songs than you would find on the works of their contemporaries. Lengthy stand out track "Story to a Friend" even has a middle section that sounds a lot like Pink Floyd's "Any Colour You Like" would have sounded if they'd recorded it for "Wish You Were Here", with Hastings' flute work a dead ringer for Richard Wright's synthesizer tones on that later album - interesting as this pre-dates the release of both of these Floyd works (although Floyd were gigging "Dark Side" material around this time).

Of the two, Ross has a voice that sounds less like a product of its time, with Cross's voice a mixture of Mike Patto and eco-warrior / protest era McCartney (think "Wild Life"),  often straying into an earnestness that collectors of the era will find easy to forgive, but which may prove harder to swallow for more contemporary listeners. This is a real pity as these are generally top notch songs that could perhaps do with a little more variety in terms of tempo, but are otherwise representative of the topper echelon of their era.  Opener "The Last Ocean Rider" is a lively opener with a fabulous second half that gives Cross the opportunity to spar impressively with BJ Cole's pedal steel. Their take on Fotheringay's "Peace In The End" is a sprightly, pastoral reinvention that could have provided the hit that this album really needed to take off (Ross's "The Dead Salute" could have provided a similar breakthrough), but perhaps most impressive (bar the gorgeous progginess of "Story to a Friend") is the ornate orchestration that closes the album on "Fly Home" a gorgeous and stately closer that hammers home the musical ambition that this duo display in droves here.

Esoteric have met their normal standards of excellence with this new remaster which includes two b-sides as bonus tracks.