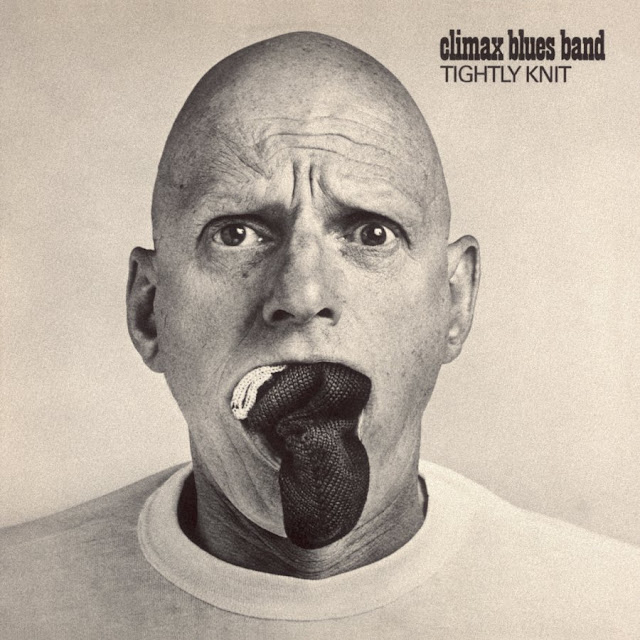 When last we left Climax Blues Band, they had followed up the near-perfect Plays On with an album that found them regressing from that album's progressive sounds. The next three albums in Esoteric's catalog reissue documents a band on the verge of greatness.

Album number four, Tightly Knit, released in 1971, found the quintet honing their sound. Once again joined by Chris Thomas, the band pulled back the uncomfortable hard-rock tendencies of A Lot of Bottle, blending their long-running blues style with a more accessible sound, as heard on the jaunty, FM-radio friendly "Toward the Sun" and the catchy singalong chant of "That's All." Thankfully, on "Who Killed McSwiggin" and "Bide My Time," they bring back some of the psych-rock playfulness of Plays On that was sorely lacking on their previous record. Still, the blues runs through their sound, and the one-two punch of "Hey Mama" and "Shoot Her If She Runs" made for a rewarding combination. While a definite improvement on its predecessor, one wonders if Tightly Knit's lack of commercial success was due to what is easily one of the worst album covers of the 1970s. It doesn't really matter that it was made by legendary design team  Hipgnosis either; it's bizarre imagery is quite unappealing.

Rich Man, released in 1972, was an amazing stylistic leap forward for the veteran band. Rich Man was a transitional album in two important ways. First, the band had whittled down to a four-piece, losing keyboard player Arthur Wood and drummer George Newsome. Rich Man also marked first time the band did not work with Chris Thomas, instead opting to work with American producer Richard Gottehrer, The change is instantly notable. "Rich Man" is a slick, harmony-laden number that deftly blends the best elements of the band's different stylistic talents into a style that is taut, hard, different enough to be a distinctive maturation in sound, whilst possessing a sound that would be instantly familiar to old fans. It's a very American-sounding record, a hard rock record that feels fresh and new. Gottehrer prodded the band out of its creative rut, inspiring arrangements focusing on harmonies over funky rhythms ("Standing By A River") with a blues-and-country-rock hybrid that would soon come into fashion ("All The Time In The World," "You Make Me Sick"). It feels very much like the work of a band on the cusp of something great, one that would bear much fruit in follow-up records. In its own way, this is as exciting an album as Plays On, even if it lacks the sonic innovation of that album.

FM Live, the band's sixth album, shows that they too knew they were on the cusp of greatness. The show (presented here on disc in its entirety for the first time) was recorded in New York on their Rich Man tour. It's a tight set that's packed with great material--drawn mainly from Rich Man--a handful of covers, and "I Am Constant," a straight-up pop song that would be a highlight of their next album. It's a catchy tune that hinted at greatness to come. One also senses their awareness of their success in the US; "Rich Man" had placed on the Top 200 in the charts, and FM--released as a double album in the USA well before release in their homeland--is not only a great set, but a wonderful introduction to the band. One wonders if it was designed to serve that purpose for an American audience; considering it was stripped to a single disc for the rest of the world. It's not hard to imagine that the band's sights were set on America.
At the beginning of the show, the emcee states that Climax Blues Band is "a group you will know a year from now is super" [sic], and he was right. FM Live is an enjoyable live show of a band that definitely was about to break big.