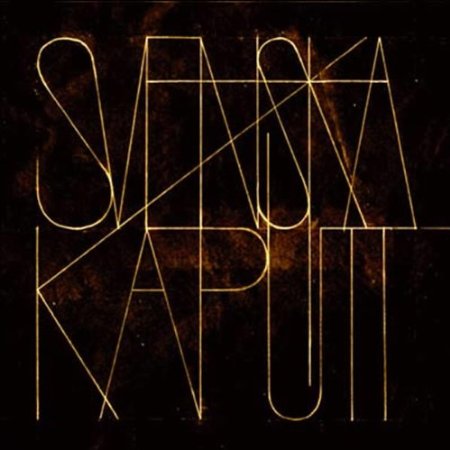 Svenska Kaputt’s self-titled debut album is the type of record it seems like nobody is making anymore. A jazz fusion record that takes Soft Machine's "4" and Miles Davis' "Bitches Brew", mixes that with the vibes of the Subliminal Records catalog, and funnels it out into more accessible sounds (ie- no LP side long songs/ jams) in 2013? As soon as I heard about this release, I did anything possible to find a copy, and this does not disappoint.
For those not versed in this psychedelic jazz fusion hybrid yet, this is a great entry point because, as mentioned earlier, the “accessibility” of this is partly due to half of Dungen being present (Reine Fiske and Johan Holmegard). The collective also features jazz vets Jonas Kullhammar and Torbjörn Zetterberg. These are four highly skilled players on their own accord, but as they begin to gel here and things open up, the results of the unit are hypnotic. Interestingly enough, the first few minutes of the LP sound like something from Floyd’s Pompeii, with haunting piano melodies and ethereal guitar effects creating an oddly familiar landscape. Once the band kicks in, and the saxophone takes over, shades of Impulse era John Coltrane come to the fore.
Side two kicks off with “Over Surnadal”, featuring fuzzed out bass, light percussion, subtle guitar textures and a sax lead, and is more of something you’d expect from the early 70’s King Crimson songbook than from something in the jazz realm. Great stuff here! “Syster Per” is the standout, with the melody stuck in my head for a few days after each subsequent listening.
Seek this one out if you can (the LP is a beautiful brown colored pressing in a really nice gatefold , but the pressing is super limited so act immediately), and hope that they play near you, because, if their studio recordings are any indication, I am positive Svenska Kaputt live shows must kill.