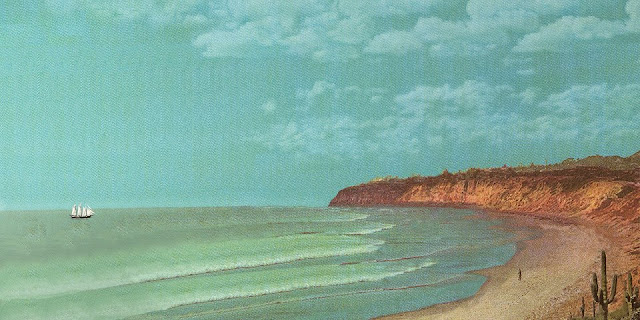 Let me introduce you to your new favorite band.
The Swedish duo of Sven Fröberg and Fredrick Persson, collectively known as the Greek Theatre have a debut album "Lost Out At Sea" due out on July 1st, which draws upon the spirit of late sixties / early seventies West Coast America in the same manner as the Kontiki Suite and Jonathan Wilson.
And a marvelous thing it is too.
"Frozen Highway" may be the most beautiful song I've heard this year.
Keep an eye out for a more in-depth review next week, but in the meantime enjoy this stream of the whole album here.