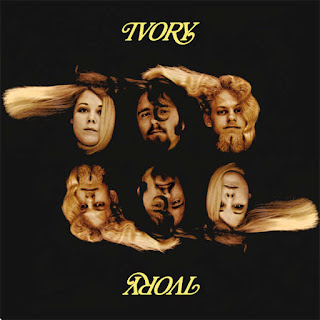 Ivory - Ivory
Guerssen Records
Guerssen have a knack for digging up quality psychedelic records that I've never heard, or in this case even heard of. Which is a wonder in Ivory's case as this was a major label (Polydor) release back in 1968, and Ivory's blend of Jefferson Airplane style psychedelia, with some evil sounding fuzz guitar leads, heavy use of organ and strong dual male/female vocals with an impressive Grace Slick soundalike certainly seems to tick all the right boxes. Maybe the absence of an obvious standout track for a single scuppered things, but as an album this is a very consistent artifact with great period flavor. Well worth investigating.
Available here. 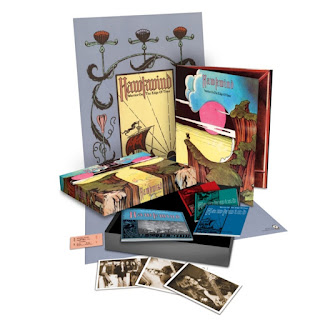 Hawkwind - Warrior on the Edge of Time
Atomhenge Records
I admit reviewing this in these pages is akin to recommending the Bible to a Christian, but Atomhenge have done a great job here with Hawkwind's 1975 opus. Obviously you need to own this album in some format, and this is the best reissue you're likely to ever come across so quit holding out! There are three versions to choose from
- single disc with a fresh 2013 remaster and b-side "Motorhead"
- 2CD + DVD edition with the 2013 remaster, unreleased and rare tracks, a Steven Wilson stereo mix, and a Steven Wilson surround mix,
- and super deluxe box set featuring vinyl, Steven Wilson remixes, new mixes, flat master transfer, unreleased and rare tracks
Great quality control all around.
Single disc available here.
2CD + DVD available here.
Super Deluxe Box Set available here. 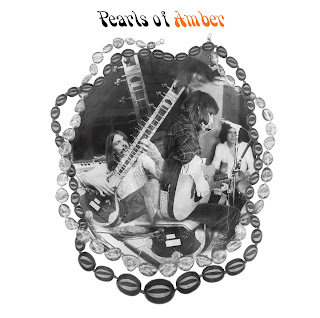 Amber - Pearls of Amber
Merlins Nose Records
Long bootlegged with dodgyish sound quality, Merlins Nose have rescued this classic E.P from obscurity and the new found fidelity reveals it to be something of an acid folk classic. Originally released as a 10" in 1971 by the duo of Julian McAllister and Keith MacLead (the original Hurdy Gurdy Man) , "Pearls of Amber" is a short (24 minutes) but essential psych folk holy grail. Acoustic based with plentiful use of tabla and sitar, this compares very favorably to Donovan's albums of a few years earlier, and will also please Quintessence fans. McAllister's vocal delivery has a pleasing folk twang that recalls Bert Jansch, while the songwriting is uniformly top notch, especially on "Sea Shell Rock Me" and "Sing on the Sunlight".
Available here. 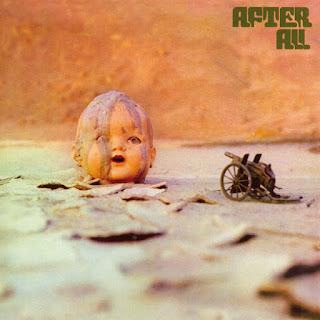 After All - After All
Guerssen Records
Originally released in 1969, this is a very accomplished and forward thinking piece of progressive rock, that was well ahead of it's time. With it's creepy baby doll sleeve art and distinctly English blend of prog rock and jazz, it's hard to believe that this isn't from the first wave of Vertigo releases, but actually the work of a Florida based group. Geographical unlikeliness aside, this is complex organ heavy proto prog with vocals that sound alot like David Clayton Thomas. Not particularly distinguished on the songwriting side, but definitely something that should be investigated by those who enjoy the instrumental prowess of early proto proggers like Cressida and Beggars Opera.
Available here.